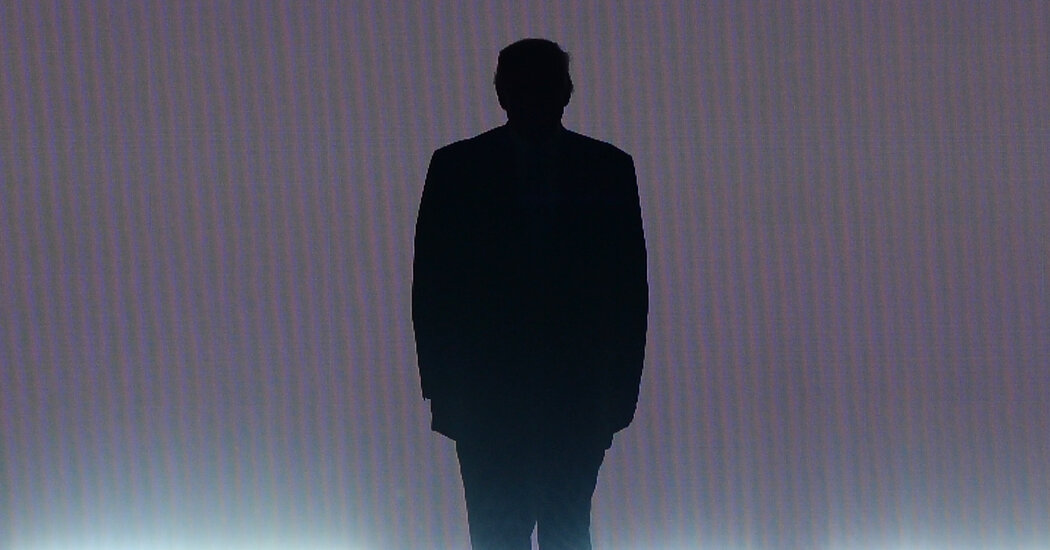 Last fall and winter, the president of the United States attempted, with ineffectual strategy but violent consequences, to pressure Republicans to overturn an election that he quite clearly lost. Now he reportedly believes that swing-state “audits” will somehow reinstall him in the White House by the end of summer. Many of the courtiers who encouraged his earlier delusions are still busily at work; one of them, Michael Flynn, recently suggested (before backpedaling) that the United States needed a Myanmar-style military coup.

This is not an ideal state of affairs. Making it considerably less ideal is the strong evidence that should he want it, the 2024 G.O.P. nomination will be Donald Trump’s to take.

So what needs to happen to keep Trump’s dreampolitik from spilling over into reality again, in the way of Jan. 6 or in some more destabilizing form?

The first theory, held by many liberals and centrists and a few anti-Trump conservatives, is that we’re in a continuing emergency that will end in one of two ways: Either a Democratic Congress will enact far-reaching electoral reforms that decisively weaken the current G.O.P., or else Trump and his supporters will make a more effective and destructive bid to steal the 2024 election.

Under this theory, non-Trumpist Republicans should be speaking out constantly, in the model of Liz Cheney, against the threat Trump poses to democracy. The Biden White House should give up on bipartisanship and spend its capital trying to kill the filibuster and go big on voting rights. And Joe Manchin and Kyrsten Sinema should be reminded daily that it will be their fault when the crisis comes.

At the moment, however, this theory appears to be a counsel of despair, since not only Manchin and Sinema but other Democratic senators using them as cover have little appetite for the maximalism that it demands.

But these cautious Democrats, and their sympathizers inside the Biden White House, would deny that they are sleepwalking into crisis. Their theory is that normal politics defeated Trump in 2020 and normal politics can do it again. If you don’t want Republicans to conduct election shenanigans in 2024, then your goal should be to hold the House and Senate in 2022, and you’re more likely to do that if your party is perceived as open to bipartisanship; laser-focused on the economy; and opposed by obstructionist extremists.

If you spend all your energy breaking the filibuster, by contrast, you will leave your own moderate senators more exposed (meaning not just Sinema or Manchin, but also figures like Maggie Hassan, up for re-election in New Hampshire after winning last time by about 1,000 votes) for the sake of a voting-rights bill that might not have a major effect on Democratic turnout and wouldn’t necessarily forestall the postelection power grabs that Trump urged on Republicans last fall. Far better to dare the G.O.P. to filibuster popular bills, use reconciliation to pass your economic agenda, and have the recovery and Biden’s moderate image rather than constitutional revolution as your sales pitch to suburban voters in 2022.

If the emergency theory seems despairing, the moderate theory seems like it could benefit from a little more strategic thinking, especially about what kind of legislation would prevent some future subversion of the vote. (A reform to the bafflingly complex Electoral Count Act of 1887 seems like a place to start.)

And if the moderate theory appears cautious and unheroic, well, it’s got nothing on the unheroic inactivity of most Republicans hoping to defang Trumpism, who have convinced themselves that the way to avoid a worse replay of the 2020 endgame is not to fight him openly at all.

But this craven unheroism, which ushered Cheney out of the Republican leadership, is not actually crazy. Let’s assume that polarization and the fear of liberalism will keep Republicans competitive in almost any circumstance. In that case, as Andrew Prokop pointed out last month, making internal G.O.P. politics a sustained referendum on anti-Trumpism might just magnify his power, help his worst loyalists win primaries, and increase his capacity to demand destructive things.

Whereas if responsible Republican officeholders ignore him they can hope to outlast him, and even if he takes the nomination again they will still be there (unlike Cheney, or Jeff Flake, or Justin Amash, or …) to play the same role they played in the aftermath of 2020, when none of the crucial Republican governors or secretaries of state (or for that matter Trump-appointed Supreme Court justices) went along with Trump’s more outrageous, election-overturning demands.

This is the point when I’m supposed to tell you which of these three approaches will actually Stop Trump and which will ignominiously fail. But the frustrating truth is that as adaptations to the unprecedented weirdness of the Trump phenomenon, all three attitudes — maximalist, moderate and deliberately inactive — seem somewhat reasonable.

Which means, in our era of guaranteed surprises, that all three will probably be rendered irrelevant by some turn of events between now and 2024.