Former President Donald Trump revealed he received a booster shot of the COVID-19 vaccine, drawing boos from a crowd in Dallas Sunday night.

Trump made the disclosure during the final stop of “The History Tour,” a live interview show he has been doing with former Fox News host Bill O’Reilly.

“Both the president and I are vaxxed,” O’Reilly said at the American Airlines Center, drawing some jeers from the audience, according to a video shared online by O’Reilly’s “No Spin News.”

“Did you get the booster?” he asked the former president. “Yes,” Trump responded. “I got it, too,” O’Reilly said, eliciting more hectoring. 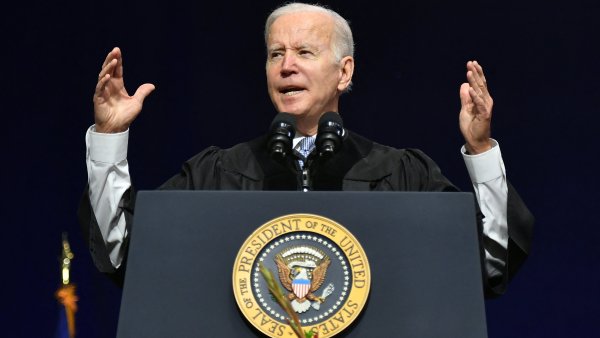 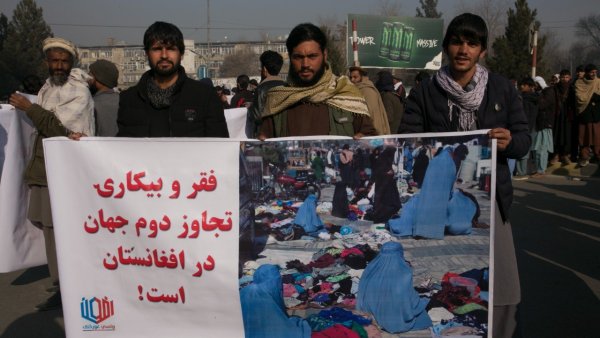 
‘Let Us Eat’: Protesters in Kabul Call for Release of Afghanistan’s Frozen Assets

While Trump has expressed opposition to vaccine mandates, he has long taken credit for the vaccines developed on his watch. At the same time, he has refused to urge his supporters to take them, even though Republicans remain far less likely than Democrats to be protected.

For instance, while other world leaders, including former Vice President Mike Pence, President Joe Biden, and Vice President Kamala Harris, received their doses publicly to promote the lifesaving medicine, Trump chose to receive his in private — an acknowledgment of the unpopularity of the vaccine with large swaths of his base.

And while he has blamed the Biden administration for high levels of vaccine skepticism, he repeatedly undermined public health recommendations while in office, encouraging the use of unproven treatments and playing down the threat the virus posed as he tried to prioritize economic recovery and secure a second term.

Trump had told the Wall Street Journal in a September interview that he “probably” wouldn’t get a booster shot.

“I feel like I’m in good shape from that standpoint,” he told the paper. “I’ll look at stuff later on. I’m not against it, but it’s probably not for me.”

The U.S. has been urging all eligible Americans to get booster shots as quickly as possible as the country faces a surge in the new, highly contagious omicron variant. Both Moderna and Pfizer have said that booster shots of their COVID-19 vaccines appear to offer protection against the new strain, which preliminary evidence suggests can better evade vaccines than previous versions.

Trump was hospitalized with COVID-19 in October 2020, weeks before the presidential election, and received experimental monoclonal antibodies treatment.

His former chief of staff, Mark Meadows, revealed in a book released this month that Trump was far sicker than the White House disclosed at the time.

Before the booing, Trump on Sunday told the audience that they should “take credit” for the success of the vaccines developed while he was in office.

“Look, we did something that was historic. We saved tens of millions of lives worldwide. We together, all of us — not me, we — we got a vaccine done, three vaccines done, and tremendous therapeutics,” Trump said. “This was going to ravage the country far beyond what it is right now. Take credit for it. Take credit for it … Don’t let them take it away. Don’t take it away from ourselves.”

“You’re playing right into their hands when you sort of like, ‘Oh the vaccine,”‘ he added. “If you don’t want to take it, you shouldn’t be forced to take it. No mandates,” he said, drawing cheers. “But take credit because we saved tens of millions of lives. Take credit. Don’t let them take that away from you.”

Trump aides did not immediately respond to a request for comment Monday.