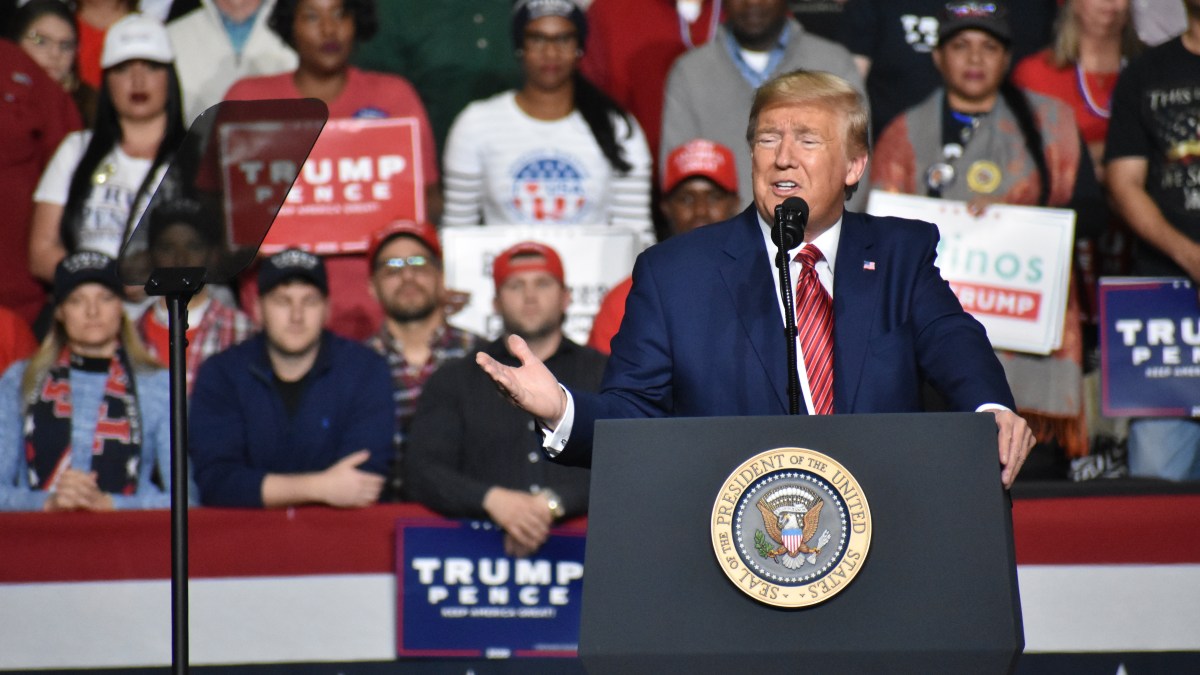 President Donald Trump accused Democrats of “politicizing” the deadly coronavirus during a campaign rally here on Friday, claiming that the outbreak is “their new hoax” as he continued to downplay the risk in the U.S., NBC News reports.

“Now the Democrats are politicizing the coronavirus,” Trump said. “They have no clue, they can’t even count their votes in Iowa.”

“This is their new hoax,” Trump continued, adding that attacking the White House’s response to the coronavirus had become the Democratic Party’s “single talking point.”

Trump has weaponized the word “hoax” throughout his presidency, using it to belittle and discredit former special counsel Robert Mueller’s probe into Russian election interference as well as his impeachment trial.