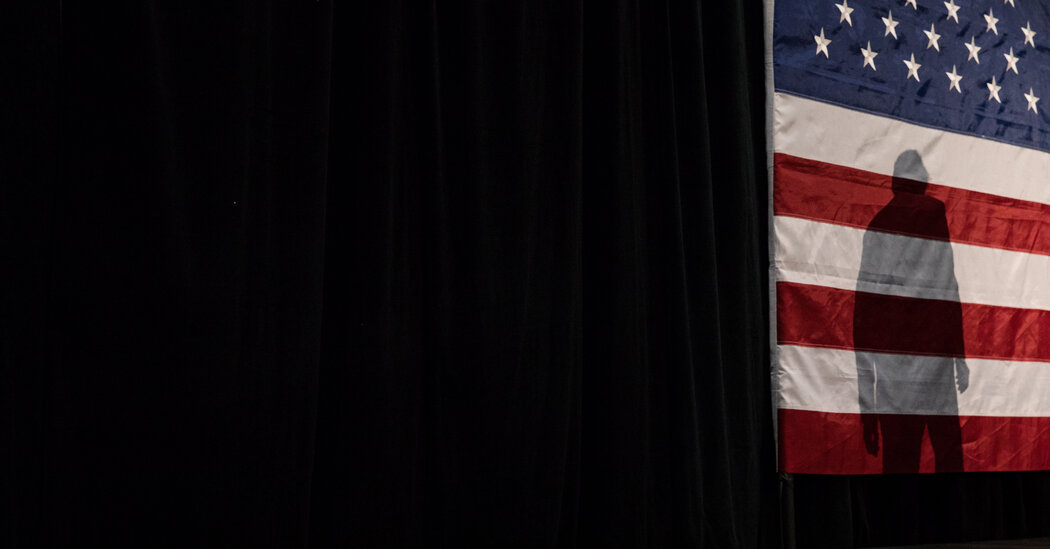 To hear more audio stories from publishers like The New York Times, download Audm for iPhone or Android.

Nearly everyone involved in reporting on, analyzing or forecasting the upcoming presidential election agrees that Donald Trump could win another term in office. But no one save his most dedicated sycophants thinks he could do so with a majority of the public on his side. We have accepted, as a matter of course, that Trump could be constitutionally re-elected through the Electoral College, but not democratically selected by the voting public.

That’s how he won in 2016, and the reason is straightforward. Enough of the president’s base is concentrated in swing states like Florida, Michigan, Pennsylvania and Wisconsin. Because of that fact, he can lose by as many as five million votes and still win an Electoral College majority.

As much as this contradicts our democratic expectations, you can imagine a scenario where, aware of his minority position, Trump governed with an eye toward consensus and popular legitimacy. The Electoral College misfire would have been a problem, but not a dangerous one. Instead, President Trump and his allies embraced this plainly anti-democratic feature of our political system to liberate themselves from majoritarian politics and coalition building. It’s not just that they can win with a plurality, but that they intend to, with no interest in persuading the majority of American voters and no concern for the consequences of that choice.

It was clear from the start of his administration that Trump saw his Electoral College advantage as license for an intentionally divisive style of politics, stoking anger and racial prejudice whenever it seemed politically advantageous. He bases key governing decisions on whether he won a state or group of states in the previous election. If the United States does not have a national strategy for the pandemic, it is at least in part because — as a report in Vanity Fair suggests — the administration originally believed the problem was restricted to “blue” states.

All of this has obviously carried over into the president’s re-election campaign. Trump has made no attempt to win a majority of voters, no effort to bring a skeptical public to his side. Instead, he has directed his energy toward suppressing opposition in hopes of winning by technical knockout for a second time. His chief target right now is the United States Postal Service, whose operation, it almost goes without saying, is critical for the success of mail-in voting.

Because it lowers the barrier to participation and encourages modestly higher turnout, Trump sees vote-by-mail as a threat. “MAIL-IN VOTING WILL LEAD TO MASSIVE FRAUD AND ABUSE,” he tweeted several months ago in a typical attack. “IT WILL ALSO LEAD TO THE END OF OUR GREAT REPUBLICAN PARTY. WE CAN NEVER LET THIS TRAGEDY BEFALL OUR NATION.”

Similarly, after Nevada approved a plan on Monday to send mail-in ballots to all active voters in November, Trump denounced the plan as an “illegal late night coup” that will “make it impossible for Republicans to win the state.”

As if to make his attacks reality, Trump has taken steps to undercut the Postal Service. His newly installed postmaster general — Louis DeJoy, a major campaign donor — has imposed new rules that greatly reduce the flow of mail. In some parts of the country, like Philadelphia, mail collection and delivery has slowed down considerably. For a critical city in a critical swing state, this is deeply concerning.

The Republican Party is all in on the effort to keep the anti-Trump public from casting anti-Trump votes. The Republican National Committee has established a program to “protect the vote” by monitoring polling places, challenging voters deemed suspicious and blocking efforts to expand vote-by-mail or relax voting restrictions. The Trump campaign, likewise, is suing to shape mail-in voting in a way that might give the president a strategic advantage. In Pennsylvania, for example, it wants to keep voters from using officially designated drop boxes for their ballots, forcing them to go through the mail system.

There are still other ways in which Trump is trying to optimize for minoritarian victories. On Monday, his Census Bureau announced it would end all counting efforts a month early, in order to “accelerate completion of data collection and apportionment counts.” It’s a last-minute change that threatens the accuracy of the census, and there’s a strong chance that any undercount will disadvantage Black and immigrant communities, robbing them of resources and representation that will go, instead, to whiter and more rural areas. This won’t affect the upcoming election, but it would shape American politics for the next decade in the Republican Party’s favor.

If all of this succeeds — if he sabotages voting just enough to eke out another Electoral College victory — then Trump will be the first president since the advent of a presidential “popular vote” to win two terms without also winning the most votes. It would be the third such misfire since 2000, another instance in which Democrats won the largest share of voters without winning power.

Yes, everyone knows the rules of American presidential elections. But those rules survived, in part, because this divergence was extremely rare. Before the 2000 election, it had happened only three times: 1824, 1876 and 1888. The Electoral College may not have been the most modern way to conduct a national election, but its outcomes did not consistently violate our democratic intuitions, our collective expectation that one person equals one vote.

For Trump to win, again, without winning the most votes would shatter whatever remaining faith millions of Americans have in the political system. Our simmering legitimacy crisis would almost certainly heat to a boil. After such an outcome, how could you say this was a democracy? How could you say, if you prefer the terminology of the 18th century instead, that this was a republic?

It is true our system was meant to hedge against the “tyranny of the majority.” But that’s why it has multiple and overlapping spheres of representation. The goal was balance, not a system where the arbitrary distribution of voters could meet the abuse of power to produce an almost permanent advantage for one side over the other. That is the tyranny of the minority, which is just another way of saying tyranny.