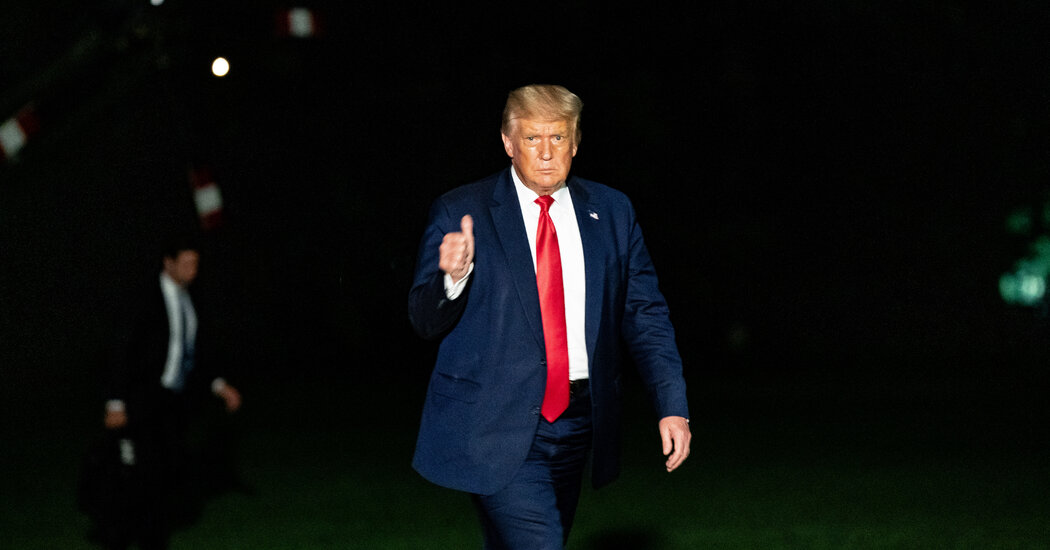 This election is in danger of being stolen. By Donald Trump.

Trump is a win-at-all-costs kind of operator. For him, the rules are like rubber, not fixed but bendable. All structures — laws, conventions, norms — exist for others, those not slick and sly enough to evade them, those not craven enough to break them.

Trump is showing anyone who is willing to see it, in every way possible, that he is willing to do anything to win re-election, and will cry foul if he doesn’t, a scenario that could cause an unprecedented national crisis.

Trump has been on a rampage over voting by mail. Last week he tweeted:

“With Universal Mail-In Voting (not Absentee Voting, which is good), 2020 will be the most INACCURATE & FRAUDULENT Election in history. It will be a great embarrassment to the USA. Delay the Election until people can properly, securely and safely vote???”

Setting aside the fact that Trump has no power to delay the election, he is clearly seeking to undermine the legitimacy of the outcome should he lose. If he wins, he’ll say he did so in spite of fraud, and if he loses, he’ll claim he did so because of it.

In Trump’s world, he is never to blame for failure. He is the best, the greatest ever, like no one has ever seen before. He doesn’t fail. In reality, his life is chock-full of failure.

At the same time Trump is attacking voting by mail, he is undermining the mechanism by which it would be done: the United States Postal Service. This is fueling concerns by many that the Postal Service is being damaged precisely because of Trump opposition to mail-in voting.

As Barack Obama said in his eulogy for John Lewis:

“But even as we sit here, there are those in power who are doing their darnedest to discourage people from voting by closing polling locations, and targeting minorities and students with restrictive I.D. laws, and attacking our voting rights with surgical precision, even undermining the Postal Service in the run-up to an election that is going to be dependent on mailed-in ballots so people don’t get sick.”

Trump is afraid of what the data say: according to a May Gallup poll, 83 percent of Democrats would favor their state allowing all voters to vote by mail or absentee ballot in this year’s presidential election, while only 40 percent of Republicans would.

Trump wants to suppress the votes of those opposed to him because he fears there won’t be enough votes in support of him.

Polls now consistently show him losing to Joe Biden, not only nationally but also in battleground states.

These polls aren’t enough to lock in a victory for Biden, but they have been enough to rattle Trump.

For months now people have been gaming out what will happen if Trump lost the election, doesn’t concede and refuses to leave the White House.

One concern is that he might view the results as invalid and challenge the election in court, which could lead to protracted litigation.

Trump hinted at the prospect of litigation last week, when he said he wanted to know the winner of the election on election night, adding, “I don’t want to see that take place in a week after Nov. 3, or a month or, frankly, with litigation and everything else that can happen, years.”

This could happen. We should put nothing past this man. The words “far-fetched” and “outlandish” don’t exist in the Trump universe.

This is a man who, during the last election, invited assistance from Russia. Since taking office, he has repeatedly doubted or refused to accept his own intelligence services’ conclusion about Russian interference in that election. He has met privately with Putin without the world knowing fully what was discussed. He has instituted policies favorable to Russia. He was even impeached over issues surrounding the assistance from Russia.

And yet, he has said that he would accept assistance from foreign governments again. And yet, when it was reported that there was some intelligence that Russia may have placed a bounty on our troops, Trump refused to condemn that and said that he didn’t even raise the topic in a discussion with Putin.

All of this was unfathomable just a few years ago, and now it’s the reality we are all living. There are no norms under Trump but the consistently abhorrent.

Put nothing past Trump, not even the destruction of the American electoral process.