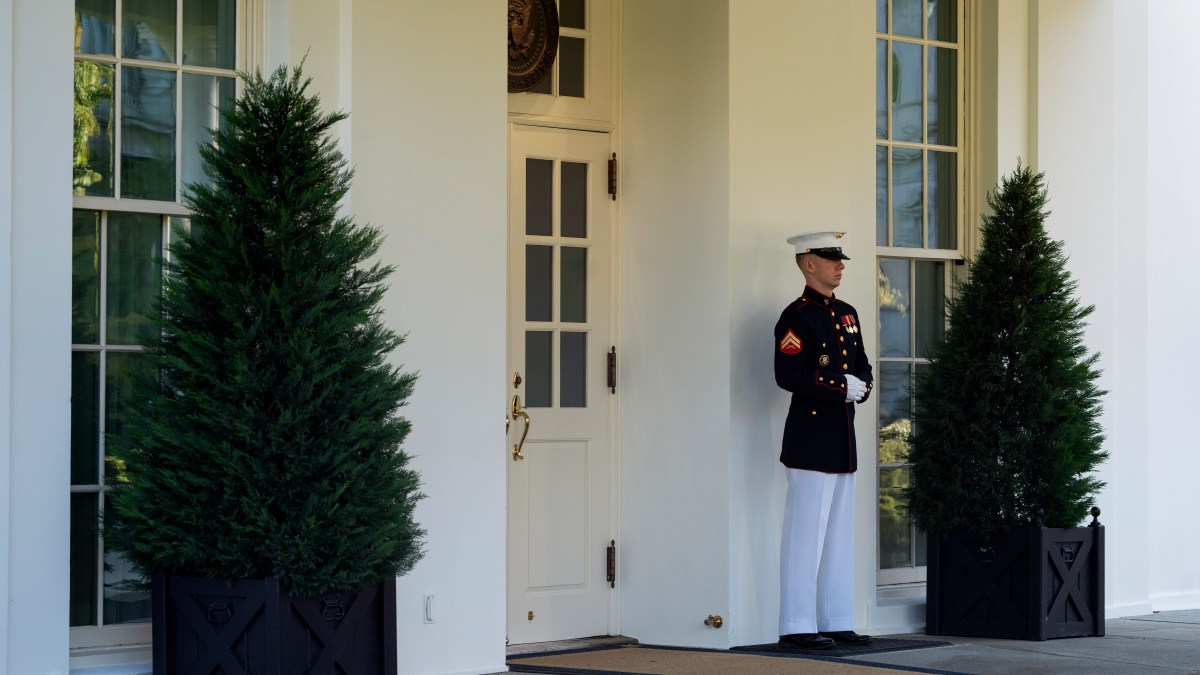 President Donald Trump on Wednesday credited an experimental drug treatment with helping his recovery from COVID-19 and suggested his diagnosis could be a “blessing in disguise” in the nation’s battle against the pandemic. But there is no way for the president or his doctors to know whether the drug had any effect.

In a new White House video posted Wednesday evening, Trump said his illness had shed light on an experimental antibody cocktail that he tied to his improved condition. Seemingly sensitive to the fact that his treatment course has been far more comprehensive than the care received by average Americans, he promised to swiftly get the drug approved for broader use — and distribute it for free — even though he does not have the power to order that himself.

“I want everybody to be given the same treatment as your president, because I feel great,” Trump said in a video from the Rose Garden. “I feel, like, perfect.”

Still, questions continue to swirl about the trajectory of Trump’s recovery and when he might be able to return to normal activities, including campaigning, less than four weeks before Election Day. The video marked Trump’s first appearance before a camera — albeit a White House-operated one —in nearly two days. The White House has released only limited details about his condition and treatment, leading to questions about what lies ahead for Trump.

Trump received an experimental antiviral cocktail made by Regeneron through a “compassionate use” exemption, a recognition of the above-and-beyond standard of care he receives as president. The safety and effectiveness of the drug have not yet been proven. And there is no way for the president or his doctors to know that the drug had any effect. Most people recover from COVID-19.

It’s not the first time the president has trumpeted an unproven treatment. He spent months painting the anti-malarial drug hydroxychloroquine as a miracle treatment for the virus — taking a preventative course himself — even though experts have said it is not effective against COVID-19.

Trump hailed the Regeneron cocktail even as drugmaker Eli Lilly moves forward with its own similar treatment.

Eli Lilly formally asked the Food and Drug Administration on Wednesday to allow emergency use of its experimental antibody based on early results suggesting it reduces symptoms. There is no timetable for the FDA to make a decision, though the agency has moved on such applications within weeks.

Lilly says it could supply as many as 1 million doses of its therapy in the final quarter of 2020, with 100,000 available in October. Regeneron confirms it has also applied for emergency authorization, and said Wednesday it has enough doses for approximately 50,000 patients, and expects 300,000 available within the next few months.

The company said this advance production would allow the treatment to be distributed “immediately” if it were authorized by the FDA.

In the video, Trump continued to play down the threat of the virus, promising those who are ill that they’re going to “get better fast, just like I did.” More than 200,000 people in the U.S. and more than a million worldwide have died from the disease.

Trump posted the video on Twitter not long after aides said he had spent time in the Oval Office for briefings on Hurricane Delta, which is bearing down on the U.S. Gulf Coast, and on economic stimulus prospects —- despite still being contagious two days after he was discharged from Walter Reed National Military Medical Center,

Aides insisted that only limited staff were around him and that he entered the office from the outside to limit exposure.

With national and battleground public opinion polls showing he faces an uphill fight to winning a second term, Trump spent much of his day on Twitter, throwing broadsides against Democrats and pushing lawmakers to take up piecemeal economic aid proposals after nixing negotiations on a broader assistance package.

Trump’s doctor reported that the president continued to make progress in his recovery.

Conley added in a memo that Trump had been symptom-free for over 24 hours, and that his oxygen saturation level and respiratory rate were normal. The memo also said a blood test Monday showed Trump had coronavirus antibodies, substances that fight infection, but he had been given an experimental drug on Friday containing these.

Regeneron says it’s not possible for this type of blood test to distinguish between antibodies Trump’s body may be making and those supplied by the company’s drug. Most likely, the ones detected in the Monday test are from the drug, the company said.

The Centers for Disease Control and Prevention says individuals can discontinue isolation 10 days after symptom onset. While reports of reinfection are rare, the CDC recommends that even people who recover from COVID-19 continue to wear a mask, stay distanced and follow other precautions.

Access to Trump for White House aides has been extremely limited since his discharge. White House chief of staff Mark Meadows and senior adviser Dan Scavino were among those with the president in the Oval Office, according to officials. Those meeting with Trump are required to wear full personal protective gear to minimize their risk.

Trump could have received his briefings elsewhere in the complex, but the president believed it was important that he be seen working from the Oval, according to a White House official who was not authorized to comment publicly and spoke on condition of anonymity.

The president has also begun pondering a resumption of travel and is considering hitting the road next week before the scheduled Oct. 15 presidential debate in Miami. White House officials are confident that Trump will be healthy enough to take part in the debate, and are exploring the prospect of travel earlier depending on the course of his recovery.

One option the campaign is weighing involves visits to Pennsylvania Monday and Michigan Tuesday and another campaign visit to Florida. Another would be for the president to restart travel with the debate and hold a campaign event the following day, according to a campaign official who was not authorized to comment publicly.

Elsewhere in the government, the virus is threatening the top ranks of the U.S. military.

The assistant commandant of the Marine Corps, Gen. Gary L. Thomas, tested positive for the coronavirus, days after he and members of the Joint Chiefs of Staff were in a Pentagon meeting with a Coast Guard leader who was infected with the virus, the service confirmed Wednesday.

Thomas attended a meeting of the Joint Chiefs on Friday. The nation’s top military leaders — including the chairman of the Joint Chiefs of Staff, Gen. Mark Milley, and the vice chairman, Gen. John Hyten — are in quarantine after exposure at that meeting to Adm. Charles W. Ray, the vice commandant of the Coast Guard, who has since tested positive.

Amid the national public health crisis, a personal one, and warning flares from leading economists that the virus-scarred economy badly needs stimulus, Trump pushed out about 60 tweets by early evening praising supporters and eviscerating his opponents.

While Trump continues to minimize the threat of the virus, more aides have been testing positive — including one of his closest advisers, Stephen Miller, who was diagnosed Tuesday. All told, more than a dozen White House staffers have tested positive.

Nonetheless, Trump pushed out video of South Dakota Gov. Kristi Noem speaking of her decision to resist COVID-19 restrictions in her state. He also thanked a supporter who tweeted she “would wade though a sea of COVID infested water to vote for President Trump on November 3rd.”