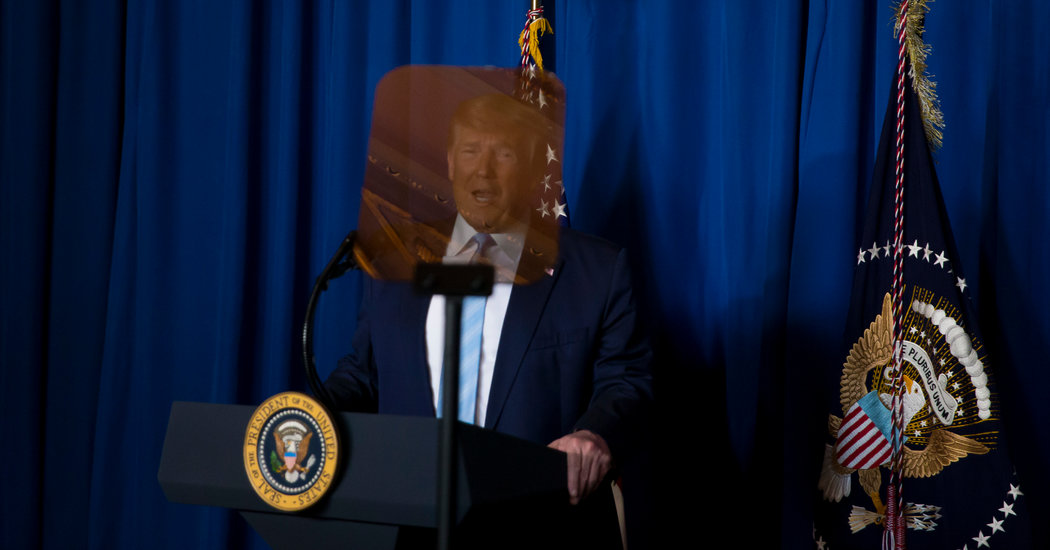 Donald Trump is impulse-driven, ignorant, narcissistic and intellectually dishonest. So you’d think that those of us in the anti-Trump camp would go out of our way to show we’re not like him — that we are judicious, informed, mature and reasonable.

But the events of the past week have shown that the anti-Trump echo chamber is becoming a mirror image of Trump himself — overwrought, uncalibrated and incapable of having an intelligent conversation about any complex policy problem.

For example, there’s a complex policy problem at the heart of this week’s Iran episode. Iran is not powerful because it has a strong economy or military. It is powerful because it sponsors militias across the Middle East, destabilizing regimes and spreading genocide and sectarian cleansing. Over the past few years those militias, orchestrated by Qassim Suleimani, have felt free to operate more in the open with greater destructive effect.

We’re not going to go in and destroy the militias. So how can we keep them in check so they don’t destabilize the region? That’s the hard problem — one that stymied past administrations.

In the Middle East, and wherever there are protracted conflicts, nations have a way to address this problem. They use violence as a form of communication. A nation trying to maintain order will assassinate a terrorism leader or destroy a terrorism facility. The attack says: “Hey, we know we’re in a long-term conflict, but let’s not let it get out of hand. That’s not in either of our interests.”

The attack is a way to seize control of the escalation process and set a boundary marker.

These sorts of operations have risks and rewards. A risk is that it won’t cease the escalation, just accelerate it. The radicals on the other side will get enraged and take to the streets. Their leaders will have to appease that rage.

A reward is that maybe you do halt the escalation. The other side implicitly says: “Message received. We’ll do some face-saving things to appease the streets, but we don’t want this to get out of hand, either.” Another reward is that you’ve managed to eliminate an effective terrorist like Soleimani. Talent doesn’t grow on trees.

The decision to undertake this sort of operation is a matter of weighing risk and reward. And after the Soleimani killing, you saw American security professionals talk in the language of balancing risk and reward. Stanley McChrystal, a retired general, and Michael Mullen, a retired admiral, thought it was worth the risk. Susan Rice, a former national security adviser, thought it wasn’t.

But in the anti-Trump echo chamber, that’s not how most people were thinking. Led by Bernie Sanders and Elizabeth Warren, they avoided the hard, complex problem of how to set boundaries around militias. Instead, they pontificated on the easy question not actually on the table: Should we have a massive invasion of Iran?

A great cry went up from the echo chamber. We’re on the brink of war! Trump is leading us to more endless wars in the Middle East! We’re on the precipice of total chaos! This was not the calibrated language of risk and reward. It was fear-stoking apocalyptic language. By being so overwrought and exaggerated, the echo chamber drowned out any practical conversation about how to stabilize the Middle East so we could have another righteous chorus of “Donald Trump is a monster!”

This is Trump’s ultimate victory. Every argument on every topic is now all about him. Hating Trump together has become the ultimate bonding, attention-grabbing and profit-maximization mechanism for those of us in anti-Trump world. So you get a series of exaggerated fervors — the Mueller report! Impeachment! The Steele dossier! — that lead ultimately nowhere.

Most of this week’s argument about the Middle East wasn’t really about the Middle East. It was all narcissistically about ourselves! Democrats defend terrorists! Republicans are warmongers! Actual Iranians are just bit players in our imperialistic soap opera, the passive recipients of our greatness or perfidy.

The world is more complicated than this cartoon. Love or hate him, Trump has used military force less than any other president since Jimmy Carter. When it comes to foreign policy, he is not like recent Republicans. He is, as my colleague Ross Douthat put it, a Jacksonian figure, wanting to get America out of foreign entanglements while lobbing a few long-distance attacks to ensure the crazy foreigners stick to killing one another and not us.

And this is the final paradox. For all the Sturm und Drang that surrounds Trump, populist Republicans and Democrats are gravitating toward the same foreign policy: We’re in the middle of a clash of civilizations; the Middle East is so screwed up, we should just get out; we’re too stupid/ineffective/racist/imperialistic to do any good there anyway.

We fight viciously about Trump, but underneath, a populist left-right curtain is descending around America, separating us from the Mideast, China, even Europe. The real high-risk move is the one both parties are making together: that if we ignore the world it will ignore us. (It won’t.)

Maybe once the Inflammatory One is finally gone from the scene we can have an intelligent conversation about that.