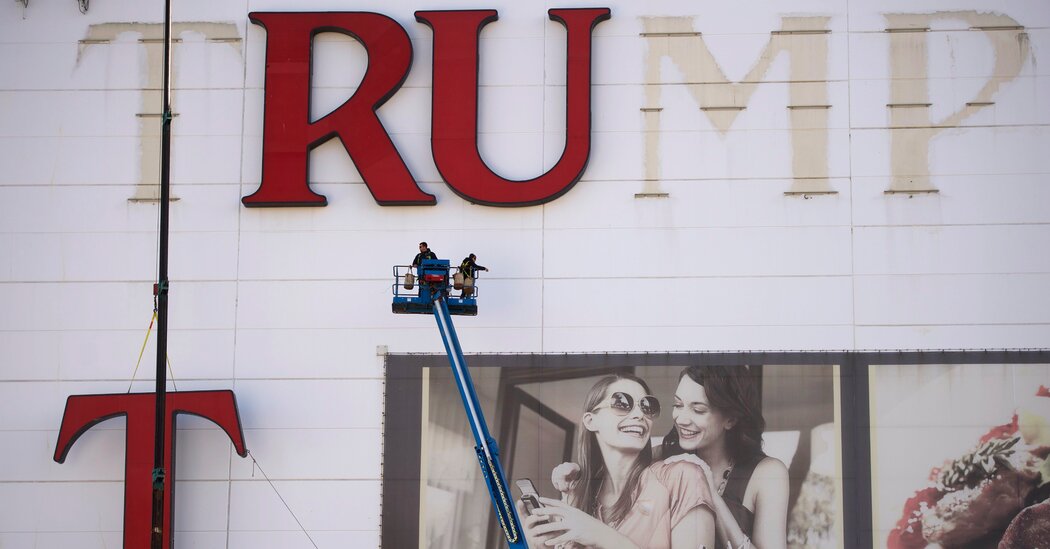 Recast your past failures as successes, engage in meaningless optics, and other tips from the Silicon Valley playbook.

So Donald Trump wants to start a social network and become a tech mogul?

Lucky for him, I am an expert in all things digital, and I’m willing to help. Tech is hard stuff, and new ventures should be attempted with extreme care, especially by those whose history of entrepreneurship is littered with the carcasses of, say, Trump Steaks.

Or Trump Water. Or Trump University. Or Trump magazine. Or Trump Casinos. Or Trump Mortgages. Or Trump Airlines. Or Trump Vodka. Or the Trump pandemic response. Or, of course, the 2020 Trump presidential campaign.

Right from the start, I advise you to embrace your myriad failures as if they’re your best friends. Every failed venture actually went exactly as planned. Give up your distaste for being called a “loser.” Drop your tendency to blame others. Quit falling back on conspiracy theories — which even Sydney “The Kraken” Powell is bailing on.

Instead, use one of Silicon Valley’s favorite excuses for its mistakes, that old Thomas Edison trope: You didn’t fail, but found 10,000 ways that didn’t work. Even if “fail” and “don’t work” are the same thing, in tech these are seen as a badge of honor rather than as a sign that you are terrible at executing a business plan and engage in only meaningless optics.

Which brings us to my next point: Engage in meaningless optics. In Silicon Valley, what people perceive is just as valuable as anything that is actually valuable.

You think 5,000 Beeple JPEGs are worth $70 million? Well, I have a Jack Dorsey tweet for $2.9 million you might want to consider.

Luckily, this fits right in your wheelhouse — a talent that you have displayed in spades since the beginnings of your career.

Instigation and perfidy, in fact, make the perfect formula for a modern-day social network, so you are already well on your way, given your skill set.

Baseless conspiracies? Check. Incessant lies? Check. Crazy ALL-CAP declarations designed to foment anger? Check. Self-aggrandizing though badly spelled streams that actually reveal a profound lack of self-esteem? Check. Link-baiting hateful memes? Double check. Inciting violence over election fraud with both explicit and cryptic messages to your base, in order to get them to think they should attack the Capitol, like, for real? Checkmate — especially if you are former Vice President Mike Pence!

As for Mr. Pence, you must get him to sign on to your platform, along with all the other right-wingers who groveled to you when you were on Twitter.

And that doesn’t mean just the Florida member of the House of Representatives Matt Gaetz, who I assume will do that on any platform, but the whole passel of them, from Ted Cruz to Marjorie Taylor Greene to Marco Rubio to your current nemesis, Mitch McConnell. And, also, wait for it … folks like Alexandria Ocasio Cortez and Bernie Sanders, as well as all those Hollywood celebs who hate-tweet at you, and, of course, all the fake media.

To have an effective social network, you need the whole gang there in order to reach the blessed perfect formula: Enragement equals engagement. You didn’t start the fire — well, maybe you did — but you definitely need to keep stoking it.

It might be challenging to get all of the complex tech to actually work. A social network requires a lot of it, including servers, apps and content moderation tools. You’ll need a whole army of geeks whom you’ll have to pay real money. (If you don’t, they will cyberhack you back to Queens.)

And since all of this will be quite pricey, I suppose you could take over the pretty much defunct Parler. Its previous chief executive said in an interview with me that the platform wasn’t responsible for any of the post-presidential-election chaos, and that got the service thrown off all kinds of back-end platforms run by Google, Apple and Amazon.

Still, Parler may be on life support, but the tech is already built — and the platform is already full of deplorables, or, um, “patriots,” who happen to believe more in QAnon wingnut ideas than in the Constitution.

Also, you should think about having a fresh kombucha station at HQ.

As for your future competitors … Twitter has seen its shares rise sharply since it tossed you off for life. You still might get a reprieve over at Facebook, where an oversight board is contemplating your fate. We’ll see what the chief executive, Mark Zuckerberg, decides after the board makes a ruling.

Keep in mind, Mr. Zuckerberg really is the most powerful man in the world; that was even the case when you were in the Oval Office. And while he once bear-hugged your administration, he is now sidling up to President Biden.

Try to ignore that and learn to like your fellow tech moguls. You will be on their side. You’ll have to learn to love Section 230 — part of a 1996 law that shields companies from liability for what is said on their platforms — and abandon efforts to get rid of it (as you tried by executive order), since it will protect whatever toxic flood you unleash on your social media site.

Which brings me to my last point: the name. It’s critical — and I am not sure how to approach it.

Personally, if you go this direction, I would use your name in a more creative way. My suggestion: Trumpet.