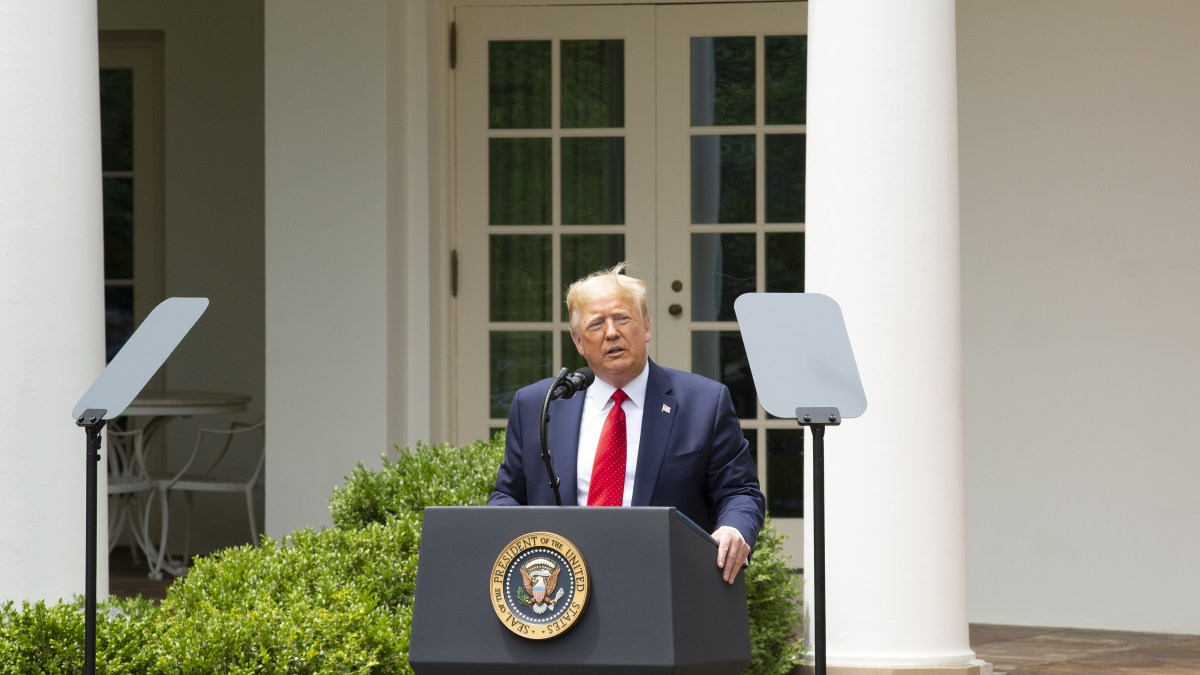 President Donald Trump on Tuesday falsely suggested that scientists have developed a vaccine for AIDS, the late stage of HIV infection in which the virus badly damages the immune system.

“They’ve come up with the AIDS vaccine,” Trump said during a press conference on police reform, referring to scientists. “As you know, there’s various things, and now various companies are involved.”

Trump later appeared to backtrack those comments, saying, “AIDS was a death sentence, and now people live a life with a pill. It’s an incredible thing.”

The White House did not respond to CNBC’s request for comment on Trump’s statement.

It’s possible Trump was referring to daily antiretroviral drugs, which have proved very effective in controlling HIV, a disease that was considered a death sentence nearly 40 years ago. Left unchecked, the virus progresses into AIDS, an advanced form of the disease.

People at risk of HIV can also now take prevention medication, also known as pre-exposure prophylaxis or PrEP. PrEP can reduce the risk of infection by at least 74% in people who take the drug consistently, according to the Centers for Disease Control and Prevention.

Roughly 1.1 million people in the U.S. are currently living with HIV, and nearly 40,000 Americans become infected with the virus each year, according to government data.

Last year, Trump’s pledged to end the HIV epidemic in the United States by 2030, a goal that public health advocates have cheered and sought for years.

The comment came as the U.S. also works to develop a vaccine for the deadly coronavirus, which has infected more than 2.1 million Americans and killed at least 116,341, according to data compiled by Johns Hopkins University.

Earlier Tuesday, Trump administration officials said the coronavirus vaccine will be provided free of charge to Americans who can’t afford it.

This story first appeared on CNBC.com More from CNBC: