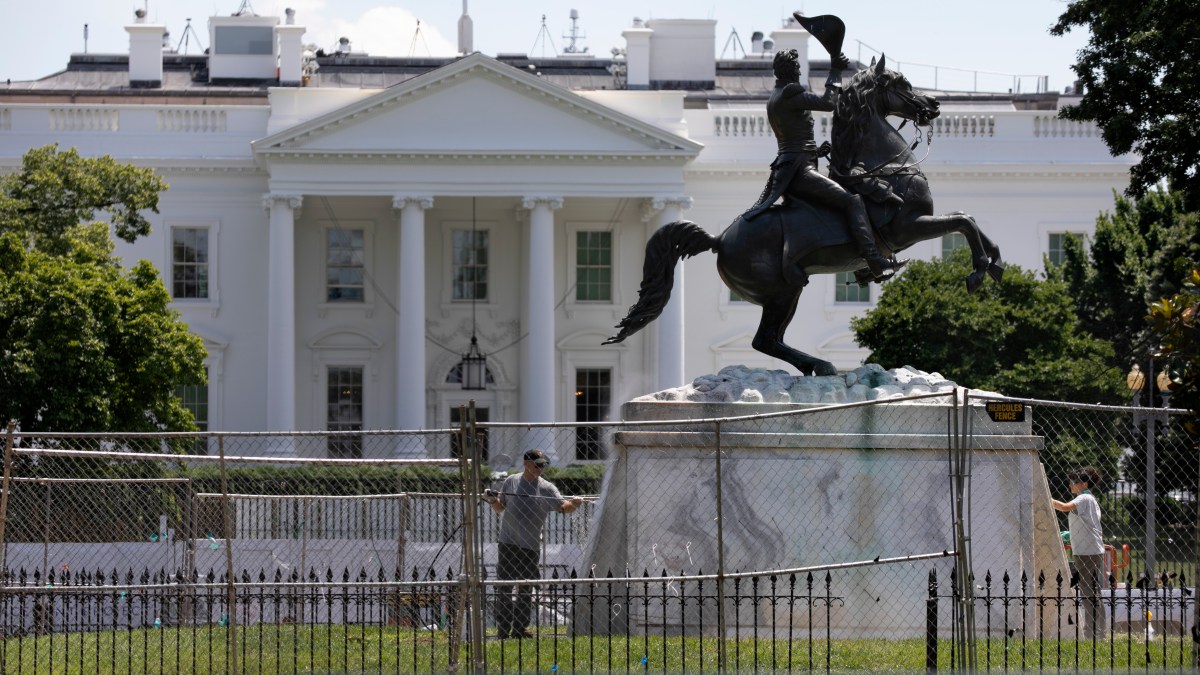 President Donald Trump signed an executive order on Friday to protect federal monuments after a rash of recent incidents involving the vandalism of statues memorializing the Confederacy and some of the nation’s Founding Fathers.

Earlier this week, protesters defaced a statue of President Andrew Jackson in Lafayette Square outside the White House and tried to topple it, but police pepper-sprayed demonstrators to protect the monument.

Protesters used a rope to pull down a 10-foot bronze statue of Christopher Columbus outside the Minnesota State Capitol on Wednesday.

Jackson was a slaveholder and oversaw the expulsion of Native Americans in which they were forcibly moved further west by the federal government.