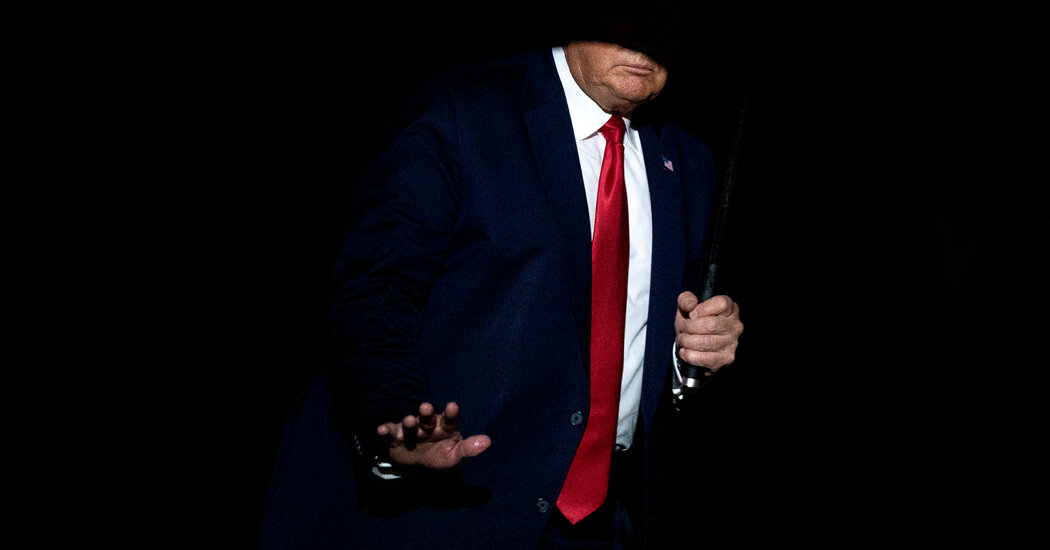 The bombshell New York Times report on Donald Trump’s tax returns is a remarkable feat of journalism. The team deserves special praise for making their findings comprehensible to general readers, and not getting lost in the details.

Yet like many other revelations in the Trump era, the tax news falls into the category of “shocking but not surprising.” Many observers had already surmised that Trump paid little or no taxes, that his claims of brilliant business success were a fiction, and that he is deep in debt. Now all of that is virtually confirmed. But what does it mean for America’s future?

Everyone will come at this question from their own angle. When I read the Times report, I quickly found myself thinking about … the theory of business capital structure. No, really.

For many people, no doubt, the main takeaway from the tax revelations will be “$750? Really?” The fact that Trump paid less in taxes than tens of millions of hard-working Americans struggling to make ends meet is an outrage. It’s also easy to explain in a few seconds, which is why it’s the theme of a quickly released ad from the Biden campaign.

From a substantive point of view, however, Trump’s tax avoidance is less important than the confirmation of what many already suspected: His carefully cultivated image of being a hugely successful businessman is, as he would say, fake news. In fact, he has done a terrible job of running his businesses.

Why does this matter? Voters often seem to believe that effective business leaders have the skills and knowledge to lead the nation as a whole. They’re wrong about that. Even genuinely great businesspeople — people like, say, Herbert Hoover — are often very bad at public policy, including economic policy, because the skills needed to run a business and those required to steer a nation are very different.

In Trump’s case, however, the old joke is true: He isn’t a great businessman, he just played one on TV. It should come as no surprise, then, that he has been consistently hapless at devising policy. On just about every front, from diplomacy to infrastructure to trade wars to fighting a pandemic, he has been Midas in reverse.

How much will the revelation that he has always been a fraud hurt him? Many of his supporters will probably refuse to acknowledge the truth, perhaps because they won’t admit to themselves how completely they were scammed. But assuming that the news will have no effect at all is probably too cynical. And remember, Trump is running behind Biden, so he has to do more than keep his base — and this may not do much to win over undecided voters.

The most important revelation from the Times report, however, is its confirmation of another thing many observers already suspected: Trump has hundreds of millions in personal debt. It’s unclear whether he has the resources to repay it.

Personal financial trouble has always been a red flag when it comes to filling sensitive government positions, because it’s an open invitation to corruption.

So the confirmation that the nation’s chief law enforcement and national security official — whose business empire already offers many opportunities for undue influence — is drowning in debt is chilling.

Beyond that, analysts of business finance — I told you I’d get there — have long known that high levels of debt, enough to pose a substantial risk of bankruptcy, create destructive incentives. Instead of investing in the future, the owners of highly indebted businesses are tempted to engage in asset stripping, getting the money out before the creditors stake their claims. This is, by the way, the charge being leveled at Eddie Lampert, the former chief executive of Sears (and Steven Mnuchin, the secretary of the Treasury).

Owners of debt-hobbled businesses are also tempted to take big risks, even at bad odds, because if they get lucky, they might save themselves; if they don’t, it’s someone else’s problem. Heads they win, tails the creditors lose.

So now we have a deeply indebted business owner with every incentive to engage in malfeasance — except that in addition to running his business, he’s running the United States of America.

But he may be about to lose that special position, and whatever financial defense it may provide.

Think about that. Also think about the fact that Trump constantly complains about almost nonexistent voter fraud — he has never accepted the fact that he lost the popular vote four years ago — and that he has repeatedly refused to say that he will accept election results if he loses. And tell me that you aren’t terrified about what the next few weeks may hold.