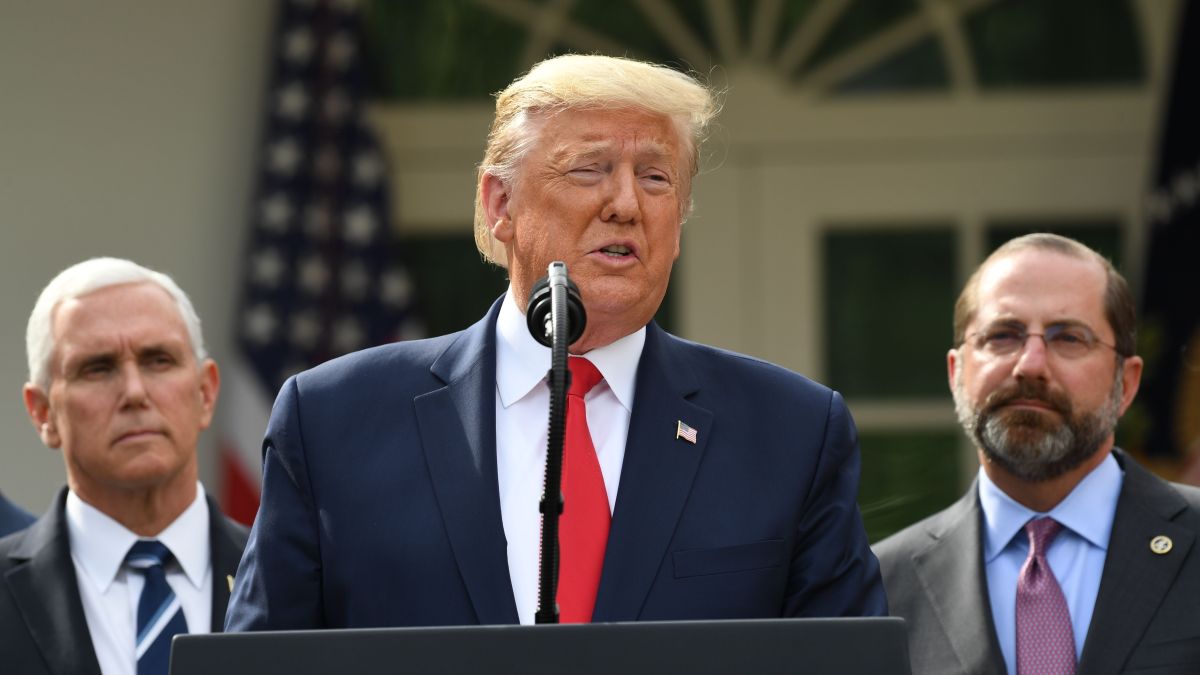 President Donald Trump will not be tested for the coronavirus at this time because the president had “extremely limited” contact with multiple people who have tested positive for the virus, Trump’s physician said in a memo to the White House.

Trump spent time last weekend at his private club in Florida with at least three people who have now tested positive. The Brazilian Embassy in Washington announced late Friday that the country’s chargé d’affaires, Nestor Forster, tested positive after sitting at Trump’s dinner table. So, too, have a top aide to Brazilian President Jair Bolsonaro and an individual who attended a fundraiser Sunday with Trump, according to two Republican officials who spoke on condition of anonymity in order to discuss private health matters.

“The President’s exposure to the first individual was extremely limited (photograph, handshake), and though he spent more time in closer proximity to the second case, all interactions occurred before any symptom onset,” Dr. Sean P. Conley wrote in the memo. “These interactions would be categorized as LOW risk for transmission per CDC guidelines, and as such, there is no indication for home quarantine at this time.”

Previously Friday, Trump had said he will “most likely” be tested for the novel coronavirus, as questions swirled about why he, his top aides and his family weren’t doing more to protect themselves and others after repeated exposure to COVID-19.

Trump has now had multiple direct and indirect contacts with people who have tested positive for the pandemic virus, which on Friday prompted him to declare a state of emergency as schools and workplaces across the country shuttered, flights were canceled and Americans braced for war against the threat.

Multiple lawmakers and citizens across the country who have had the same degree of exposure have opted to voluntarily quarantine themselves and get tested out of an abundance of caution.

But Trump, who has long tried to minimize the threat posed by the virus, insisted Friday — contrary to the advice of many medical professionals — that he did not need to isolate himself because he wasn’t exhibiting symptoms. He conceded that he would “most likely” submit to testing “fairly soon,” but continued to flout public health officials’ advice by repeatedly shaking with attendees hands during a Rose Garden press conference on efforts to combat the pandemic.

Even so, Trump told the nation, “All Americans have a role to play in defeating this virus.”

“Anyone can be a carrier for the virus and risk transmission to older Americans and those with underlying health conditions,” Trump said, adding, “We must take all precautions and be responsible for the actions that we take and that we see other people take.”

Researchers in China released a new study that shows many children infected with coronavirus do not show the same symptoms as adults, making early detection more challenging.

The president, according to two people close to the White House, has been reluctant to take the test for fear it would project weakness or worry. Trump has wanted to appear in full control during the crisis, especially as he tries to calm stock markets amid historic drops, and has expressed concerns that taking personal steps could undermine that appearance.

Asked whether he was being selfish by refusing to isolate himself to avoid potentially infecting others and what advice he had for people who may be receiving contradictory messages, Trump said, “I think they have to listen to their doctors.”

Trump spent time last weekend with Brazilian President Jair Bolsonaro’s communications director, Fábio Wajngarten, who has tested positive for the virus. Wajngarten posed for a photo with Trump and attended a birthday party held for Kimberly Guilfoyle, who is dating the president’s eldest son. Trump and multiple top administration officials were present.

The White House stressed that Trump “had almost no interactions” with Wajngarten while at Mar-a-Lago and therefore did “not require being tested at this time.”

Republican officials declined to name the second person who had tested positive at the club and it was unclear how much time Trump had spent with that person.

In addition to his direct exposure, Trump has also had repeated contact with lawmakers who chose to isolate themselves after being exposed to people who later tested positive. That included Florida Rep. Matt Gaetz, who traveled aboard Air Force One with the president Monday and found out about the positive test mid-flight; South Carolina Sen. Lindsey Graham, who was working from home after spending time at Mar-a-Lago and attending his own meeting with Peter Dutton, Australia’s Minister for Home Affairs; and Florida Sen. Rick Scott, who also interacted with the Brazilian delegation.

White House spokesman Judd Deere said Ivanka Trump, who met with Dutton, worked from home Friday “out of an abundance of caution,” but said Dutton had been asymptomatic during their interaction, so the White House Medical Unit determined she was “exhibiting no symptoms and does not need to self-quarantine.”

The Centers for Disease Control and Prevention advise those who have been in “close contact with a person with symptomatic laboratory-confirmed COVID-19″ to remain home and practice social distancing, but experts’ guidance has been mixed when it comes to those who are not exhibiting symptoms.

People who are exposed to the virus don’t show symptoms immediately; there is an incubation period of anywhere from two to 14 days. And the CDC is most concerned with close contact, which it defines as being coughed on or within about 6 feet of someone who is sick for a prolonged period of time. The CDC doesn’t consider it risky to walk past someone with the virus or to be briefly in the same room with them.

Many doctors across the country, however, have been advising those with any exposure to take precautions. And Trump, who is 73, is considered to be at higher risk of developing serious complications because of his age.

The president should get tested, even if he is not exhibiting symptoms, said Stephen Morse, a Columbia University expert on the spread of diseases.

”Anyone who’s infected is a risk of spreading it to other people,” he said. “That can be true of people who are infected but don’t have symptoms.”

Dr. Leana Wen, an emergency physician and visiting professor at the George Washington University Milken School of Public Health who once served as the health commissioner for the city of Baltimore, said COVID-19 is “highly transmittable” and anyone who comes within six feet of someone who is infected could become infected and spread it, without even knowing they are sick.

“We are at a time of an international public health emergency,” she said, so everybody should abide by public health guidelines, “no matter their position or their title.”

Any administration official with known exposure, she said, “should follow the same guidance as anyone else” and be self-quarantining and monitoring their symptoms.

As for the president, she said, “in order to be the commander-in-chief of the country … he needs to take care of himself.”