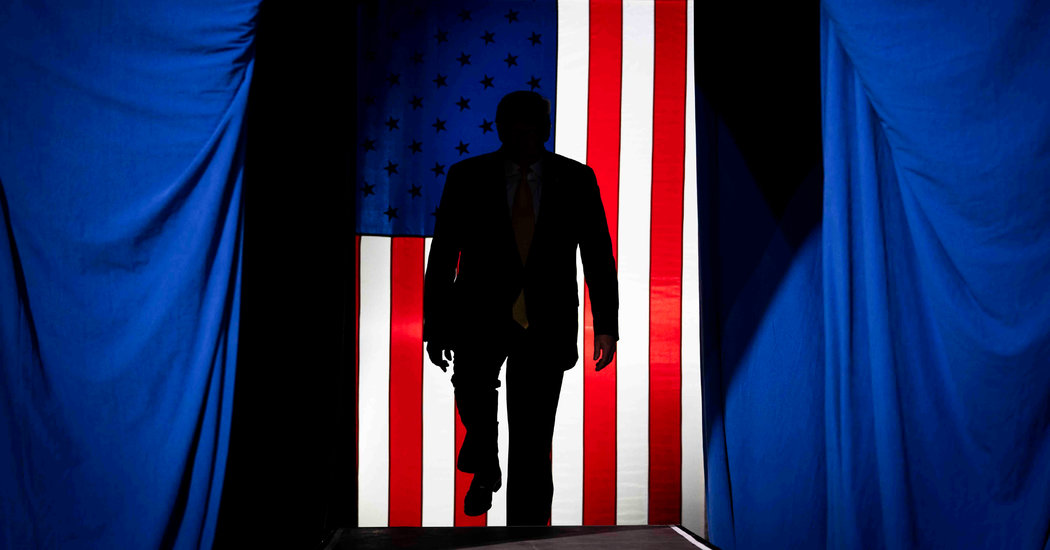 Rest easy, people. We’ve got the Great American Economic Revival Industry Groups watching out for us.

Cannot believe you’ve never heard of them. It’s sort of like an Easter present. Donald Trump says GAERIG are going to advise him on when it’s safe to reopen the economy. Biggest question in the nation. So attention must be paid.

They’re mostly business leaders. From the head of Goldman Sachs to the head of Chick-fil-A. To the professional wrestling czar who Trump, in his announcement, called “the great Vince McMahon.” We are mentioning McMahon, a big Trump donor whose wife runs a pro-Trump super PAC, because the governor of Florida recently named World Wrestling Entertainment an “essential” business that was going to be allowed to continue staging matches during the economic lockdown.

Essential is in the eye of the beholder.

But about GAERIG. We’re talking nearly 200 people — at least one of whom told The Times that there was no White House contact or advance notice of the announcement. Their meetings, unfortunately, won’t be Mega-Zoom — just a bunch of phone calls.

“We’ll open it up in beautiful little pieces,” Trump assured the world.

Well, Trump could certainly use a little beautiful something. This hasn’t been a great week for him. Do you remember that election in Wisconsin? The Democratic governor tried to postpone it, due to the epidemic. The Republican Legislature wouldn’t let him. The result was a series of epic lines at the polling places.

Trump said it was all about:

Yeah yeah yeah. “In Wisconsin what happened is I, through social media, put out a very strong endorsement of a Republican conservative judge who’s an excellent brilliant judge … and I hear what happened is his poll numbers went through the roof,” Trump explained.

Democrats, our president concluded, were so frightened of the power of Trump’s endorsement that they tried to shut down the election rather than risk inevitable disaster.

We will not dwell on details like the fact that there were no poll numbers. The important thing is that the results were finally released on Monday and … the liberal judge won. By a bunch.

Wisconsin — one of the handful of states that actually decide who will win in November — appears to have responded to Trump’s signs of favoritism by rushing to the polls and braving hours in the cold in order to elect the other person.

Truly, Trump has been flopping around lately like a beached flounder. Remember when he decided it was the governors, not him, who should deliver the bad news to citizens that they had to shelter in place? (“I like to allow governors to make decisions without overruling them because from a constitutional standpoint, that’s the way it should be done.”)

Then he decided that the rule didn’t apply when it came to delivering good news about restarting the economy. (“When somebody’s the president of the United States, the authority is total. And that’s the way it’s got to be. It’s total. It’s total.”)

Hey, somebody has to do the fun part.

Finally, after a massive backlash from governors, Trump gave in and agreed that they could do the reopenings — presumably with a lot of advice from GAERIG. He then turned his attention to the international pandemic, and decided the most useful thing he could do in the fight for world health was to, um, torpedo the World Health Organization.

Yeah, Trump announced he was freezing American funds for the W.H.O. because he thinks it’s too pro-China:

“One of the most dangerous and costly decisions from the W.H.O. was its disastrous decision to oppose travel restrictions from China and other nations. They were very much opposed to what we did. Fortunately, I was not convinced and suspended travel from China, saving untold numbers of lives. Thousands and thousands of people would have died.”

I know, you’ve heard that story a lot. Whenever anybody points out how slow Trump was to recognize the danger of the coronavirus, or start gearing up on research and testing, he always reminds the world of the stupendous job he did keeping out potentially infected travelers from the East. “How come I was the only person, the only leader of a country that closed our borders tightly against China?” he demanded, claiming his fast thinking saved “hundreds of thousands.”

I know you know it didn’t work like that. Trump restricted travel from China after the W.H.O. warned about the virus there, and after other nations had already put restrictions in place. Trump did make the decision; however a more perfect description might have been: “It had never been done before. Except by some other countries. But I was definitely up toward the front of the middle of the herd.”

OK, let’s look at the bright side. We’ve got GAERIG! And 70 million Americans are about to get those stimulus funds. Each check bearing Donald Trump’s name. Right there near the $1,200.

The man is terrible at governing, but he’s a genius at branding.