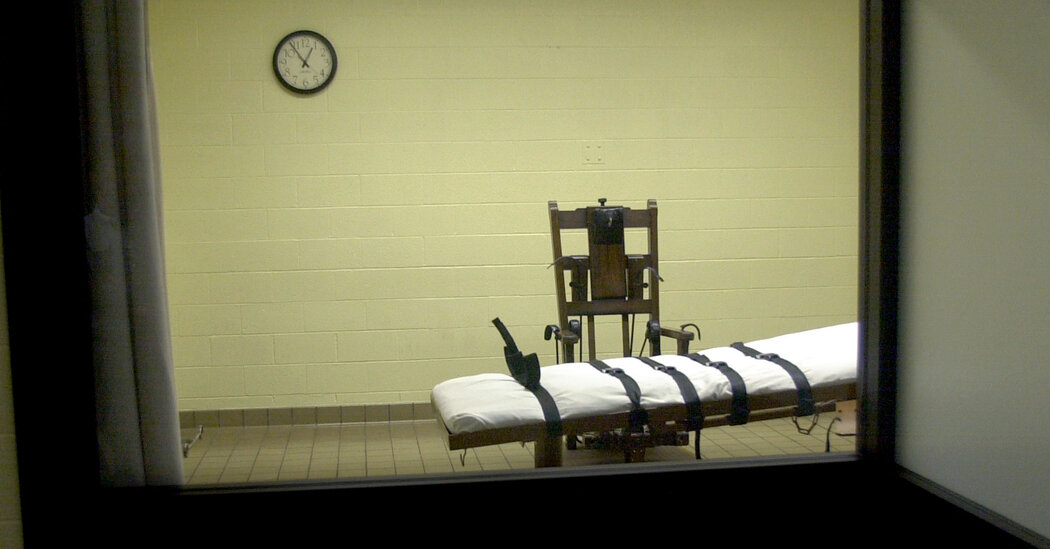 Arizona follows a model that lets the government ignore questions of cruelty.

Arizona’s attorney general, Mark Brnovich, has a problem: There’s no easy way to kill people. Arizona hasn’t carried out any executions since it bungled the killing of Joseph Wood in 2014, leaving him gasping and gulping for air during the roughly two hours it took him to die from a lethal injection. In a country where cruel and unusual punishment is constitutionally prohibited, Mr. Wood’s long and agonizing demise belied assurances that lethal injection is humane and scientific, providing a death akin to falling asleep.

But Arizona’s pause in executions may be nearing an end — not because someone has produced a cruelty-free method of killing a person, but because the state is following the blueprint pioneered by the Trump administration when it pushed through 13 federal executions in its final months.

In 2019, Attorney General Bill Barr announced that the federal government would resume executions after a 17-year lapse caused by the unavailability of certain lethal chemicals, and despite a still-pending lawsuit concerning the method of execution itself. Mr. Barr announced that the Justice Department had procured the sedative pentobarbital, often used to euthanize animals, from secret sources and that it would begin executing prisoners with that drug alone.

As soon as Mr. Barr shared his news — what pride the prospect of 13 corpses can supply! — Mr. Brnovich began lobbying Gov. Doug Ducey of Arizona to follow his lead. Mr. Barr’s announcement, Mr. Brnovich wrote to Mr. Ducey, “suggests that the federal government has successfully obtained pentobarbital. These recent developments establish that it is now time to resume executions in Arizona.”

Mr. Brnovich got his wish. But legal challenges to death by lethal injection still remain, and it’s not at all clear that the way America kills Americans comports with our own founding principles.

Because the Eighth Amendment contains no explanation of what its ban on cruel and unusual punishment means, the Supreme Court has held that the principle “must draw its meaning from the evolving standards of decency that mark the progress of a maturing society.” And yet the court has also held that in order to successfully challenge a method of killing on Eighth Amendment grounds, a prisoner must provide an alternative that is “feasible, readily implemented” and likely to significantly reduce a “risk of severe pain.” In other words, the question of whether evolving standards of decency by a maturing society would find a method of execution cruel is irrelevant; all that matters is whether the prisoner can prove there’s a better alternative.

Yet cruelty does matter. And scientific evidence suggests that pentobarbital poisoning is an excruciating way to die.

Joel Zivot, an anesthesiologist, intensive care physician and associate professor at Emory University School of Medicine, deduced as much when he pored over autopsy reports of executed prisoners. He noticed that the lungs removed from the corpses were roughly double the weight of ordinary cadaver lungs.

“The only way for that to happen would be that fluid is filling into the lungs during execution,” he said. As the bloody, frothy fluid saturated the lungs, Dr. Zivot told me, “it would be perceived by the person,” as they lay “choking to death and drowning in their own lung secretions.”

“And so I thought, well, that’s terrible,” he said. “And I’m so glad to bring it forward. And now we know, and we can dispense with this method of execution that’s clearly bad.”

Dr. Zivot began writing about the issue, then testifying in court as an expert on lethal injection for defense teams. He was disheartened — and infuriated — to find that the facts about death by lethal injection seemed irrelevant to judges.

“They seem to just believe that this doesn’t matter,” Dr. Zivot said. “I can’t make sense of it. It’s not that they say this isn’t happening. They’ll say, ‘Well, you know — it’s brief and it’s not material.’”

A great tangled mass of thought coils around the question of how much suffering ought to be inflicted upon a person as the state kills him.

“To constitute cruel and unusual punishment, an execution method must present a ‘substantial’ or ‘objectively intolerable’ risk of serious harm,” Chief Justice John Roberts wrote in a 2008 opinion.

What do courts consider serious harm when death is the intended outcome?

“I would say they are looking for pain,” Megan McCracken, a capital defense attorney and expert on method-of-execution challenges, told me. “And they’re looking often for a drawn-out process. But they never find it.”

Yet past lethal injection protocols have included paralytics, which would prevent prisoners from describing their condition.

Both the federal supply of pentobarbital and Arizona’s cache of the poison were obtained in secrecy. A recent investigation by The Guardian revealed the state’s stock arrived in unmarked bottles and boxes, from a vendor not revealed to the public, with a $1.5 million dollar price tag. Other states, too, are pursuing the drug.

While a Federal District Court judge ruled last summer that injecting lethal chemicals without physicians’ prescriptions violated the Food, Drug, and Cosmetic Act, the court declined to order a remedy or relief on the grounds that no harm could be demonstrated and the execution of Keith Nelson went forward. If the courts believe that drug regulations don’t necessarily apply to killing drugs, it’s difficult to determine how anyone would know if the particular batch deployed was defective or expired, or how those flaws would affect inmates. The only people who could helpfully remark on the experience are dead.

Is it cruel to kill a person with this drug, in this era, in this particular way? Does it matter that we can’t know with any certainty, and that what we do know suggests the possibility of suffering not unlike death by drowning? Is it bad for us, as a people, to be reduced to assenting to the best kind of cruelty we can conjure, as opposed to permitting no cruelty at all?

I have seen a person poisoned to death by pentobarbital. It isn’t still, it isn’t a peaceful drifting. Someone hiding behind a wall introduces a chemical into the vein of the prisoner strapped to a gurney, helpless, as witnesses on three sides watch through glass as the prisoner dies, heaving for breath.

In his essay on cruelty, Montaigne quotes Seneca lamenting “that a man should kill a man, not being angry, not in fear, only for the sake of the spectacle.” It’s hard to think of a more fitting indictment of the American practice of execution.

If the law fails to conform to justice and Mr. Brnovich is able to set execution dates for the souls eligible for killing on Arizona’s death row, history will record that he did so using a legally dubious drug protocol that is most likely agonizing, that he did it for the sheer spectacle of it and that Mr. Barr and Mr. Trump showed him the way.