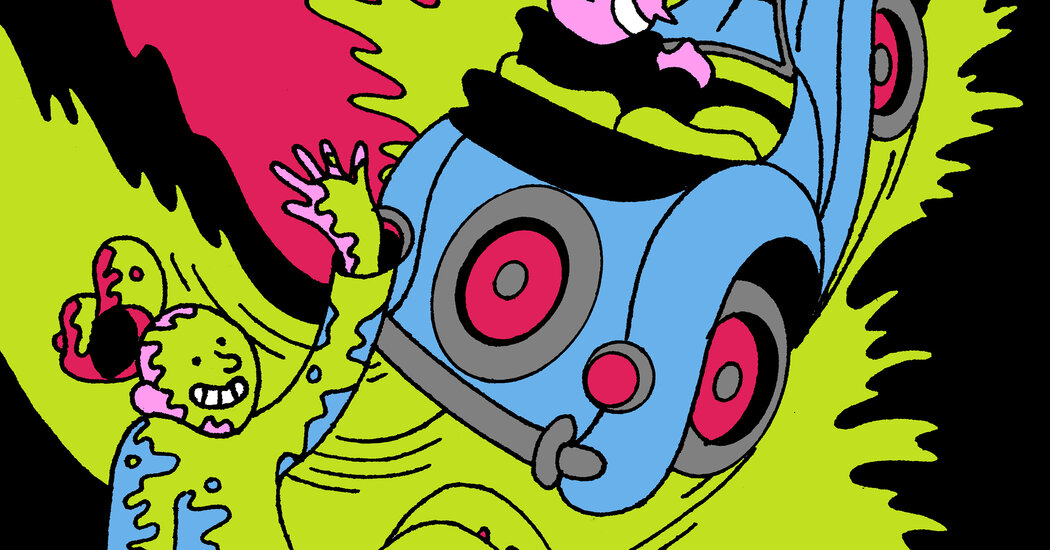 We don’t know if Donald Trump’s recent federal income tax returns indicate illegal activity. But even if the $750 income tax bills he paid in each of the first two years of his presidency turn out to have been calculated in compliance with the U.S. Internal Revenue Code, he has enjoyed the benefits of the society we all contribute to build, then skipped out on his share of the bill — a sort of dine-and-dash on his fellow Americans.

What many Americans may not realize is how common this is among the country’s top earners, and how much it costs the rest of us. Sixteen years ago, the former I.R.S. commissioner Charles Rossotti estimated that so many wealthy Americans don’t pay their fair share of income taxes that it effectively imposes a 15 percent surtax on the rest of us —  that is, on the vast majority of taxpayers who can’t afford the expensive professional advice on which successful tax-avoidance strategies depend.

Having spent the past 13 years studying and writing about these elite professionals who help the ultrarich reduce their tax bills as close to zero as possible, I understand how the game of “creative compliance” is played: They adhere to the letter of the law while violating its spirit. The tax avoidance professionals say, as Mossack Fonseca did after the Panama Papers broke, we complied with the law, so what’s the problem?

Many Americans seem to accept this argument. Some even greet news of tax avoidance by the ultrarich with admiration and envy, instead of the anger they would show to someone who skipped out on a group dinner and left them with the bill. Rather than condemning those who take advantage of their society, many Americans say instead: “Good for them! I’d do it myself if I could.” Those attitudes are reflected in our politics and have contributed to our handing over the most powerful elected office in the world to a man who bragged about not paying a dime of federal income tax for years.

Indifference or praise in response to our president’s low income tax payments is not limited to conservatives who believe taxes are too high in the first place or rich people who believe they end up paying their fair share of taxes; I have seen those reactions from Americans across the political spectrum. In 2012, one of my own colleagues — a supposedly progressive academic sociologist — responded to news that the Republican presidential candidate Mitt Romney paid just a 14 percent tax rate on his multimillion-dollar annual income by saying: “Who cares? He didn’t break any laws.”

But tax avoidance on the scale of Mr. Trump’s is available only to the very wealthiest people in our country, those who can afford to pay specialist attorneys and accountants tens (or hundreds) of thousands of dollars every year. Arguing that tax avoidance like this is a right available to everyone is a bit like pointing out that everyone can vote, if they pay the poll tax. It’s antithetical to democracy and the founding ideals of this country.

Most important, these practices make us all poorer, and not because of the effective surcharge we are burdened with when high-earners don’t pay their fair share. Elite tax avoidance means we can’t pay for a government that provides many basics our peer nations take for granted, like nationwide broadband infrastructure. For that matter, we can’t even maintain the crumbling infrastructure we inherited from the Eisenhower era, when 91 percent tax rates on top incomes (combined with low rates of tax avoidance) funded the Interstate System of highways that made the 1950s economic boom possible.

Perhaps the consummate irony is that a country whose creation centered on the revolt of ordinary people against tax injustice — the Boston Tea Party — now tolerates paying an involuntary subsidy to support tax avoidance by our highest-paid citizens.

And as recent research shows, the problem is getting worse. The economists Emmanuel Saez and Gabriel Zucman, have documented a dramatic increase in illegal activity by high-earners seeking to avoid U.S. income tax. Even as tax rates for the top income brackets have come down over the years, this group has roughly doubled its rates of tax evasion (to around 20 to 25 percent).

The surge in tax evasion on top of rampant tax avoidance means the surcharge the rest of us pay to subsidize the rich is probably now far higher than Mr. Rossotti’s 2004 estimate. How can we reverse this trend? One way, as the economists Natasha Sarin and Lawrence Summers reported in a recent paper, is to restore I.R.S. enforcement capacity to 2011 levels. Doing so could, over a decade, yield up to an additional $1 trillion in tax revenue.

Brooke Harrington, a sociology professor at Dartmouth, is the author of “Capital Without Borders: Wealth Managers and the One Percent.”