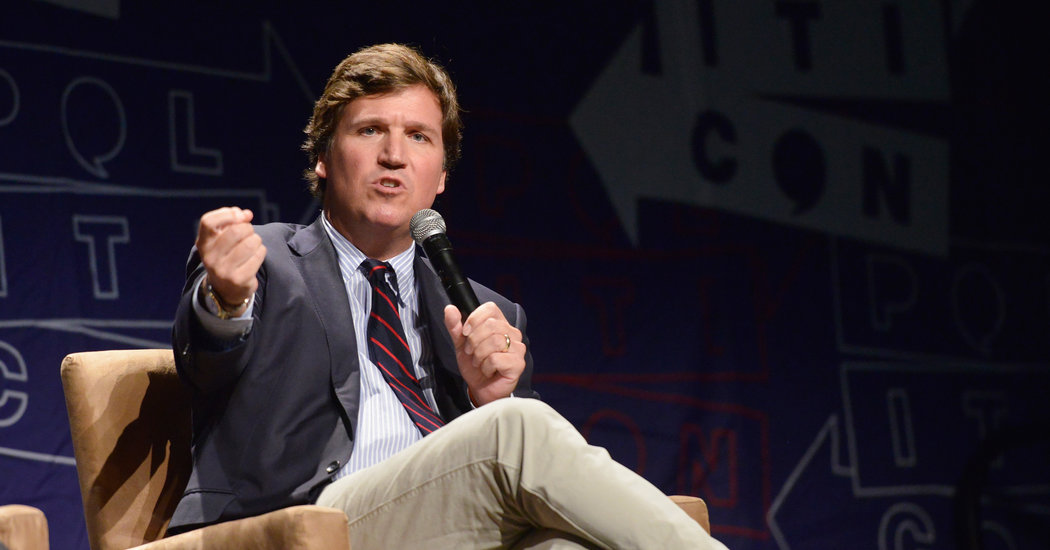 Sean Hannity has been the king of Fox News for two and a half years, the highest-rated host on the highest-rated cable news channel. His dominance has withstood network management changes and the vicissitudes of a news cycle driven by President Trump, the anchor’s close political ally.

In April, however, Mr. Hannity slipped back.

For the first time since moving to the 9 p.m. time slot in October 2017, “Hannity” ranked second in Fox News’s prime-time lineup. “Tucker Carlson Tonight” ranked ahead, with an average nightly audience of 4.56 million viewers, outpacing the 4.39 million who tuned in for Mr. Hannity, Nielsen said on Tuesday.

It is difficult to pinpoint the reasons for a shift in ratings, which are closely inspected by TV executives and anchors (not to mention Mr. Trump). But this month, coronavirus lockdowns and the president’s freewheeling White House briefings profoundly altered viewer dynamics at Fox News.

In April, the network’s daily viewership — which usually peaks in prime time — surged in the hours when Mr. Trump spoke from the White House. Bret Baier’s newscast, “Special Report,” drew a whopping 5.26 million viewers, topping all of Fox News’s prime-time hosts for the first time and even beating general-interest TV fare like ABC’s “Shark Tank.”

How to account for the surge? Mr. Baier’s 6 p.m. slot coincided with the hour when, during much of April, Fox News broke into regular programming to carry Mr. Trump’s briefings live. Two other shows frequently pre-empted by the president — “The Five” and “The Story With Martha MacCallum” — also recorded ratings rarely seen outside prime time.

Mr. Carlson, who like Mr. Hannity is an occasional counselor to the president, most likely benefited from the Trump appearances, too: His program begins at 8, shortly after Mr. Trump’s briefings conclude.

Despite his April loss, Mr. Hannity is still ahead of Mr. Carlson in the 2020 ratings race, maintaining a narrow lead in total viewers since the start of the year. But Mr. Carlson has now pulled ahead of Mr. Hannity among adults 25 to 54 years old, the demographic that determines ad rates on cable news.

Mr. Carlson leaped ahead of Mr. Hannity after a period when the hosts covered the pandemic in notably different tones. While Mr. Hannity initially treated the disease with some skepticism — “Pandemics happen, time to time,” he told viewers in March — Mr. Carlson issued grave warnings about its severity. More recently, both anchors have expressed concern on the air about the lockdowns mandated by state governments, asking if Americans’ civil liberties have been unnecessarily violated.

With homebound Americans seeking news and information about the coronavirus, viewership of cable news — often dismissed as a dinosaur of the digital age — has soared to near-record highs.

Over all, Fox News’s average viewership in April was the second largest in network history. (Only the April 2003 coverage of the Iraq war ranked ahead.) Fox News is closing in on four straight years as the most-watched network across all of cable television.

CNN had its third-best ratings month since 2003 — and for the first time in three years, CNN topped MSNBC in average daily viewership. While MSNBC fell behind CNN, its average April viewership was the highest since the channel was founded in 1996.