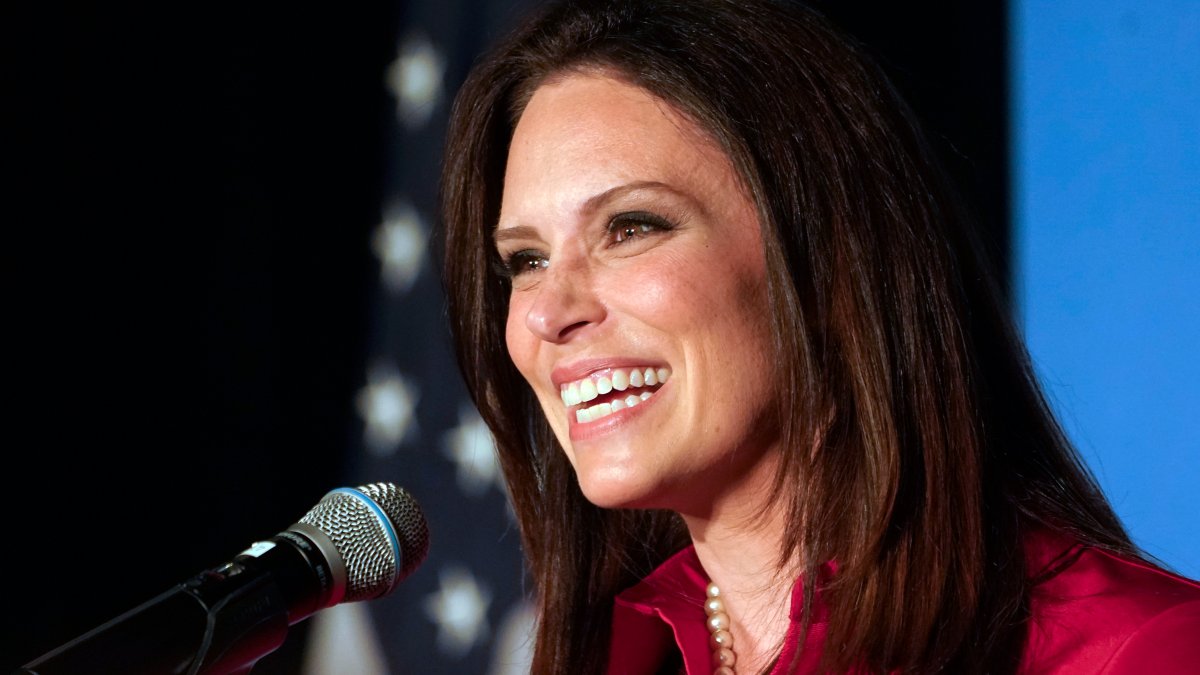 Businesswoman and conservative commentator Tudor Dixon won the Republican primary for Michigan governor on Tuesday, setting up a tough race against Democratic Gov. Gretchen Whitmer as anger and division within the state GOP threaten the party’s efforts in the battleground state this fall.

Dixon, who was endorsed by former President Donald Trump last week, defeated four male candidates in a race between little-known political newcomers. She also had backing from the prominent Michigan Republican family of Betsy DeVos, who was education secretary in Trump’s Cabinet but was critical of him and resigned after the Jan. 6, 2021, riot, as well as the Michigan Chamber of Commerce and several anti-abortion groups.

Taking the stage at a victory party, Dixon pledged to fight for families who struggled through COVID-19 lockdowns that Whitmer imposed and who can’t afford to put gas in their vehicles and pay bills. She called the first-term governor “the queen of lockdowns” and recounted how her own grandmother died in a nursing home, alone, during the pandemic.

“Frankly Michigan, we deserve better,” Dixon said. “Now we have the opportunity to truly hold Gretchen Whitmer accountable for the pain she has inflicted on each and every one of us during the past four years.”

Whitmer, who did not have a Democratic opponent, was seen as potentially vulnerable heading into 2022 because of anger over her pandemic restrictions, rising gas and food prices, and her ties to President Joe Biden, whose approval ratings are low. But some of those hopes were dashed after top Republican candidates didn’t make the ballot because they didn’t file enough valid nominating signatures and the remaining field struggled to compete in fundraising with Whitmer and her multimillion-dollar campaign fund. None of the GOP candidates had held public office, and many had baggage that could hurt in a general election.

Dixon is a former steel industry executive who also hosted a conservative program on a streaming channel and once acted in low-budget zombie movies in what her campaign described as an “admittedly lame” hobby.

Democrats criticize her far-right positions on issues, which also could be a tough sell for independent voters who decide elections in Michigan. Dixon opposes abortion, except to save the mother’s life, and says Michigan should eliminate the requirement for permits to carry concealed weapons.

The mother of four made education a top issue of her campaign, saying she wants to keep drag queens and talk of sex and gender out of elementary schools. She said she would end “critical race theory” from being taught in Michigan public schools and wants all districts to post teaching materials and curriculum online for parents to review. Dixon also says families should be able to use per-student state funds on private schools, home schooling or other education settings of their choice.

They blasted Dixon during the campaign as the “establishment” pick, criticizing her connections to DeVos and saying she hadn’t done enough to stand up to Whitmer when she imposed COVID-19 restrictions.

Contentious primaries are not new, but the hostility seems heightened in some places this year as Republicans split over whether to relitigate the 2020 election or look ahead, including to the 2024 presidential race. The divide has been particularly public and pronounced in Michigan, where Trump has pushed the lie that the 2020 election was stolen from him and has endorsed many candidates who back him — including for secretary of state and attorney general — with an eye on a possible 2024 bid.

Michigan is also among states where subpoenas have been issued to “fake electors” who submitted paperwork saying Trump, not Joe Biden, won the state’s election.

Trump lost Michigan by about 154,000 votes in 2020, and multiple audits and courts — as well as an investigation by the Republican-led state Senate — have upheld that.

Dixon has wavered on the issue. She raised her hand during a debate when candidates were asked who among them believes the election was stolen. But has been less explicit in recent weeks, criticizing Democratic Secretary of State Jocelyn Benson and saying on Fox News Sunday, “We have to make sure our elections are secure and what happened in 2020 doesn’t happen again.”

Trump’s late-stage endorsement of Dixon gives him a win to tout, though he also has experienced some high-profile defeats.

Voter Mark Orsinger of Grand Rapids said he decided to cast his ballot for Dixon after Trump’s endorsement.

“I didn’t know Tudor until Trump mentioned her,” Orsinger said. “She seems like an OK person. I only know her from 20 seconds of a commercial.”