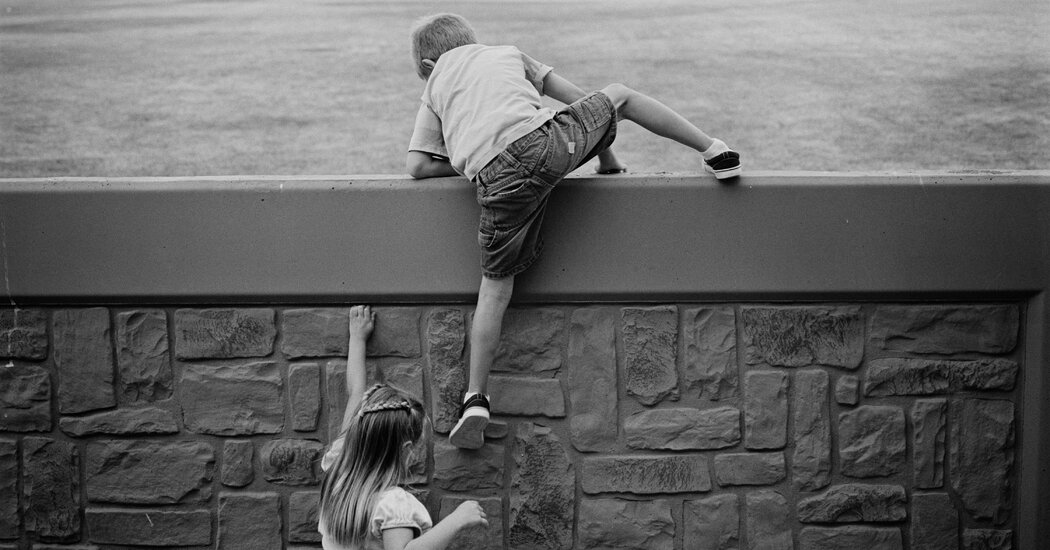 For a country brimming with “pro-family” politicians, the United States sure is a tough place to raise a family.

We Americans like to think “We’re No. 1,” but one recent study found that the United States was the second worst out of 35 industrialized countries as a place for families. We ranked behind Bulgaria. Behind Chile.

Now we have a historic chance to support children and families, for President Biden’s American Families Plan proposes programs such as high-quality day care and pre-K that are routine elsewhere in the world. You might think that the “pro-family” Republican Party would be eager to translate platitudes into practical help. But you’d be wrong.

“You know who else liked universal day care?” tweeted Senator Marsha Blackburn, a Tennessee Republican. She cited the old Soviet Union, apparently suggesting that there is something Communist about day care, and falsely claimed that participation would be mandatory under the Biden plan.

In Idaho, a Republican state representative, Charlie Shepherd, explained that he was against a day care measure because “that makes it easier or more convenient for mothers to come out of the home and let others raise their child.” He later apologized because his remarks “sounded” sexist.

This is sad because the G.O.P. is right to hail the importance of family. Having loving, supportive parents who read to children, hug them and help them with homework — that’s crucial for kids. One University of Minnesota study found that maternal attachment at age 3 was a better predictor of high school graduation than I.Q.

So Republicans are correct that healthy families make a healthy nation. Democrats sometimes are too reluctant to acknowledge the toll of dysfunctional families, for fear of blaming the poor for their poverty, but it’s difficult to have a serious conversation about improving opportunity and equity in the United States without acknowledging the complicated problems in many homes.

Some eight million American children — roughly one in eight — live with a parent with a substance abuse problem. Millions more live in a household with domestic violence. Others are latchkey kids who look after younger siblings because parents are working and no day care is affordable.

Families desperately need help. In other countries, they get it. In the United States, they get empty homilies about the importance of family.

As a poorer nation in World War II, the United States could afford to operate an excellent day care program to enable moms and dads to hold jobs in the war economy. A follow-up study found that children in that wartime day care went on to enjoy higher high school and college graduation rates and earned more money as adults.

As of 2019, only 34 percent of American 4-year-olds attended state-funded preschool, and an important new study underscores why America needs national high-quality pre-K. In the late 1990s and early 2000s, Boston offered public programs for 4-year-olds but couldn’t meet demand, so a lottery was used to determine which children to accept.

Scholars have now found that the long-term effects of this random assignment were enormous. Children who had been accepted into pre-K were 18 percent more likely to enter college on time. They were more likely to graduate from high school and get better SAT scores, and were less likely to be incarcerated while in high school and disciplined as often. Effects were particularly strong for boys.

This new study is part of an enormous body of research showing that the greatest leverage we have to help people may be early in life, as brains are developing.

Skeptics say early childhood programs are expensive. Sure — but poorer countries can afford them. And educational failure and juvenile delinquency are even more costly, and also undermine American competitiveness around the world.

Senators say they care about crime. Well, here’s a way to reduce juvenile crime: Offer high-quality pre-K. They say they want to help young people attend college. So back the Biden plan for pre-K. In other words, this isn’t spending, but high-return investment.

Biden’s effort to slash child poverty and create systems for day care and pre-K could be historic. It’s the most important policy issue of 2021. These initiatives would do for children and families what Social Security and Medicare did for the elderly.