At CES on Wednesday, Twitter revealed a number of experiments that would reshape key aspects of the platform in significant ways. The most impactful of these, at least at first glance—and certainly one that gained the most notice among Twitter users—is a new setting that would allow users to define “conversation participants.” When you send a tweet, in other words, you’ll be able to limit who can reply. The choices, according to company screenshots, include Global, Group, Panel, and Statement, which respectively translate to allowing replies from everyone, from only your followers and anyone you mention, from only the people you mention in the tweet, and from no one at all.

Twitter product lead Kayvon Beykpour explained the rationale in an interview with WIRED editor in chief Nick Thompson on Wednesday afternoon. “We’re exploring ways for people to control proactively, not reactively hiding a reply,” Beykpour said. “Say Nick and I want to have a fireside chat right now. This is a conversation that’s between the two of us. Other people can see it but we don’t want this room to jump into our replies while we’re having the conversation.”

The change would effectively let you rezone Twitter from a public square to a podium. It would also, though, make it harder to correct misinformation that’s spreading in a siloed tweet. And it would effectively kill the “ratio,” the phenomenon of a Twitter user receiving orders-of-magnitude more replies than retweets or favorites. (See: Howard Schulz circa January 2019.) 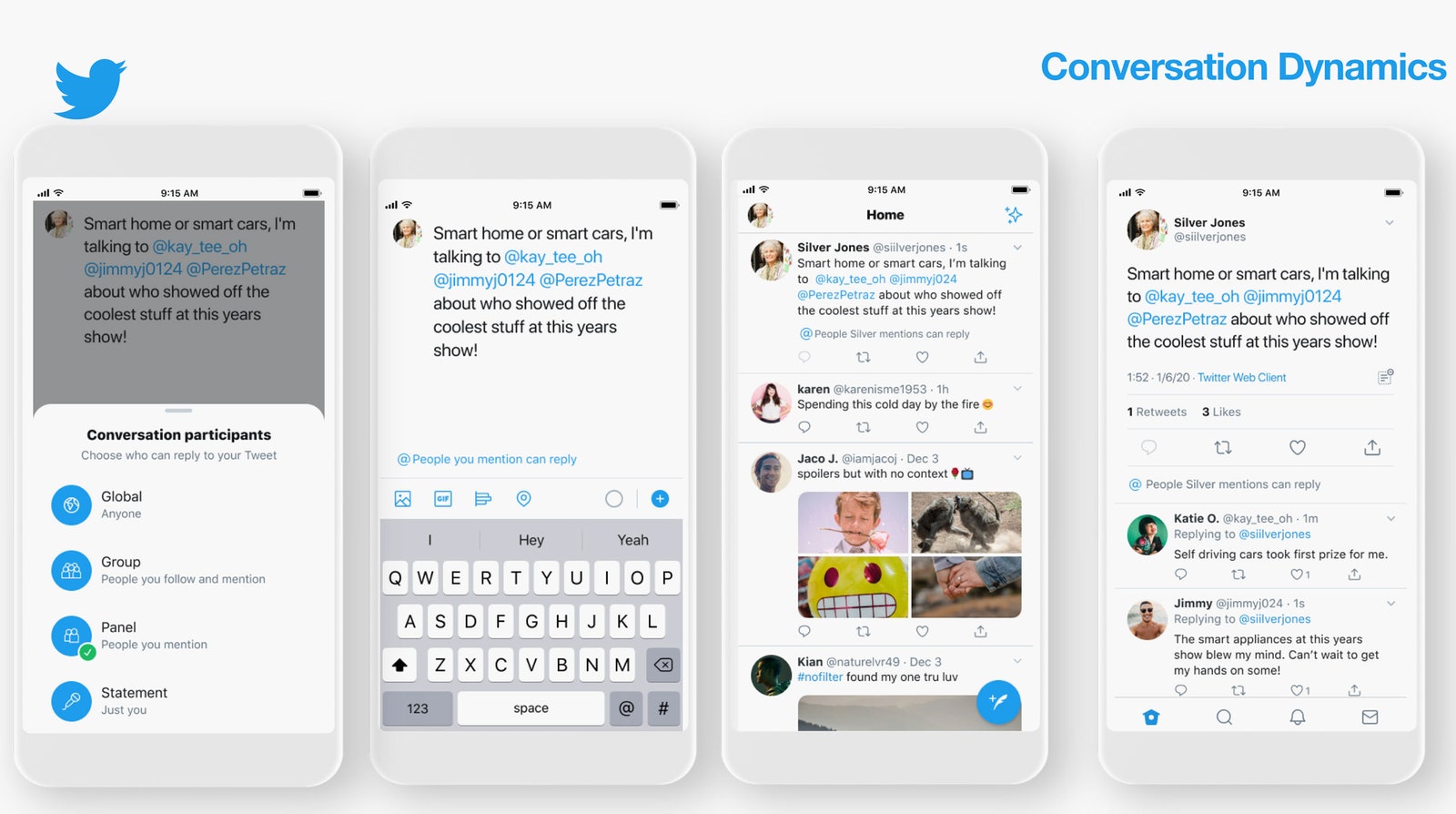 Beykpour acknowledged the trade-offs, as well as those inherent in every product decision Twitter makes. But it’s at least worth trying, he says, to evolve Twitter as a platform. “The philosophical approach we took here is, when you start a conversation, as the author of a tweet you should have a little more control over the replies to that tweet,” Beykpour said. Misinformation can still be called out with a quote-tweet, which doesn’t reach the same audience but at least offers some corrective path.

It’s also important to remember that this isn’t necessarily a permanent change or even one that you’ll experience in your own timeline. Twitter will roll out a test of the feature in the first few months of this year to a small percentage of users. Whether it expands more broadly likely depends on how much anarchy it causes.