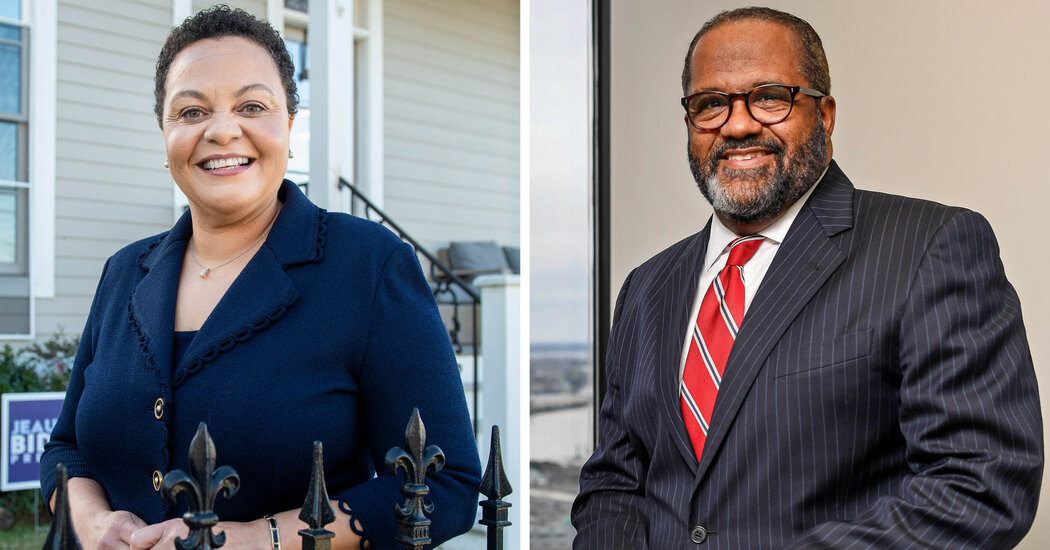 Troy Carter and Karen Carter Peterson will meet in an April runoff for the seat vacated by Cedric L. Richmond.

NEW ORLEANS — A pair of Democratic state senators from New Orleans claimed the most votes Saturday in a special election to replace former Representative Cedric L. Richmond, who is now a senior advisor to President Biden.

State Senators Troy Carter and Karen Carter Peterson (they are not related) will advance to an April 24 runoff that will determine who represents a heavily Democratic seat in a Black-majority district that stretches from New Orleans along the Mississippi River to Baton Rouge.

In another special Louisiana congressional election, in the northern part of the state, Julia Letlow, a Republican, won over 50 percent of the vote, averting a runoff and winning a seat that had been held by her husband, Luke, before he died of Covid-19 in December.

Ms. Letlow is one of two widows running this year to claim House seats that had been held by lawmakers who succumbed to the virus. In Texas, Susan Wright is attempting to succeed her late husband, Ron Wright, in a special election later this year.

It’s in South Louisiana, though, where the first competitive congressional race of the Biden era is taking place.

Mr. Carter and Ms. Peterson are both veteran politicians and have roots in the competing, and fractious, Black political factions of New Orleans. Both have also run for this seat before — both of them in 2006, and Mr. Carter again in 2008 — without success.

But when Mr. Richmond resigned after a decade in Congress to work for Mr. Biden, it gave Mr. Carter and Ms. Peterson a new chance to fulfill their longstanding ambition.

As with many New Orleans elections, the contest quickly became a proxy fight. When another local ally of his decided not to run, Mr. Richmond quickly backed Mr. Carter in hopes of blocking his rival, Ms. Peterson.

Recognizing the popularity and clout of his patron in the West Wing, Mr. Carter has sought to capitalize on Mr. Richmond’s endorsement. “I would have the ear of the guy who has the ear of the president of the United States of America,” Mr. Carter said.

In response, Ms. Peterson has sought to run to the left, portraying herself as an anti-establishment Democrat even as she trumpets her role as a former state party chair and her numerous national endorsements.

Given the intensity and history of their rivalry, as well as the often spicy politics of New Orleans, the runoff could be hard-fought.

Two of Louisiana’s most prominent Democratic officeholders have yet to weigh in and could prove consequential if they do intervene. Mayor LaToya Cantrell of New Orleans surprised some in the city by not endorsing Ms. Peterson, an ally, before the first round of voting. Also still on the sidelines is Gov. John Bel Edwards, who has clashed with Ms. Peterson in the past and is widely thought to be in Mr. Carter’s corner.

Perhaps most significant is who shows up to vote next month. Early voting before Saturday’s all-party primary was anemic — fewer than 6 percent of eligible voters cast ballots — and turnout was little better the day of the vote.

The combination of the turbulent 2020 election, a pandemic that is only now showing signs of receding and a new, no-drama president has left the electorate apathetic, according to local officials. “Grandpa Joe has really taken the air out of the balloon, and there’s not that fever about politics,” Andrew Tuozzolo, a Democratic strategist said, referring to Mr. Biden.