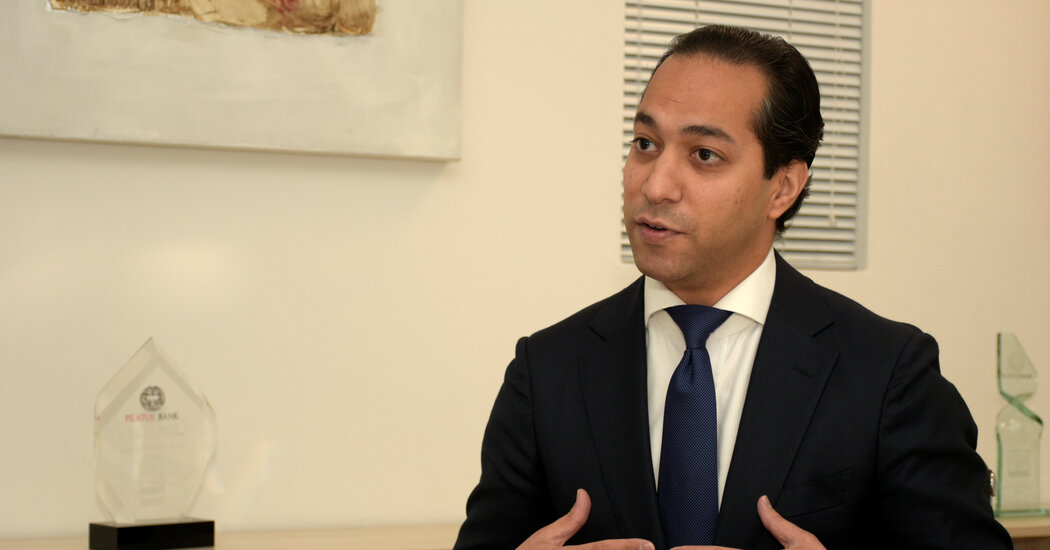 In March, federal prosecutors in Manhattan said they had won a major victory in the government’s fight to enforce sanctions on Iran when a jury convicted an Iranian man who was accused of illegally funneling more than $115 million to his family business.

Within months, though, the case fell apart, and prosecutors asked the judge to dismiss the charges against the man, Ali Sadr Hashemi Nejad, after acknowledging problems in the way they had turned evidence over to the defense.

In one instance, a prosecutor had proposed to a colleague that they “bury” a document that should have been provided to the defense. The judge overseeing the case soon vacated the conviction and started her own inquiry.

On Wednesday, in a highly unusual decision, the judge, Alison J. Nathan of Federal District Court, excoriated the government for its handling of the case and also took aim at the office’s leadership for having “failed to unequivocally condemn these prosecutors’ improper actions and communications.”

Judge Nathan cited the office’s admission that it had repeatedly violated its obligations to disclose evidence to the defense, its making a misrepresentation to the court and other errors.

“The manifold problems that have arisen throughout this prosecution — and that may well have gone undetected in countless others — cry out for a coordinated, systemic response from the highest levels of leadership within the United States attorney’s office for the Southern District of New York,” the judge wrote, using the office’s formal name.

Judge Nathan focused particular attention on how, after prosecutors discovered the document that should have been shared with the defense, they spent almost 20 hours “strategizing how best to turn it over,” and “one prosecutor suggested to another that they ‘bury’ the evidence along with other, already disclosed documents.”

That, the judge wrote, is just what they did, “obfuscating its disclosure.”

The opinion came at a sensitive time for the office, which is known for its fierce independence and was once described as a steppingstone for law’s best and brightest. Its alumni have gone on to become F.B.I. directors, New York police commissioners, a United States attorney general, Supreme Court justices and partners at New York’s premier law firms.

The office has also investigated some of President Trump’s close associates, including in a pending inquiry involving his personal lawyer Rudolph W. Giuliani, who once led the office and has denied any wrongdoing. It has successfully prosecuted others, like Michael D. Cohen, the president’s former lawyer and fixer.

In June, President Trump abruptly ousted Geoffrey S. Berman, the U.S. attorney at the time, in a move that was widely seen as an effort by the Trump administration to curb the office’s independence; Mr. Berman’s top deputy, Audrey Strauss, was named to lead the office on an acting basis.

Stephen Gillers, a legal ethics professor at the New York University School of Law, said of the opinion that Judge Nathan issued on Wednesday, “This is an incredibly dispiriting autopsy on the work of the premier prosecutorial office in the nation.”

Professor Gillers said the case suggested that problems with how prosecutors comply with a landmark 1963 Supreme Court decision, Brady v. Maryland, that requires them to turn over evidence that may help a defendant might be more widespread than is understood.

“If even this office can be so seriously criticized for its failure to honor Brady,” he said, “then one wonders what less-esteemed offices may be doing.”

A spokesman for Ms. Strauss’s office declined to comment on Wednesday. In a letter to the court in July, after conducting its own inquiry, the office wrote, “We do not believe any of the attorneys assigned to this case acted in bad faith or intentionally withheld exculpatory information.”

But the prosecutor’s office wrote that “many items were discovered or disclosed far too late,” and the office revealed the internal communication in which the prosecutor suggested that they “bury” the particular document, saying the manner in which it was disclosed “was problematic.”

The office had hailed Mr. Sadr’s conviction, saying in March that it “shows that U.S. economic sanctions against Iran are for real, and violators will be exposed and prosecuted.”

Mr. Sadr, the government alleged, had created a network of front companies and bank accounts to mask Iranian business dealings in Venezuela and to evade U.S. sanctions.

On Wednesday, Mr. Sadr’s lawyers, Reid H. Weingarten and Brian M. Heberlig, said in a statement that Judge Nathan’s opinion “correctly called out the prosecutors for repeatedly violating their disclosure obligations and depriving Mr. Sadr of a fair trial.”

“Had prosecutors disclosed the true facts, the court recognized that the trial might have been avoided altogether,” they said. “We are proud to have represented Mr. Sadr, an honest businessman and patriotic U.S. immigrant who did not deserve the mistreatment he received from the U.S. government in this case.”

The judge urged the Justice Department’s Office of Professional Responsibility to investigate the government’s actions in the case. She added that the record before her did not conclusively establish that prosecutors acted in bad faith or intentionally misled the court, and she indicated she would investigate further.

Judge Nathan also ordered that prosecutors involved in the case and their supervisors answer a series of questions about the circumstances related to the document a prosecutor had proposed to bury, and she said she would then determine whether a hearing into the matter was necessary.

And she ordered Ms. Strauss to ensure that all prosecutors in her office read her opinion within a week.