Pressed to address gaping inequality in global COVID-19 vaccines, the Biden administration took steps Wednesday to make billions of dollars available to drugmakers to scale up domestic production to share with the world and prepare for the next pandemic.

Under the new initiative, the government’s Biomedical Advanced Research and Development Authority is soliciting pharmaceutical companies with proven ability to make the more-effective mRNA vaccines to bid for U.S. investment in scaling up their manufacturing. Pfizer and Moderna produce the two U.S.-approved mRNA shots.

The White House hopes the move will build capacity to produce an additional 1 billion shots per year.

The initiative comes as the Biden White House has faced growing pressure at home and abroad over inequity in the global vaccine supply — as the U.S. moves toward approving booster shots for all adults while vulnerable people in poorer nations wait for their first dose of protection.

Full coverage of the COVID-19 outbreak and how it impacts you. 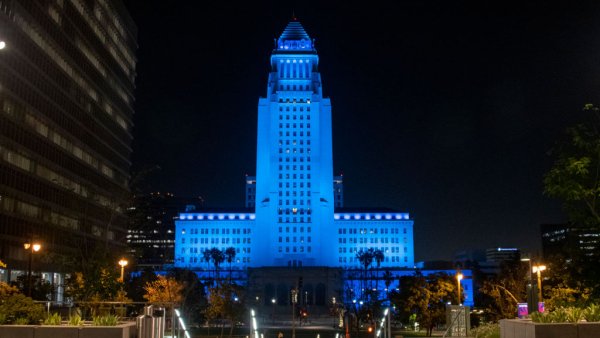 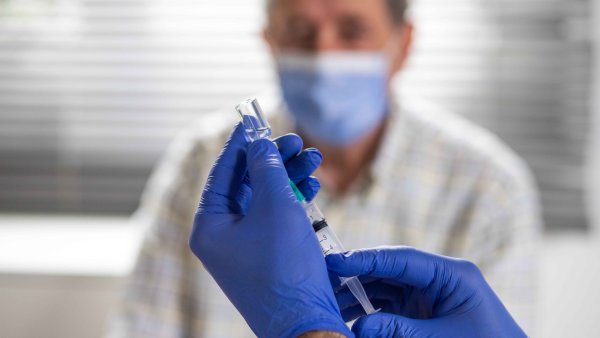 
County Reports 35 New COVID Deaths, Some Dating Back to September

The Biden administration believes increasing capacity of COVID-19 shots will help ease a global shortage of doses, particularly in lower- and middle-income nations, stopping preventable death and limiting the development of potentially new, more dangerous variants of the virus.

“The goal of this program is to expand existing capacity by an additional billion doses per year, with production starting by the second half of 2022,” White House COVID-19 coordinator Jeff Zients said.

On Wednesday, Zients announced that the U.S. has now donated 250 million doses of COVID-19 vaccines globally — the most of any nation — with a goal of sharing more than 1.1 billion shots by the end of 2022.

There are no firm agreements yet with Moderna or Pfizer to take up the U.S. on the investment, but the Biden administration hopes that the enhanced manufacturing capacity, through support for the company’s facilities, equipment, staff or training, will by mid-2022 allow more COVID-19 doses to be shared overseas as well as help prepare for the next public health emergency.

The administration is prioritizing the mRNA vaccines, which have proven to be more effective against preventing serious illness and death from COVID-19 than the Johnson & Johnson viral vector vaccine, which uses a harmless virus that carries genetic material to stimulate the immune system. The Pfizer and Moderna vaccines are made with a piece of genetic code called messenger RNA that tells the body to make harmless copies of the spike protein so it’s trained to recognize the virus.

“What the world really needs is distributed regional manufacturing capacity of vaccines, and it sounds like this investment is focused on building U.S. capacity,” he said. “We desperately need the companies who have a monopoly over the COVID vaccines to transfer their technology, and we need the U.S. government to use its leverage.”

Silverman estimated that without companies transferring their knowledge of how to make COVID-19 vaccines, it would take manufacturers elsewhere double the time needed to start making doses, noting that billions of vaccines against other diseases are routinely made in developing countries.

Silverman said that while the U.S. should have negotiated more provisions about vaccine equity when it was securing its own supply, it was not too late to act. He said the U.S. should support the proposed waiver that was drafted by India and South Africa at the World Trade Organization, calling for patents on COVID-19 vaccines and treatments to be suspended. And he said the U.S. could invoke the Defense Production Act to target critical ingredients for COVID-19 shots.

“The U.S. government has lots of tools at its disposal to push pharmaceutical companies,” he said, noting that it had invested billions of dollars into creating Moderna’s COVID-19 vaccine. “The U.S. needs to make sure these companies, which they funded, are prioritizing public health rather than profits.”

Ava Alkon, a senior policy and research officer at Doctors Without Borders, said that the billion doses that might be produced with the U.S. investment were still far from the figure needed to immunize the world. The World Health Organization has estimated that 11 billion doses are needed.

Alkon said that since any manufacturers newly drafted into making COVID-19 doses would not be able to produce any supplies for several months, a more immediate solution is needed. “We believe that the U.S. can distribute many more doses than it already has on an ongoing basis,” she said, calling for the U.S. to be more transparent about how many extra doses it has. She said some estimates suggest the U.S. could have at least 500 million surplus vaccines by the end of the year.

In a statement, Moderna said it hadn’t yet reviewed the Biden administration’s proposal, but that it looked forward to discussing it with the administration “and understanding whether there is a role that we could play in supporting the government’s efforts to address pandemic preparedness.” Pfizer declined comment.

The New York Times first reported on the new initiative.