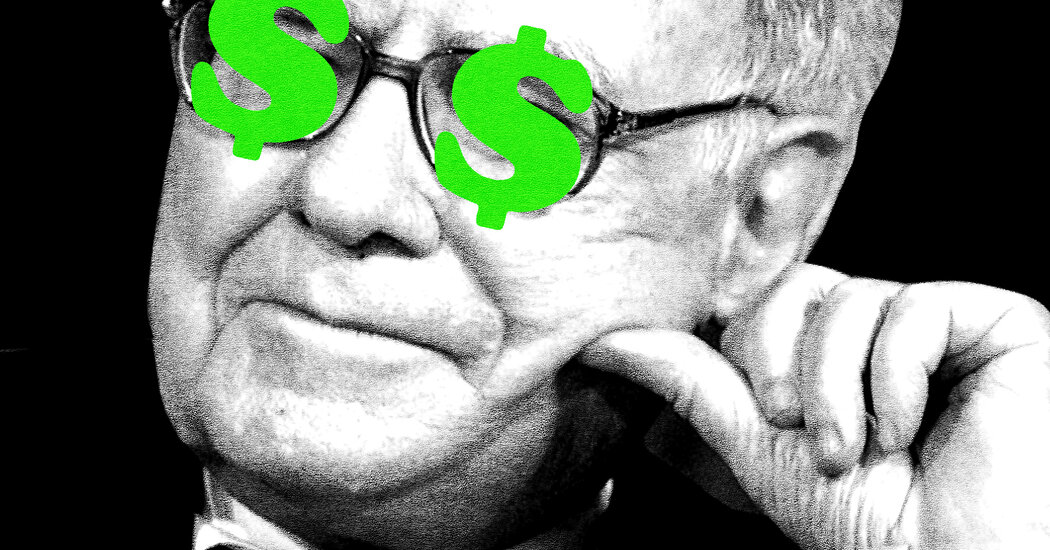 Warren Buffett appears to be the safest kind of billionaire: the good kind. Mr. Buffett is neither Zuckerbergian messiah nor Musky provocateur, neither Bezosist space cadet nor Sacklerian undertaker. He is, or seems to be, quiet, humble, indifferent to money, philanthropic and critical of the system that allowed him to rise. Years ago, a proposed tax increase was named after him.

It’s easy for people to think: If only members of the Sackler family were more like Mr. Buffett, imagine how many lives would have been saved. If only the billionaires who haven’t signed the Giving Pledge would give away as much as Mr. Buffett has pledged to, imagine the impact on the world. If only more billionaires would make use of the system without feeling the need to pervert it, so many of our troubles would vanish.

Actually malevolent and disastrously negligent plutocrats get most of the attention. And when we hear about these Bad Billionaire exploits, it is possible to conclude from them that the system needs better policing, updated regulations and maybe slightly higher taxes. The system needs to be made to work again.

But as America slouches toward plutocracy, our problem isn’t the virtue level of billionaires. It’s a set of social arrangements that make it possible for anyone to gain and guard and keep so much wealth, even as millions of others lack for food, work, housing, health, connectivity, education, dignity and the occasion to pursue their happiness.

There is no way to be a billionaire in America without taking advantage of a system predicated on cruelty, a system whose tax code and labor laws and regulatory apparatus prioritize your needs above most people’s. Even noted Good Billionaire Mr. Buffett has profited from Coca-Cola’s sugary drinks, Amazon’s union busting, Chevron’s oil drilling, Clayton Homes’s predatory loans and, as the country learned recently, the failure to tax billionaires on their wealth.

The Good Billionaire myth took a hard blow in recent days when Mr. Buffett won a dubious distinction. A staggering exposé published by ProPublica revealed just how little the biggest plutocrats pay in taxes, despite mounting piles of wealth. And at the very top of that list of plutocrats — many of them with troubled reputations — was the cleanest, grandfatherliest plutocrat of them all: Mr. Buffett.

ProPublica’s story was unusual in that, for once, it was the Good Billionaire at the top of the naughty list. This was helpful, because it served to indict the system that makes him possible, even when it is working perfectly, wholly lawfully.

From 2014 to 2018, Mr. Buffett’s wealth soared by $24.3 billion, according to ProPublica. (To underline, this is just the amount the fortune grew.) The amount of taxes Mr. Buffett paid over this period? $23.7 million. If middle-class Americans in their 40s enjoyed such a low effective tax rate, they would have paid a few dozen bucks per household over this same time period. Instead, as the ProPublica story notes, they paid around $62,000.

Imagine if Mr. Buffett had to pay the same fraction of the growth of his net worth that regular people do. Taxing that money could have helped pay for bridge repairs, mammograms, and free day care. More important — and this isn’t said enough — there is intrinsic value in shrinking gargantuan fortunes. The sway plutocrats have over public life is inconsistent with a one person, one vote democracy.

The important point here is that Mr. Buffett’s tax payments as detailed by ProPublica are fully legal. Though Mr. Buffett has called for changing the tax system, while we have the one we have, he will continue to benefit from the madness of taxing billionaires for their income, rather than their wealth, when their income is pretty much just a number they can construct.

I asked Mr. Buffett last week, via his longtime secretary, Debbie Bosanek, if he could think of even one tax or accounting practice that he has come to regret. Sure, he may have followed the letter of the law. But was there any aspect of his patriotism or humanity that left him feeling guilty for hoarding so much untaxed when regular people pay so much in taxes? Though Ms. Bosanek responded to an initial inquiry, she declined to offer any such examples.

In a long statement last week, Mr. Buffett defended himself by pointing to his long advocacy for a fairer taxation system, and then he immediately told on himself by undermining the very idea of taxes in the same letter. “I believe the money will be of more use to society if disbursed philanthropically than if it is used to slightly reduce an ever-increasing U.S. debt.”

In other words: I believe in higher income taxes on people like me, but I’m highly organized to avoid having income to report, and I don’t really believe in taxes because I think I should decide how these surplus resources are spent.

And this points to another way in which the Good Billionaire is hard to deal with. The crooks and the scoundrels and the people manifestly looking for quick P.R. highs come to philanthropy for the marketing payoff. When Goldman Sachs announces a new initiative on fighting the racial wealth gap despite having done little to repair the damage it did to Black homeowners in contributing to the 2008 financial meltdown, some may be fooled, but, more and more, many are not.

Supposed Good Billionaires like Mr. Buffett and his friend Bill Gates are more complicated because they give real money. They may benefit from marketing but also seem to many people to be motivated by more than that, and they apply their smarts to the work.

Yet because of this, it is often the Good Billionaires who end up with the most illegitimate influence over public life. No one is asking members of the Sackler family for public health advice. But Mr. Gates has become a major policy voice on vaccines despite holding no elected position. Mr. Buffett, for his part, has shied away from that kind of lane hopping and richsplaining, but in donating his fortune to Mr. Gates’s foundation he has pumped up that undemocratic influence.

Mr. Buffett is almost the perfectly made billionaire for this moment in which, at last, many Americans are beginning to question not only corruptions of the system but the matter of whether billionaires should exist at all. He doesn’t do the things the worst of them do. He isn’t in it for what they’re in it for. He clearly must care about money, but he also kind of doesn’t care about money. Even in his generosity, he has avoided the imperial lording over that others cannot resist.

And this is what makes him so troubling, because through him we are tempted into believing that a system can be defended that allows a man to accumulate more than $100 billion while people are sleeping, in hock to him, in his mobile homes, shortening their lives with the beverages he’s invested in, scampering around the warehouses whose nonunion status has redounded to his money pile.

It can’t. And who keeps us from seeing that simple, stark truth more effectively, more perniciously, than the Good Billionaire?

Anand Giridharadas (@AnandWrites), publisher of The.Ink newsletter, is the author of “Winners Take All: The Elite Charade of Changing the World.”