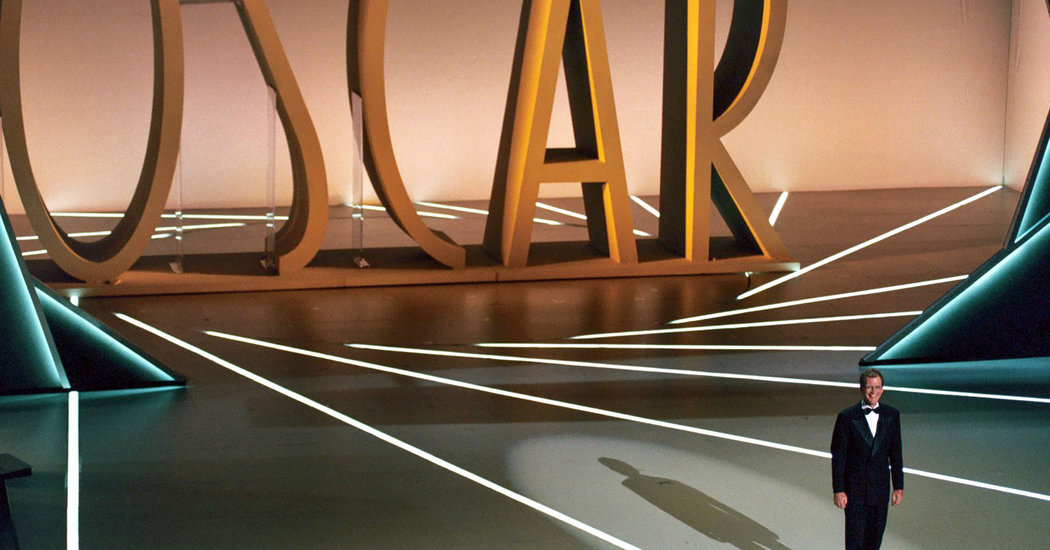 David Letterman is ready to talk. He’s “giddy,” he tells me, and “delighted,” and “about to crack with excitement,” and at first he seems to be joking, laying on thick the irony and sarcasm that defined his persona for so long.

But he’s not kidding. “I’ve had no one to talk to about this, since it happened, save my poor wife,” he explained earnestly, and added, “It took me less time to get over the bypass surgery than it did to get over hosting the Academy Awards.”

Yet here we are, 25 years later, discussing the one and only time he hosted the Oscar telecast. He doesn’t mince words; Letterman calls it, at three separate points in our conversation, “the greatest professional embarrassment I’ve ever endured.”

But I remember watching that show and laughing throughout. In the years since, I’ve assumed it was a case of a film-industry outsider whose East Coast cynicism was simply a bad match for the room. After I arranged an interview in Midtown Manhattan to put my theory to Letterman, however, I was shocked to discover he agreed with all those lists of the worst Oscar hosts ever.

When he accepted the March 1995 gig, Letterman was on top of the world. He had defected to CBS after NBC chose Jay Leno as Johnny Carson’s successor on “The Tonight Show,” and “Late Show With David Letterman” was beating Leno handily in the ratings. When the ABC president Ted Harbert announced Letterman’s selection as Oscars host, he said hopefully, “If Dave likes the experience, this could be a great answer for the show, just the way Carson did the show for many years.”

Carson was Letterman’s hero, and stepping into his shoes (particularly after being denied Carson’s desk) was certainly a factor in accepting the Oscars job. But there was more to it, Letterman told me: “It was ‘pride goeth before the fall.’” This was something he was expected to do, at the level of success he had achieved. “I have no choice. I have to do this,” he remembered thinking, adding, “I cannot now say no.”

From the beginning, Letterman and his longtime producer, Rob Burnett, determined that the smartest strategy was to do what they did best, “things that had proven successful for a number of years.” So they peppered the ceremony with favorites from Letterman’s late-night shows: a monologue, a Top 10 list, wry taped segments, even a Stupid Pet Trick.

But for all the preparation, Letterman was also open to inspiration. “Rob Burnett, who was very good at last-minute things, he says to me — literally with 20 minutes to go — he says, you know what you can do? You go out and you say, ‘Oprah, Uma? Have you met Keanu?’ And I said, that’s genius. That is genius. I’m there.”

It was the kind of thing Letterman did on his talk shows all the time — seizing on a funny turn of phrase, overselling it, then using it as a silly running gag, an oddball refrain to fill awkward pauses.

The ceremony began, the orchestra struck up “Also Sprach Zarathustra,” and Letterman strode confidently onto the stage. “I’m looking at, I don’t know, 2,000 people,” he recalled, “and I can’t find Oprah. It’s like a kid lost at the airport. And then I realized I don’t recognize anybody. I don’t see Oprah, I don’t see Uma, forget Keanu! So I just go ahead and do it. And now I’m starting to panic, and I can feel beads of sweat forming behind my knees and my forehead. ‘Oprah, Uma …’ Dead silence. And I thought, ‘Oh, Keanu ain’t going to save this.’”

But it wasn’t until the flight back to New York that Letterman realized how badly it had gone. “Somewhere over Kansas,” he said, “the ugly reality of great embarrassment overtakes me.” He recalled seeing newspaper headlines in the airport: “Letterman bombs,” “Letterman banned from showbiz.” When “Late Show” returned on April 3, Letterman skewered his own performance, presenting a Top 10 list of “complaints about this year’s Academy Awards.” No. 1 was one word: “Letterman.”

“That only speaks to the embarrassment I felt,” he explained. “I just felt like I’ve got to keep talking: ‘I know, I know, I sucked! I know that, it’s not a surprise.’ It’s a defense mechanism.”

And he kept saying it, night after night, week after week, for more than a year. Jason Zinoman, who also writes for The Times, cataloged those jabs in his Letterman biography, writing, “His reflexive self-loathing turned into jokes that then became self-fulfilling, creating an impression of failure that reached more people than any review.”

Jimmy Kimmel, who would twice host the Oscars himself, concurred. “I think the reason that show is remembered as less than stellar is because Dave himself branded it that way,” he wrote in an email. “I remember watching it and thinking it was great, then watching his show and finding out he didn’t.”

There were, to be sure, some bad reviews. But there were also good ones. Joyce Millman raved in the San Francisco Examiner, “David Letterman did the impossible — he made something entertaining from what is traditionally the most boring three hours of TV this side of a test pattern.” Others blamed the failure of the show on the enterprise itself, rather than its host. In Newsday, Gene Seymour called the Oscars too bloated “for even Letterman’s guerrilla incisions to deflate.”

Some of the most scathing reviews came from the West Coast, whose inhabitants may have resented this outsider, this New York wiseass, flying in to make light of their big night. According to The New York Post, no less a quintessential Californian than Jack Nicholson, burned by a punch line, growled to a pal, “David Letterman should stick to the East Coast.”

Presented with the idea that Nicholson was onto something, that his brand of irreverent, anti-showbiz humor just didn’t play well with that very Hollywood crowd, Letterman does not budge. “God, I wish I could subscribe to that theory,” he said and shrugged. “You talk to any comedian, and he or she knows when things go well and knows when things don’t go well. And there’s not a word anyone — family members, critics, anybody — can say to talk you out of that. I knew that it was not going well.”

He gave another example. Midway through the ceremony, he brought out a popular guest from his late-night show’s “Stupid Pet Tricks” segment: a dog that would start whirling whenever people applauded, and would not stop until the clapping did. Letterman invited Tom Hanks to help him roll out a carpet (“the poor guy, I drag him into this mess”), the dog trotted out, the audience applauded, “and the dog chokes! The damn dog has choked during the Academy Awards!”

But here’s the thing: the dog didn’t choke. You can watch the segment (along with the rest of Letterman’s show) on YouTube. Sadie whirls in circles, the audience cheers, the bit goes just fine. So does “Oprah, Uma,” which gets a good, hearty laugh, every time. Yet in Letterman’s memory, in Letterman’s head, they failed. Like everything else that night. Including — especially — himself.

“To this day,” he repeated, “it is the single greatest professional embarrassment of my career, through nobody’s fault but my own.”

Yet the fault he speaks of isn’t just about what he did on that stage. “The minute I said yes,” he admitted, “the dread comes in. It’s like being in a coastal town and watching the fog roll in. ‘Oh my, here comes the dark cloud.’ And the self-doubt and dread washes over me. And I had a vivid realization that this is not going to go well. Vivid realization.”

That cloud complements a potent, persistent case of Impostor Syndrome; he’s spent much of his career, he told me, waiting for someone to tap his shoulder and whisper, “Dave, the real guy is here.” So yes, he may have created a self-fulfilling prophecy. He’ll grant that much. But nothing more.

My belief, on the other hand, is that the Letterman Oscars were a secret success. The ratings were the telecast’s highest in more than a decade at the time. He was asked to come back, more than once, “but I think one phone call may have been high school kids screwing around.” And just as he was ahead of his time in late night, Letterman was ahead of his time as an awards show host. The chummy, gentle ribbing of Billy Crystal or Bob Hope is the outlier now; subsequent hosts like Kimmel and Seth MacFarlane (and, taken to the extreme, Ricky Gervais’s combative Golden Globe gigs) have hewed much closer to the Letterman model of jaded outsider.

“I’ve rewatched every Oscar broadcast from the last 30 years,” Kimmel wrote, “and think Letterman was one of the better hosts.”

These days, finding a merely satisfactory master of ceremonies is tough; the Oscars went hostless in 2019, and will do the same this year. Is it simply an impossible job?

“I don’t know how to answer that,” Letterman shrugged. “I think that you have a point, until somebody goes on there and does a great job, and then it’ll all change again.”

Letterman, in the meantime, will continue to relive that evening in March 1995, to rehash it in his head, second-guessing himself, the choices he made, the jokes he told.

“I think all of that would have worked better if I had not struggled with the opening eight minutes,” he said, finally. “You know who really is at fault here is Oprah and Uma and Keanu. Have you talked to them?”