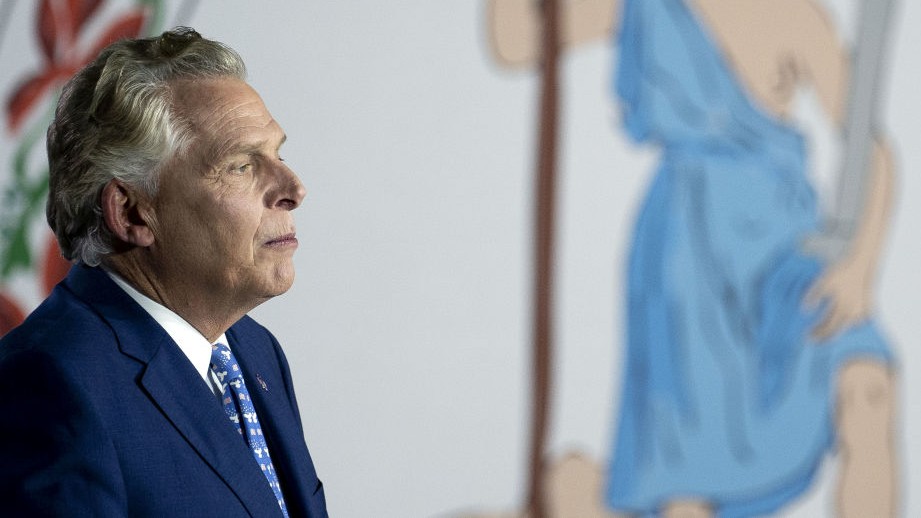 “While last night we came up short, I am proud that we spent this campaign fighting for the values we so deeply believe in,” Democrat Terry McAuliffe’s concession statement said

McAuliffe said in a statement after 9 a.m. Wednesday: “While last night we came up short, I am proud that we spent this campaign fighting for the values we so deeply believe in.”

McAuliffe congratulated Gov.-elect Youngkin and said he would keep fighting for top Democratic priorities, including on education, voting rights and abortion.

McAuliffe addressed supporters late on election night and called for every vote to be counted, though Youngkin appeared to have pulled ahead. “The fight continues,” he said.

“While last night we came up short, I am proud that we spent this campaign fighting for the values we so deeply believe in. We must protect Virginia’s great public schools and invest in our students. We must protect affordable health care coverage, raise the minimum wage faster, and expand paid leave so working families have a fighting shot. We must protect voting rights, protect a woman’s right to choose, and, above all else, we must protect our democracy. While there will be setbacks along the way, I am confident that the long term path of Virginia is toward inclusion, openness and tolerance for all.

“Congratulations to Governor-Elect Glenn Youngkin on his victory. I hope Virginians will join me in wishing the best to him and his family.

“I would like to thank my wife Dorothy, my family, and my incredible campaign team for their tireless efforts and dedication over these past eleven months. And to all of my supporters across Virginia who knocked on millions of doors, made countless phone calls, and talked to their family, friends and neighbors: I am eternally grateful that you joined me on this journey to move Virginia forward.

“Serving as Virginia’s 72nd governor was the highest honor of my life, and I will never stop fighting to make our Commonwealth stronger and brighter for all.”

What Terry McAuliffe Was Expected to Do as Governor

If McAuliffe had won, he was expected to usher in a continuation of Democratic priorities in the state, political analysts told News4.

Wrighten said she expected that if elected McAuliffe would “maintain what’s been done already. For many people, that’s enough.”

McAuliffe was expected to advance COVID-19 vaccine mandates, defend abortion rights, pursue paid leave, speed up the timeline for boosting the minimum wage to $15 per hour and move the state closer to reaching 100% clean energy.

Stay with NBC Washington for more details on this developing story.