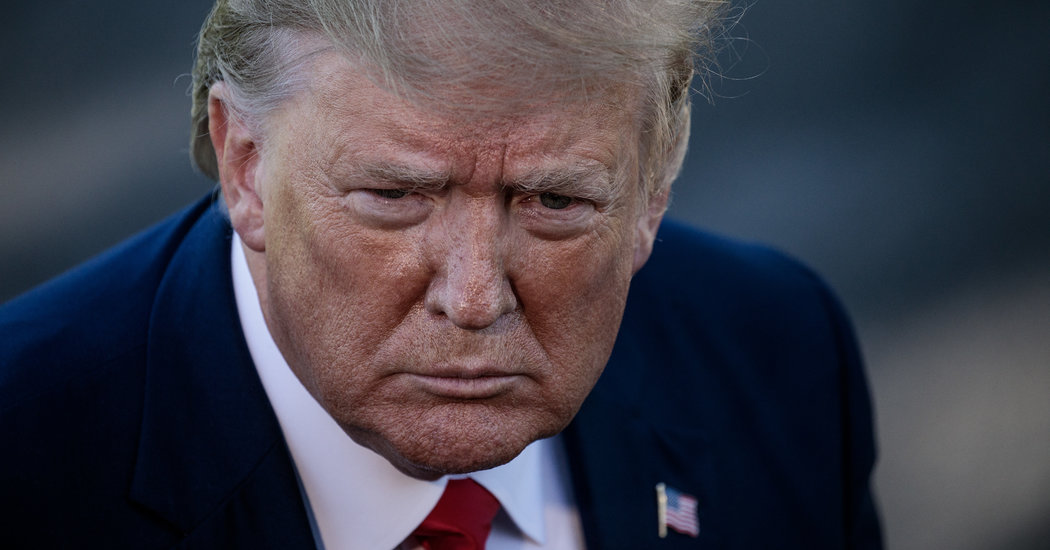 We choose our presidents in happy times and sad, amid bull and bear markets, when we’re trying to conserve what is and when we’re itching to discover what might be.

We should always choose them as if we’re on the brink of war, because it’s impossible to predict when we’ll find ourselves there, in petrified need of a strong, stable leader we can trust.

Donald Trump was chosen in a fit of long-building and largely warranted cynicism, as a gamble and protest. He hadn’t demonstrated any particular strength, only that he could perform a peculiar burlesque of it. He showed zilch in the way of honor, but had a genius for stoking doubts that it still existed in politics at all. His supporters thrilled to a pledge of disruption, not a promise of safe harbor.

And here we are, with an inexperienced, impulsive and perpetually aggrieved commander in chief precisely when we can’t afford one.

I hope I have him wrong. I do. I hope that some of his worst colors are an act, that some of his rashest outbursts are a strategy, that instinct can be as useful as erudition and that in ordering the killing of Maj. Gen. Qassim Suleimani, he has persuaded Iran to rethink rather than redouble its aggression.

But there are reasons to be worried, even terrified, and they’re rooted in his untraditional and sometimes irrational approach to the presidency — and in the wages of that.

I’m scared because all presidents are only as good as the counsel they seek and the counselors who provide it, and Trump has burned through so many top advisers and so much good will that he operates with a hollowed-out staff of half-baked experience.

His second (and current) defense secretary, Mark Esper, lacks the seasoning and stature of his first, Jim Mattis, who resigned 13 months ago when Trump rejected his pleas and vowed to pull American troops out of Syria. That, at least, was the specific prompt for Mattis’s departure. But Mattis also “found the president to be of limited cognitive ability and of generally dubious character,” wrote Jeffrey Goldberg, the editor in chief of The Atlantic, in a profile of Mattis last fall.

Limited cognition? Dubious character? Those may not matter when you’re choosing the gilt for a golf resort or skyscraper. They do when you’re deciding whether to put American lives on the line.

Trump is on his fourth national security adviser, Robert O’Brien, whose résumé is thin for the job. And throughout the Trump administration, there are relevant posts unfilled or occupied by officials never confirmed by the Senate.

We’re estranged from some of our most important allies, who are exhausted by Trump’s moods, offended by his mockery of them and chilled by his ignorance. They have concluded that if he is America, America is no longer trustworthy.

As Greg Miller of The Washington Post recently observed, the president “has disparaged U.S. intelligence agencies, disrupted relationships with European partners and diluted the power of the bully pulpit with thousands of falsehoods.”

All of that is coming home to roost. It’s impossible not to hear his justifications for Suleimani’s killing through the filter of his past exaggerations and lies. It will be equally difficult to have faith in the information that he doles out going forward.

And it’s hard to make sense of this. Erratic in so many other ways, Trump was fairly consistent in opposing American military entanglements in the Middle East, to the point of scornfully bashing Republicans who got us into Iraq and ignoring recommendations for reprisals against Iran before last week.

But in targeting Suleimani, he embraced a course that his predecessors in the Oval Office rejected as too extreme. According to The Times’s reporting, Pentagon officials were stunned.

Is Trump’s spectacular turnabout a function of fresh developments or a spasm of ego? We’re always yoked to a president’s psyche — to George W. Bush’s itch for separation from his father, to Barack Obama’s investment in his own unflappability. Trump’s self-soothing pantomimes of potency could strangle us.

And what of his recklessly provocative tweets? They’re one thing when he’s baiting Democrats, quite another when he’s thumbing his nose at international law. On Twitter he threatened to bomb important cultural sites in Iran and later explained to reporters aboard Air Force One that if it and other countries were going to engage in terrorism and torture, hell, why should we be any better?

Here, Mr. President, is the reason: because we aspire to values that are actually worth fighting for. And the day we take our cues from the likes of the Taliban and the Islamic State is the day we should just junk the Statue of Liberty and retire the national anthem.

Reshaping America’s image in 280-character yowls and uppercase yelps, Trump told Iran to be prepared for military attacks of “a disproportionate manner.”

Please, God, let Richard Nixon’s “madman theory” of international relations — which held that an aura of recklessness might cow adversaries — have merit. Otherwise, there’s no telling where this mad man might drag us.

“Donald Trump has not made a single public statement since ordering last Thursday’s operation that has not been either unhelpful or counterproductive,” Noah Rothman, the associate editor of Commentary, wrote on Monday. Rothman is conservative, does not routinely bash Trump and defended Suleimani’s killing itself. But in his essay, titled “A Dangerous Man in Perilous Times,” he noted that “the best anyone can say about Trump’s spasmodic conduct is that it won’t matter.”

“Serious moments demand sober and rational minds at the helm, and the president’s behavior so far does not inspire confidence,” Rothman added.

No, it makes you tremble.