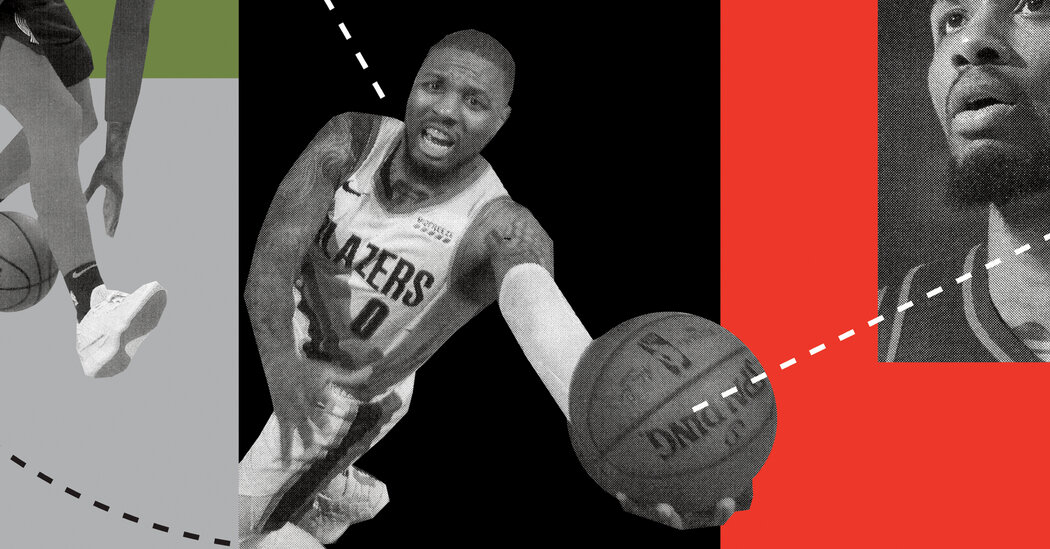 A postgame interview offers a reminder that the spectacle of public life is best backed up with real work.

The scene is so familiar that it’s practically banal. Damian Lillard, the Portland Trailblazers’ All-Star guard, stands on a basketball court, covered in sweat and breathing heavily, fresh from scoring 50 points to lead the Blazers to a comeback win last month. From a TV studio far away, Dwyane Wade, an All-Star guard turned commentator, asks Lillard how he manages to make commercials, record music, raise three children and still drain 3-point shots from near half-court. This is where the script calls for Lillard to fall back on the usual jock clichés about thanking God and taking it one game at a time.

Instead, he moves in a different direction. “None of those things that you just named would be possible without the work,” Lillard says. “I wasn’t a highly touted middle school player, high school player or college player. I had to do my work behind the scenes.” He goes on to recall what it was like “to not have the lights on you and to want to be seen” and the methodical process involved in escaping that condition. Then, summoning the underdog spirit of Rocky Balboa and the Protestant ethic of Max Weber, he says: “I don’t forget those steps that it took for me to get here. So even though I got a family and I got all these commercials and these endorsements, I don’t forget the thing that makes all of those things possible. Which is the work, the discipline.”

I did not see Lillard’s peroration live on TV but a day later, on Twitter, where it played in heavy rotation, accompanied by sentiments like “class act” and “no better role model.” I am a basketball fan and have followed Lillard since his college days; the first time I came across the clip, I also happened to be waiting for my daughter to finish soccer practice. And yet despite being steeped in sports, both in my history and in that moment, they were the furthest thing from my mind as I watched. Lillard’s defense of discipline and hard work made me think about, of all things, politics.

Public performance and spectacle — rallies, speeches, news conferences — are as inherent to politics as they are to sports. Our two major political parties even hold their national conventions in giant sports arenas. And in politics, just as in sports, a tremendous amount of behind-the-scenes work is involved in making the spectacle possible. Before the senator’s dramatic floor speech, the bill must be drafted; the convention pageantry is typically preceded by the monthslong slog of drawing up a party platform. The public performance of politics is secondary to — and at the service of — the behind-the-scenes work, because the behind-the-scenes work is, in effect, the actual operation of government.

But in the last half decade, American politics has increasingly been dominated by its performative, under-the-lights aspects. Part of the appeal of Donald Trump’s 2016 candidacy was precisely that he wasn’t a career politician, that he hadn’t put in the work. Perhaps if he had been a different type of businessman, he and his staff might have been willing to grind behind the scenes once he reached the White House. Instead, governing took a back seat to performing. At the outset of the pandemic, for instance, Trump summoned reporters to the Rose Garden, where he crowed that Google had a vast team of engineers whipping up a website that Americans could use to sort out if and where they should be tested for the coronavirus. Google must have been surprised to hear this; the reality was that a subsidiary of its parent company was starting a testing program, beginning in the Bay Area, that would ultimately facilitate less than 1 percent of tests in the country last year. Even heavily promoted initiatives central to the MAGA agenda, like rolling back regulations on power plants or adding a citizenship question to the census, were so sloppily executed that courts ultimately overturned them on procedural grounds.

Public performance and spectacle are as inherent to politics as they are to sports.

This limelight-obsessed approach to politics extends far beyond Trump. Shortly after being sworn in in January, Representative Madison Cawthorn, a freshman from North Carolina, wrote an email to his Republican colleagues, obtained by Time magazine, boasting that he had “built my staff around comms rather than legislation.” In other words, his office planned to focus its energies not on lawmaking but on getting Cawthorn on TV to fire up the base. (This is not an irrational plan: Contemporary politics is so focused on the culture war that Cawthorn will most likely accrue more clout railing about Democrats’ trying to turn the country “into a Communist ash heap” than by sweating the details of legislation to, say, help small-business owners.) In February, as Texas suffered through days of blackouts that have been widely attributed to a failure to winterize its power systems, Gov. Greg Abbott appeared on Sean Hannity’s Fox News show to try to score political points by falsely blaming clean energy: “This shows how the Green New Deal would be a deadly deal for the United States of America,” he said, while some of his state’s residents were literally freezing to death.

During Joe Biden’s short time in office, he has been praised for focusing more on governing and less on entertaining. His aides advertise his diligence, catering to a post-Trump public desire for bureaucratic competence. “Joe Biden is the president — he’s not a pundit,” the press secretary, Jen Psaki, told reporters in February, noting that Biden would not be watching or opining on Trump’s second impeachment trial. Not staring at cable news all day and spouting off on Twitter, however, is an extremely low bar by which to measure a president. The “under-promise/over-deliver strategy” is “working well for President Biden so far,” as the CNN White House correspondent John Harwood wrote on Twitter — but perhaps the reason Biden can afford to under-promise in the first place is that Americans have come to expect so little.

We do, however, still expect a lot of our sports heroes. Over the last few years, Lillard has been among the many to wade into politics; last summer, he marched with Black Lives Matter protesters and released a song, as Dame D.O.L.L.A., about the police killings of George Floyd and others. Efforts like these have been met with criticism from right-wing commentators like Laura Ingraham, who once admonished politically active athletes to “shut up and dribble.” But athletes like Lillard recognize that it is their ability to dribble — their diligent mastering of the fundamentals of their sports — that allows them to have political impact. As he told Dwyane Wade, “I know that’s a part of why I’ve been able to get a lot of the things that I’ve gotten.” This is an approach that politicians might do well to emulate. For too many, there are no fundamentals, only showboating. Maybe it’s time someone told them to shut up and govern.

Jason Zengerle is a writer at large for the magazine. He last wrote about how the Trump era broke the Sunday-morning news show.