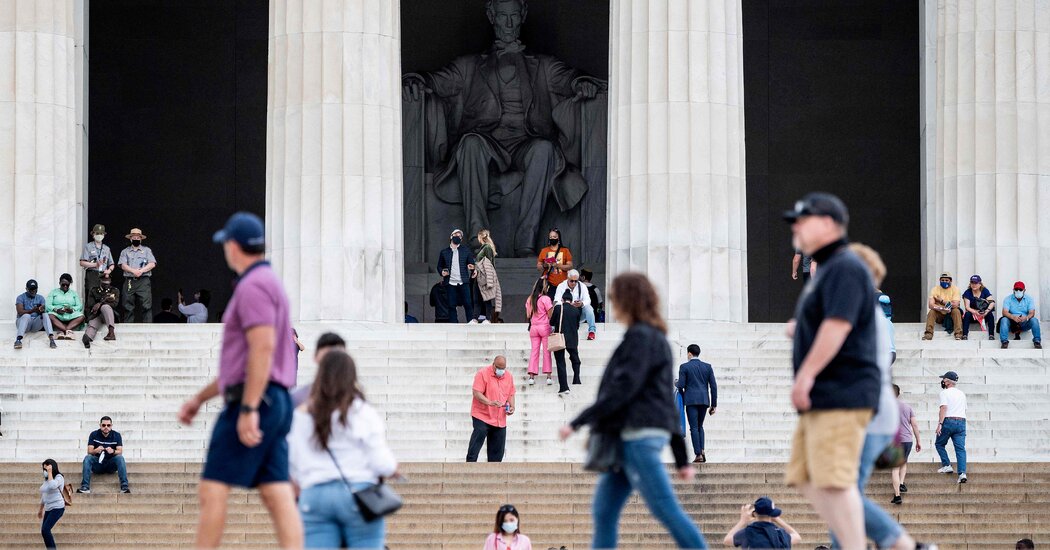 NASHVILLE — For the first 13 years of my life, my country was at war in Vietnam. Every night, my father would watch the news — sometimes Huntley and Brinkley, sometimes Walter Cronkite — and almost every night I sat on the floor next to him while he smoked a cigarette and swirled the ice in his glass. I loved the scent of him, the smell of smoke and sweat and whiskey. I would lean against his warm leg, only half listening to the news.

I don’t remember how old I was when I first noticed the casualty counts that closed those broadcasts, but at some point it dawned on me that boys in America grow up and go to war, and some of them die there. American boys had been dying in Vietnam for my entire life, and I assumed they would always be dying there.

My father never went to war. He was too young for World War II and too old for Vietnam. During the Korean War, he was in the Army Reserve or the National Guard; I don’t remember which. He was prepared to go when called, but he was never called. He once remarked that his was the only Alabama unit to spend the entire Korean War in Alabama, and he regarded this circumstance impassively, with neither relief nor dismay. It was simply the luck of the draw.

Young men of my father’s generation grew up during wartime and generally expected to serve when their turn came. No generation since has felt the same way. There are compelling reasons for that shift — the protracted catastrophe in Vietnam not least — but I’m less interested in why it happened than in what it tells us about our country now. What does it mean to live in a nation with no expectation for national service? With no close-hand experience of national sacrifice?

I don’t mean to glorify war. I have vehemently opposed every ill-advised military excursion this country has engaged in and mourned the unnecessary suffering that our leaders’ arrogance has caused all over the globe. But ever since I sat at my father’s knee and listened to the nightly casualty count in Vietnam, I have never been anything less than grateful for the servicemen and women themselves, and every year I find it a little bit heartbreaking to be reminded of what Memorial Day has become.

For some service members’ families, Memorial Day is truly a time for remembrance and fresh grief, but it has been decades now since those profound losses were felt in every community, by nearly every family. For most of us, Memorial Day simply marks the unofficial beginning of summer — a chance to cookout, to go swimming, or to sit with friends in the shade of the long, long afternoon, waiting for lightning bugs to come out.

In 1906, the American philosopher William James delivered an address at Stanford University that was later published as “Proposing the Moral Equivalent of War.” In it, he made the case for a form of compulsory national service that would instill the same virtues as those so often ascribed to military service. Without the fear and brutality of war, national service would be a morally uncomplicated way for young people “to get the childishness knocked out of them, and to come back into society with healthier sympathies and soberer ideas.”

Some of James’s own sober ideas have not survived the test of time. He thought, for instance, that waging “immemorial human warfare against nature” was an apt use of young people conscripted into national service, though the human war against nature has never needed reinforcements. We have been waging unceasing war against nature for the entire history of humanity.

Nevertheless, the need for some nonmartial way to nurture communitarian qualities is more urgent now than ever. We have lately been reminded of the absolute necessity for Americans to be motivated by warm fellow feeling across divides of region, race, class, politics, religion, age, gender or ability; to cultivate a sense of common purpose; to make sacrifices for the sake of others. And that reminder came in the form of watching what happens when such qualities are absent, even anathema, in whole regions of the country.

Lied to by the president of the United States and egged on by craven commentators, many Americans staunchly refused to give up social gatherings, no matter that staying home was the best way to keep the virus from spreading. They refused to wear masks, and they mocked and harassed people who did. Some are, even now, rejecting a vaccine that could keep the virus from mutating into so many variants that there will be no hope of containing it. And they have done it all, they insist, because they are patriots.

Covid deaths are counted in such inconsistent ways that we may never know their true number, but by one estimate as many as 900,000 Americans have already died of the virus. If you exclude the Civil War, in which Americans fought on both sides, that’s more Americans lost to Covid than in all the other wars we have fought. Combined.

In short, the coronavirus pandemic became a perfect illustration of James’s “moral equivalent of war.” We weren’t fighting a human enemy, but we were fighting for our lives even so. This national calamity, this invasion by a destructive and unstoppable force, was our chance to come together across every possible division. We could finally remember how to sacrifice on behalf of our fellow Americans, how to mourn together the unfathomable losses — not just of life but of security, camaraderie, the capacity for hope.

Plenty of Americans — essential workers, first responders, hospital staff, teachers and many others — lost their lives because they made such sacrifices. Millions more complied unhesitatingly with measures designed to keep the most vulnerable among us safe. But too, too many of us did not. Too many were hostile to the very idea that they should alter their behavior even in the smallest way for the sake of strangers.

But for those “patriots,” we might be able now to imagine the proclamation of another kind of Memorial Day, one that commemorates not self-sacrifice in war but the lives we saved by joining together to serve the same cause. If Vietnam exploded the unquestioned commitment to national service, the coronavirus pandemic should have been the very thing to bring it back.

That it did exactly the opposite tells us something about who we are as human beings, and who we are as a nation. There is more to mourn today than I ever understood before.

Margaret Renkl is a contributing opinion writer who covers flora, fauna, politics and culture in the American South. She is the author of the books “Late Migrations: A Natural History of Love and Loss” and the forthcoming “Graceland, At Last: Notes on Hope and Heartache From the American South.”