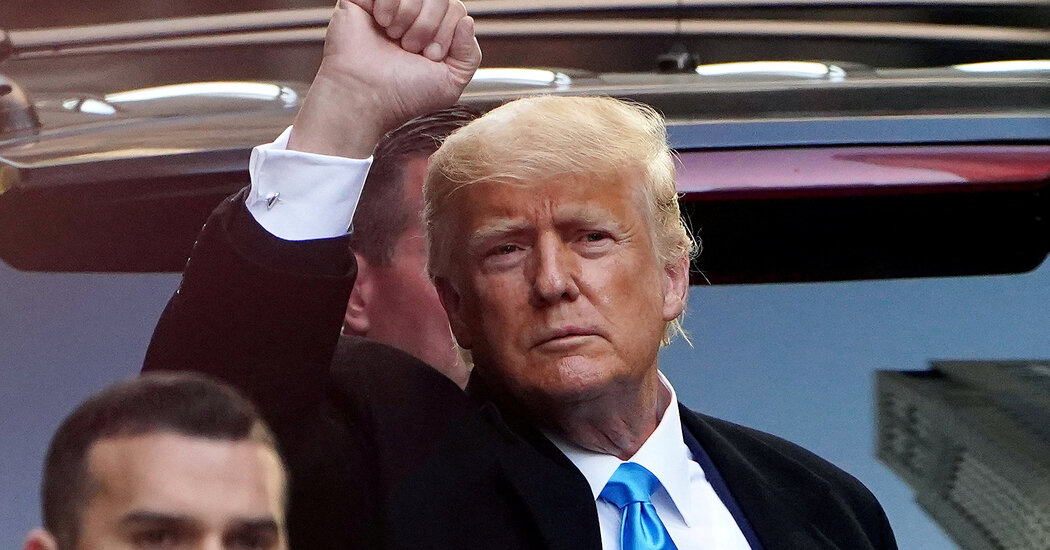 Instead of conspiracy-mongering about an election they did well in, they could try to win real majorities.

There was a time, in recent memory, when the Republican Party both believed it could win a national majority and actively worked to build one.

Take the last Republican president before Donald Trump, George W. Bush. His chief political adviser, Karl Rove, envisioned a durable Republican majority, if not a permanent one. And Bush would try to make this a reality.

To appeal to moderate suburban voters, Bush would make education a priority and promise a “compassionate conservatism.” To strengthen the party’s hold on white evangelicals, Bush emphasized his Christianity and worked to polarize the country over abortion, same-sex marriage and other questions of sexual ethics and morality. Bush courted Black and Hispanic voters with the promise of homeownership and signed a giveaway to seniors in the form of the Medicare prescription drug benefit. He also made it a point to have a diverse cabinet, elevating figures like Colin Powell, Condoleezza Rice and Alberto Gonzales.

Whether shrewd or misguided, cynical or sincere — or outright cruel and divisive — these gambits were each part of an effort to expand the Republican coalition as far as it could go without abandoning Reaganite conservatism itself. It was the work of a self-assured political movement, confident that it could secure a position as the nation’s de facto governing party.

There is no such ambition, or confidence, in today’s Republican Party.

Convinced, after Trump’s defeat in the 2020 presidential election, that there is no way to win the White House in a diverse electorate with high turnout, Republicans have made it their mission to restrict the vote as much as possible.

Conservative grass-roots and political action groups are joining the crusade, according to reporting by my newsroom colleague Jeremy Peters, galvanized into action by the former president, who blames nonexistent fraud and illegal voting for his defeat. “We’ve got 106 election-related bills that are in 28 states right now,” Tony Perkins, the president of the Family Research Council, told an online town hall of supporters. “So here’s the good news: There is action taking place to go back and correct what was uncovered in this last election.”

Other organizations, like the Heritage Foundation, have pledged to spend millions in support of policies that would limit access to the ballot and keep voters from the polls.

Those include laws that would require identification for voters and limit the availability of absentee ballots, as well as other policies that Heritage said would “secure and strengthen state election systems.”

The other side of this effort to restrict the vote is a full-court press against the “For the People Act,” which would pre-empt most Republican voter-suppression bills. “It kind of feels like an all-hands-on-deck moment for the conservative movement, when the movement writ large realizes the sanctity of our elections is paramount and voter distrust is at an all-time high,” Jessica Anderson of Heritage Action for America told The Associated Press.

And in a recording of an address to Republican state legislators obtained by the A.P., Senator Ted Cruz of Texas warned that a voter-protection bill would spell the end of the Republican Party as a viable national party. “H.R. 1’s only objective is to ensure that Democrats can never again lose another election, that they will win and maintain control of the House of Representatives and the Senate and of the state legislatures for the next century,” he said.

Some of this is undoubtedly cynical, a brazen attempt to capitalize on the conspiratorial rhetoric of the former president. But some of it is sincere, a genuine belief that the Republican Party will cease to exist if it cannot secure “election integrity.”

What’s striking about all this is that, far from evidence of Republican decline, the 2020 election is proof of Republican resilience, even strength. Trump won more than 74 million votes last year. He made substantial gains with Hispanic voters — reversing more than a decade of Republican decline — and improved with Black voters too. He lost, yes, but he left his party in better-than-expected shape in both the House and the Senate.

If Republicans could break themselves of Trump and look at last November with clear eyes, they would see that their fears of demographic eclipse are overblown and that they can compete — even thrive — in the kinds of high-turnout elections envisioned by voting rights activists.

In other words, by killing measures that make voting more open to everyone, Republicans might make their fears of terminal decline a self-fulfilling prophecy.