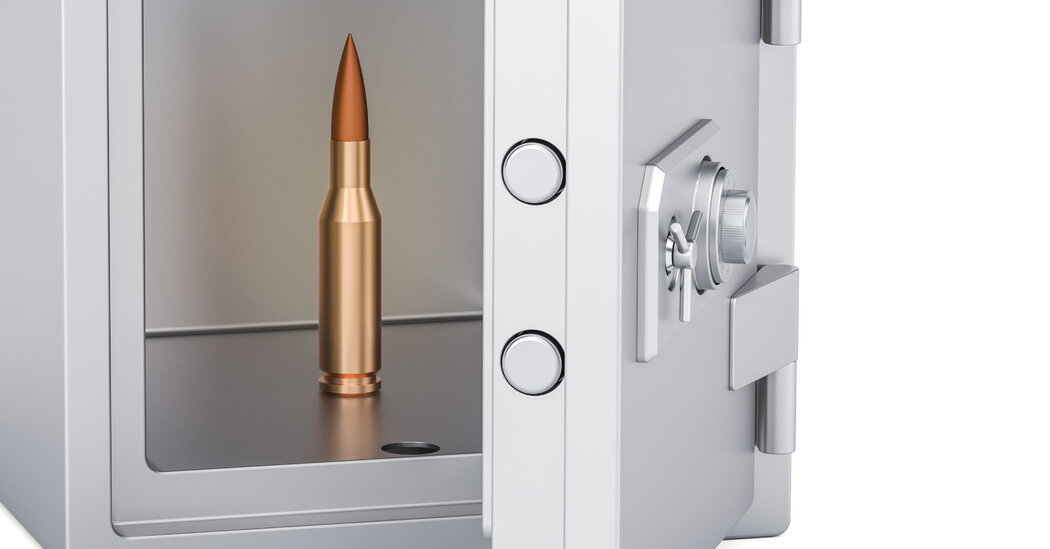 Americans who try to keep track of what’s going on in Congress frequently fall back on a cry of Why don’t they just. …

It comes up when there’s an apparently endless string of crises that appear to have simple, at least partial solutions.

One good, terrible example is mass shootings. It’s easy to throw your hands up in despair — our lawmakers should have spent a lot more time trying to avoid disasters like that hideous school blood bath in Michigan. The shooter was a student, using a gun that his parents had given him as a present. Mom and Dad are charged with involuntary manslaughter by a wildly frustrated prosecutor, but it’s hard to tell if this will work.

Still, whether the charges stick or not, it’s clear the parents were the problem. “LOL, I’m not mad at you. You have to learn not to get caught,” Jennifer Crumbley texted her son after a teacher found him looking at ammunition online.

Jennifer and her husband, James, seemed to believe that sharing weaponry with your son was a great way of bonding. According to prosecutors, Ethan Crumbley, 15, got a gun from a drawer in his parents’ bedroom — Michigan is among the majority of states that don’t have enough rules requiring secure storage. And very soon, four of his fellow students were dead.

Guns, often loaded, are left lying around a terrifying number of homes. Why doesn’t Congress at least pass a law requiring they be kept under lock and key?

Well, it’s not as if nobody thought about it. “I’m really trying to seize the moment,” said Senator Richard Blumenthal of Connecticut. Whenever terrible gun issues come up, it’s a good idea to talk to the lawmakers from Connecticut, where, back in 2012, a former student killed 20 first graders and six educators at a school in Newtown.

Many, many Americans remember the Newtown shooting — how they felt when they heard about it and, possibly, the confident expectation that this horror would mean the beginning of powerful gun safety legislation.

Nah. And Blumenthal says that so far he’s still “nowhere near” the 60 votes needed in the Senate to overcome a Republican filibuster and pass a bill mandating safe storage.

Opponents, to the degree that they bother to justify themselves at all, say that if all guns were locked up, owners might not be able to get their hands on their weapons fast enough in case murderous intruders broke into their home.

“The only thing that stops a bad guy with a gun is a good guy with a gun,” snarled Wayne LaPierre, the deeply disgraced and yet still C.E.O. of the National Rifle Association.

That’s Wayne’s world vision. Or you can look at it this way: Based on a study published in Preventive Medicine, guns were actually used for self-defense at home in approximately 1 percent of crimes surveyed between 2007 and 2011.

Meanwhile, according to Everytown for Gun Safety, this year there were at least 322 unintentional shootings by children in American homes, resulting in 132 deaths and 206 injuries.

And we’ve been through hundreds of school shootings since Newtown. The only real, serious response seems to have been the education of our children in what to do when a classmate starts spraying bullets. The United States is a world leader in teaching youngsters how to duck and cover behind their desks.

Even the modest gun regulation the country has managed to pass gets mangled, mauled and dismembered over time.

Connecticut’s other senator, Chris Murphy, has been laboring endlessly on the law requiring background checks for gun purchasers. There’s a large hole in the rules when it comes to weapons bought from private sellers. “I spent a lot of time earlier in the year trying to negotiate a compromise,” he said. But nada.

Last week, Murphy asked for unanimous consent for the Senate to take up his background check bill. “I understand the low likelihood of success,” he said — accurately, as it happens. But given the tragedy in Michigan, he thought it was the least he and his colleagues could do.

This frustration is a very familiar story. Back in 1994 the Senate passed a ban on assault weapons — those rapid-fire guns that figure so prominently in mass shootings. It was under the leadership of one Senator Joe Biden, who allowed the inclusion of a 10-year expiration date.

Whoops. After a decade, assault weapons came back like the swallows to Capistrano. The Arctic terns to Greenland. The gray whales to Baja. All attempts to get rid of them have flopped.

Well, at least Biden is back in power, ready to restart a fight for real gun safety. Unfortunately, so far he hasn’t even been able to get Congress to confirm a nominee to head the Bureau of Alcohol, Tobacco, Firearms and Explosives.

Or, it seems, pass a law requiring gun owners to keep their weapons stored in a safe place.