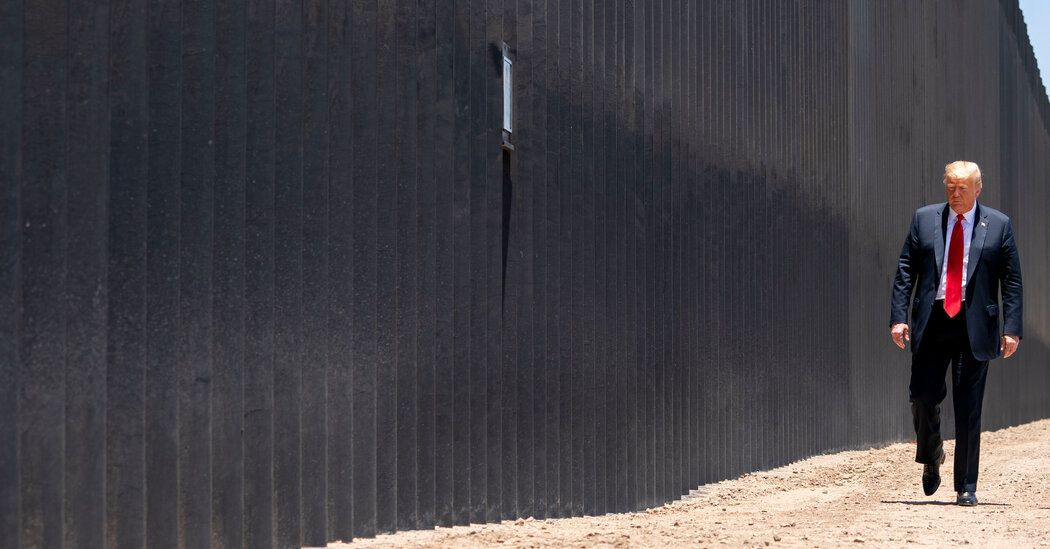 What would America be like today if President Trump had acted decisively in January to tackle the coronavirus, as soon as he was briefed on the danger?

One opportunity for decisive action came Jan. 28, when his national security adviser, Robert C. O’Brien, told Trump that the coronavirus “will be the biggest national security threat you face in your presidency.” Trump absorbed the warning, telling Bob Woodward days later how deadly and contagious the virus could be, according to Woodward’s new book, “Rage.”

Yet the president then misled the public by downplaying the virus, comparing it to the flu and saying that it would “go away.” He resisted masks, sidelined experts, held large rallies, denounced lockdowns and failed to get tests and protective equipment ready — and here we are, with Americans constituting 4 percent of the world’s population and 22 percent of Covid-19 deaths.

There’s plenty of blame to be directed as well at local officials, nursing home managers and ordinary citizens — but Trump set the national agenda.

Suppose he had ramped up production of masks and empowered the Centers for Disease Control and Prevention to lead the pandemic response, instead of marginalizing its experts.

Suppose he had tried as relentlessly to battle the virus as he has to build his wall?

If testing and contact tracing had been done right, then we would have known where hot spots were and large-scale lockdowns and layoffs might have been unnecessary.

The United States would still have made mistakes. We focused too much on ventilators and not enough on other things that might have been more useful, like face masks, blood thinners and high-flow nasal cannulas. Because of mask shortages, health messaging about their importance was bungled. Governors and mayors dithered, and nursing homes weren’t adequately protected.

Because of Covid-19, Trump called himself a wartime president, but he didn’t heed his generals and never ordered ammunition. In World War II, a Ford plant was configured to turn out one new B-24 bomber every hour, yet today we display none of that urgency even though Americans are dying from the virus at a faster pace than they fell in World War II.

It wasn’t as if the United States was unready. A 324-page study in October 2019 found that America was the best-prepared country in the world for a pandemic — but it didn’t imagine that the United States would fumble testing, data collection, contact tracing, communications and just about every other facet of managing a novel virus.

“The administration made every single mistake you could possibly make,” Larry Brilliant, an epidemiologist who early in his career helped eradicate smallpox, told me.

Jeffrey Shaman, a public health expert at Columbia University, calculated that if each county in the United States had acted just two weeks earlier to order lockdowns or other control measures, then more than 90 percent of Covid-19 deaths could have been avoided through early May.

Shaman told me that his team didn’t model even earlier interventions, in January or February, but that he believes it would have been plausible for the United States to enjoy the Covid-19 mortality rate of South Korea. That would mean almost a 99 percent reduction in mortality.

Linsey Marr, an expert on disease transmission at Virginia Tech, isn’t sure that we could have achieved South Korean or (somewhat higher) Japanese levels of mortality, because both of those countries have more of a tradition of mask-wearing. But she does believe that we could have perhaps achieved German levels (meaning an 80 percent reduction in deaths).

“We would have saved a lot of lives,” she said. “Kids would be going back to school.”

Natalie Dean, an expert in infectious diseases at the University of Florida, said she is troubled by a public fatigue, a desensitization to a death toll that has continued to pile up recently at the rate of about 1,000 a day.

Trump still hasn’t embraced the basic step public health officials sought more than a century ago during the 1918 pandemic of encouraging mask-wearing. Instead, he seems to have surrendered to the virus at least until a vaccine is available — while encouraging delusions among his supporters.

“There’s no Covid,” an unmasked man attending a Trump rally the other day told CNN. “It’s a fake pandemic.”

When a pandemic response has become so politicized, when leadership is so absent, when health messaging is so muddled, when science is so marginalized, it’s easier to understand how the best-prepared country in the world for a pandemic could have lost 190,000 citizens to the virus.