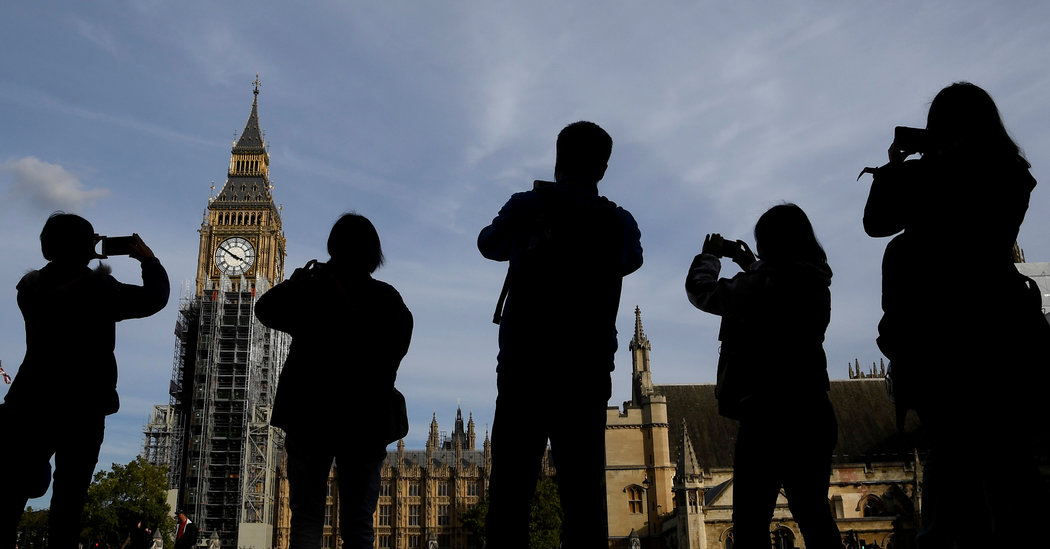 MILAN — I first set foot in Britain when I was 15, in the summer of 1972. The country was not part of the European Economic Community, the ancestor of the current European Union, but it would join six months later, on Jan. 1, 1973.

Many Italian families were sending their children north to study English in faded resorts like Eastbourne, on Britain’s southern coast, along with teenagers from all over Europe. We obliged, but learning the language was not high on our agenda; we were keener on getting acquainted with the Scandinavian girls. And we loved the new, exciting music; in Italy, a rock star like Alice Cooper would have been arrested or mistaken for an alien — possibly both.

Above all, we were mesmerized by that quaint country, where the citizens had pounds and not kilograms, restaurants served meat stew and mashed potatoes, families enjoyed donkey rides on the beach in the rain, and skinheads — the local thugs — misbehaved on the boardwalk every weekend, admirable only for their consistency.

Almost 48 years have gone by since I arrived in Britain. Now it will leave the European Union on Jan. 31, following the 2016 referendum on Brexit and Prime Minister Boris Johnson’s triumphant election victory in December. When I travel to Britain in February 2020, the country will be outside the E.U., as it was back in 1972. I still cannot come to terms with that. I’m one of the Continental Europeans who went full circle.

After that summer in Eastbourne, I spent five years living in Britain, at three London addresses (not including a squat in suburban Leytonstone in 1979). For 10 years, I wrote for The Economist, and for 34 years I have been a member of the Reform Club in London. There were many journeys (from Cornwall to the Outer Hebrides), a few books and radio programs, a dozen great English friends — all of whom voted Remain, of course — and an O.B.E. (Order of the British Empire), which Queen Elizabeth graciously bestowed upon me in 2001, for explaining the British to the Italians and vice versa (not difficult, Your Majesty: We used to like each other).

In a little more than a year, when the transition period is over and Britain has left the E.U. for good, I’ll probably be required, as an Italian national, to obtain a visa to return to the country that played such an important part in my life. If I flew from Milan to Hong Kong, I wouldn’t need one; to fly to London Heathrow, I expect to need one.

Am I angry? No. Surprised, yes. And disappointed, somehow. Like millions of fellow Europeans, I still can’t swallow it. Why had it happened this way? Three and a half million Continental Europeans live in Britain (the Italians number a solid half million). Many more lived there and since then visit often — for business, for pleasure, to see their friends. Because we like the place, the beer or the people — maybe all of these things. Because we feel the difference in atmosphere, physical and moral. “The curious, damp, blunt, good-humored, happy-go-lucky, old-established, slow-seeming formlessness of everything,” was the way the author John Galsworthy put it in 1917.

No one will prevent us from going back to Britain, of course. But things will be different. We are afraid we won’t feel quite as welcome.

Italy, Germany, Sweden, Poland, Spain — even France — considered London to be Europe’s unofficial capital. Rome is older, Paris may be grander, Berlin possibly more powerful. And Brussels, of course, is where the common rules are drawn up and the shared money is allocated. But the home of the ideas was always London: The best writing, the best films, the best music, the best soccer, the best design, arguably the best art and some of the smartest young people were there. Even the best food, lately, as people from Europe — and beyond — brought their skills and traditions.

For years, London has been the bow of Europe, its figurehead sailing into new waters. But a bow without a ship? Will it float or will it sink?

Prime Minister Johnson claimed, during the election campaign, that E.U. nationals who made Britain their home have treated it like “their own” country for too long. Why did he say that? As a smart, well-traveled Briton and a former mayor of London, he understands the contributions Europeans have made to the success of Britain — from the excellence of its schools to academia, from high tech to commerce, from the national health service to the finance sector, which helps to pay for it. E.U. nationals have treated Britain as their own country because that’s what it has been. A new home within a larger home, the union.

That’s not all. Mr. Johnson’s Britain may be tempted to attract talent and capital by offering some kind of deregulated, tax-free haven. For sure, he hopes that Donald Trump is re-elected in November and will offer Britain a new “special relationship,” more balanced than the current one. How will we react to that?

The European Union is powerful, and it won’t allow the creation of Shenzhen-upon-Thames (or Panama across the Channel, if you prefer). But individual Europeans — people like me — are likely to be more generous.

We’ll love Britain, no matter what. But will we admire and respect it in the future as we did in the past?