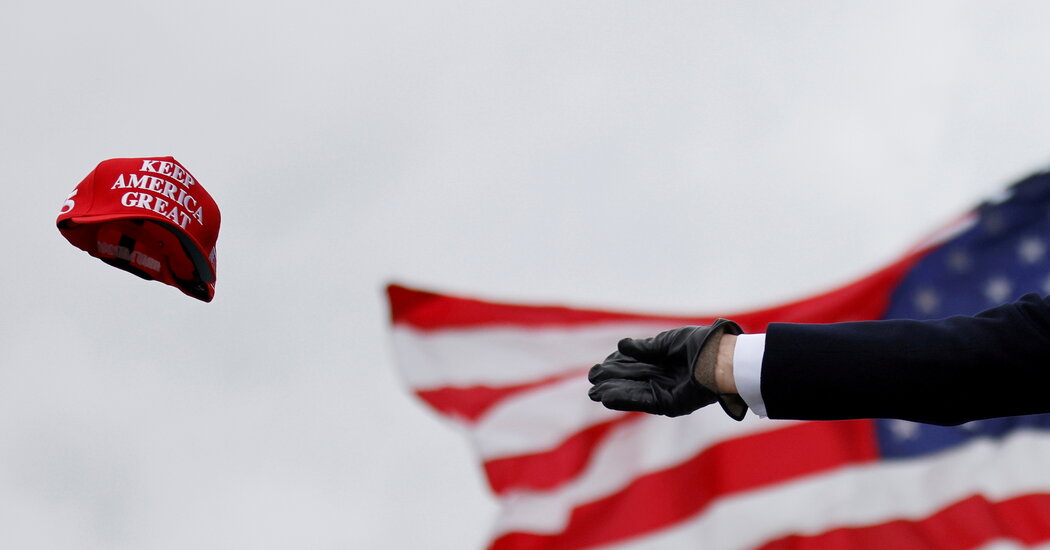 The younger American right isn’t like the conservatism of 20 years ago — it’s more reactionary and radical all at once, more pessimistic and possibly more dangerous. That’s the message of a pair of recent anthropologies of the youthful conservative intelligentsia: one by Sam Adler-Bell in The New Republic, based on interviews with various junior reactionaries, and one by my colleague David Brooks in The Atlantic, following his sojourn at the National Conservatism Conference in Orlando, Fla.

The essays emphasize the ways in which the newer, younger right is ill at ease in contemporary America, its psychology defined more by alienation than the basic patriotic comfort (however threatened by Communists and liberals) that Ronald Reagan successfully embodied.

This emphasis is understandable, but there’s another way of looking at the new right’s place in American politics. Its vibe is alienated and radical, certainly — but at the same time its analysis of our situation feels more timely, more of this moment, than many alternative programs on the right or left or center.

Abroad, the double failure of our post-9/11 nation-building efforts and our open door to China, which requires either a recalibration to contain the Chinese regime or else a general pullback from an overextended empire.

At home, the threat to liberty from Silicon Valley monopolies enforcing progressive orthodoxy and the threat to human happiness from the addictive nature of social media, online pornography and online life in general. The collapse of birthrates, the dissolution of institutional religion and the decline of bourgeois normalcy, manifest in the younger generation’s failure to mate, to marry, raise families. The post-1960s “great stagnation” in both living standards and technological innovation. The costs of cultural libertarianism, the increase in unhappiness and high rates of depression and addiction in a more individualistic society.

Then finally, the way in which the technocratic response to the pandemic, the retreat to a virtual life suited only to a “laptop class” (and maybe not even to them), may make these problems worse.

Now, you can critique this list and doubt its diagnoses. But still, if you look at reality through the new right’s alienated vision, you may see the strange world of 2021 more clearly than through other eyes. It responds to 21st-century developments (the China shock, the post-9/11 wars), to trends that have accelerated (religious disaffiliation, the birth dearth) or become more apparent (the great stagnation) since the turn of the millennium, and to institutions and technologies (the tech giants, social media) that were just emerging a generation ago.

I don’t see the same timeliness among the new right’s rivals. The ossified Reaganism that the younger conservatives intend to supplant is locked into the world of 1980, and if recent upticks in violent crime and inflation are making it seem more relevant again, it’s still just a case of a stopped clock being briefly right.

Meanwhile, both left and center-left are of the moment in their anxiety about Donald Trump. But if you ask them what they really want to do, what problems they intend to fix, their answers usually involve projects that date to the 1960s and 1970s: the completion of a Scandinavian-style welfare state for the economic left, the deconstruction of white male Christian heteronormativity for woke progressivism.

Projects aren’t misguided just because they’ve been around for a long time, and the center and left do have responses to some issues that animate the new right — there are critics of monopoly in the Democratic Party, center-left China hawks, Bernie Sanders supporters who envision social democracy as a response to the 21st century’s mounting social ills. Moreover, the new right’s critics would probably say that it devalues the very-21st-century threat of climate change by adding it to a list of unmet technological challenges, whereas the left offers a more direct response, the Green New Deal.

But still, if you asked which worldview has organized itself primarily around things that have changed in the world since 1999, I don’t think you’d pick progressivism. When the Biden administration is criticized from the left for its poverty of vision, the missing vision still sounds mostly like a Hubert Humphrey restoration. And woke progressivism’s supposed social radicalism, where racism and patriarchy are taken as the constant enemies, feels weirdly anachronistic in a world where cultural conservatism is an embattled subculture and cultural liberalism a default.

Being timelier, of course, doesn’t mean that the younger right is destined for power or wise governance. Its prescriptions lag its diagnoses and may never win popular support, and while it’s been empowered in certain ways by Trumpism, that entanglement may leave it an intellectual adjunct to a mostly destructive form of right-wing politics. (Exactly none of the challenges identified by the new right will be resolved if Trump drives us into a constitutional crisis in 2024.)

But still, if you look at reality through the new right’s alienated vision, you may see the strange world of 2021 more clearly than through other eyes.