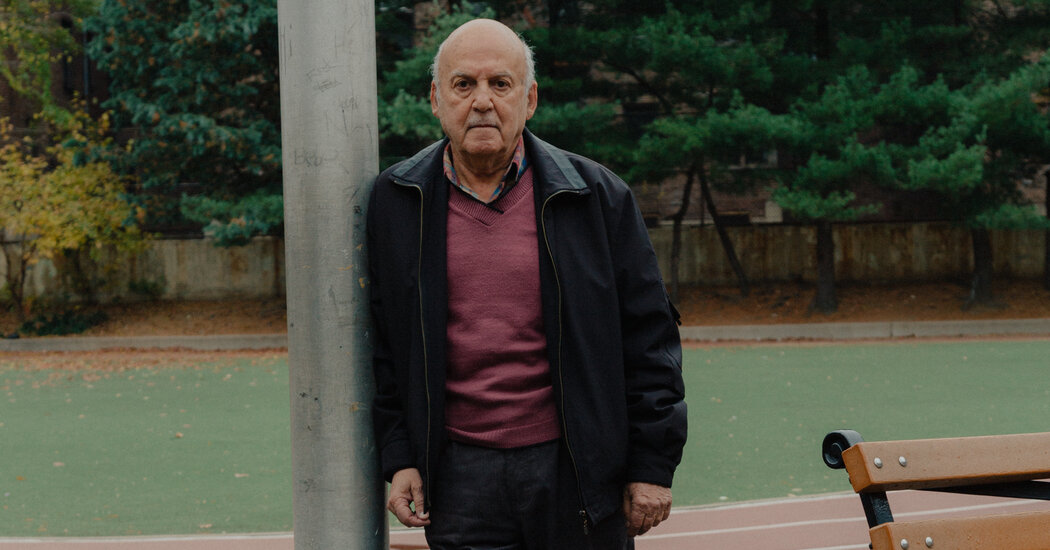 About 50 years ago, Eduard Arzunyan was in his 30s and started on a quest to discover the origins of his surname, passed down from his Armenian father who eventually settled in Soviet Ukraine. It amused him to find that the Arzunyans descended from ancient nobility and that his maternal Hungarian grandfather was a head of state security forces under the Hungarian Soviet Republic. The exercise was also liberating.

Born in Odessa, Ukraine, in the lead-up to World War II and raised largely under the cultural influence of Russia, Mr. Arzunyan knew well that learning about your ancestors was fraught. But in his six decades as a writer in Ukraine and New York, risk rarely deterred Mr. Arzunyan from writing about subjects, like Eastern European political ideologies and Joseph Stalin’s rule.

For Mr. Arzunyan, 85, such academic pursuits and the work they entail — like performing an online search or doing research at the New York Public Library — are more important than ever. They have helped provide stability since his wife of 56 years, Valentina, died last winter after her heart stopped.

Mr. Arzunyan lost not only his partner but also the person who deftly managed nearly every aspect of his writing career. Ms. Arzunyan helped research his books, transcribed his dictated notes and gave feedback. It also fell to her to take care of household duties, including preparing their meals and paying the bills. In nearly every way, Mr. Arzunyan’s wife afforded him the opportunity to write. “She was my best friend and the system for everything I wanted to do,” Mr. Arzunyan said.

When they met at a May Day party in Odessa in 1964, Mr. Arzunyan was working as a journalist and teacher. Valentina, 26, was widowed and had a 3-year-old daughter. Three months later, Mr. Arzunyan proposed, and they were married. He raised her daughter as his own.

While Ms. Arzunyan worked as a manager of a telephone station, Mr. Arzunyan taught Russian literature at a technical school. During this time, he also wrote antigovernment poems he dared show only to close friends. In the majority Russian-speaking port city of Odessa, he had friends in academic and literary circles who, he says, saved him on many occasions from suspicious K.G.B. officers.

He found he didn’t have the right politics, even when he tried to publish a book about the art of acting — which was not political in its content — and a publisher told him it would only publish the work if he shared the credit with a co-author, a professor, who did not help write it. Mr. Arzunyan refused.

They settled in Washington Heights and enmeshed themselves in a community of Russians with similar literary interests. In addition to writing for Russian newspapers in New York, Mr. Arzunyan wrote for outlets in Germany, Russia and Ukraine. Ms. Arzunyan juggled jobs as a home health aide and a housekeeper.

Some income also came from the publishing house that they created in 1999 called Life Belt. It published several of Mr. Arzunyan’s 27 books and the works of other Russian-speaking immigrants.

At the time, Mr. Arzunyan was also delivering meals part time for the Meals on Wheels program at the Washington Heights Y.

The couple mostly stopped working in 2010, but Mr. Arzunyan continued to write and self-publish his poetry and nonfiction books, which expanded beyond politics. Ms. Arzunyan’s assistance became even more essential when her husband’s eyesight began to fail. Together they filled their days having dinner with friends and attending educational and recreational events at the Y. “We were like one person,” he said.

After the loss of his wife in December 2020, Mr. Arzunyan was anguished. “I wanted to kill myself,” he said.

He also didn’t know how he would manage his affairs. With help from his caseworker, Mr. Arzunyan was able to hold a funeral with funds from the YM & YWHA of Washington Heights & Inwood, a beneficiary agency of the UJA-Federation of New York. The federation is one of the nine organizations supported by The New York Times Neediest Cases Fund.

Mr. Arzunyan now eats lunch every weekday at the Y. He stays busy visiting friends, researching, writing and preparing to publish his wife’s memoir. “I am creating my new life,” he said. He’s taking it little by little.

One endeavor can unlock greater undertakings, as Mr. Arzunyan found when he began the search into his family’s roots. That led to him making contact over the phone with dozens of other Arzunyans living in the United States many years later. It was tougher to reconcile his Hungarian grandfather’s role in the Soviet state, but his efforts to understand that history brought them closer.

Today, Mr. Arzunyan remains curious about the unexplored facets of his heritage. The quest isn’t over yet.

Donations to The Neediest Cases Fund may be made online or with a check.