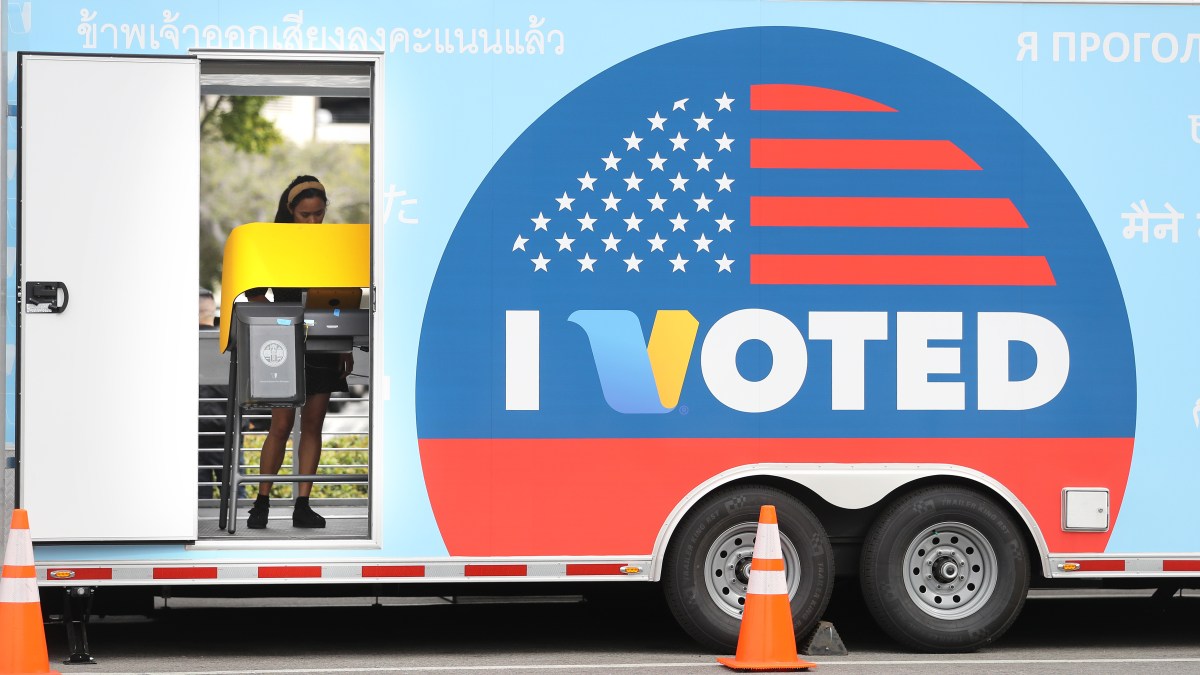 Candidates in a shrinking Democratic field will make stops in Southern California ahead voting on one of the most important days on the election calendar.

Here’s a look at where they’ll be in the hours before polls open in California and 13 other states on Super Tuesday.

Massachusetts Sen. Elizabeth Warren is set to speak Monday at East Lost Angeles College recognizing the Justice for Janitors movement. Jennifer Siebel Newsom, the wife of Gov. Gavin Newsom, and Angelica Salas, the executive director of the Coalition for Humane Immigrant Rights, will provide introductory remarks, according to the Warren campaign. Siebel Newsom announced her endorsement of Warren for the Democratic presidential nomination on Friday, saying “there is no person better equipped to fight for us than Elizabeth.”

The speech is set to begin at 7:30 p.m. with doors opening at 5:30 p.m. Admission is free and will be on a first-come, first-served basis. Tickets are not required.

Former Vice President Joe Biden, emboldened by a strong showing in South Carolina, also plans to be in the Los Angeles area before polls close for Tuesday’s California primary. Biden is set to hold an event in Los Angeles Tuesday, the details of which have not been disclosed.

Earlier Sunday, Hawaii Rep. Tulsi Gabbard used a town hall to encourage supporters of her bid for the nomination to make certain “there is not a single person on your cellphone contact list that you haven’t talked to” and “you’ve sent those messages to everybody you know on Facebook” to boost turnout on her behalf.

The record turnout by voters for a California presidential primary was more than 9 million in 2008, when there were contested primaries for both the Democratic and Republican nominations, according to figures provided by the Secretary of State’s Office. More than 8.5 million votes were cast in the 2016 primary when both parties’ nominations had already been assured.

The record percentage turnout of eligible voters was 72.6% in 1976, when current and former California governors were seeking their party’s nominations, Jerry Brown and Ronald Reagan.