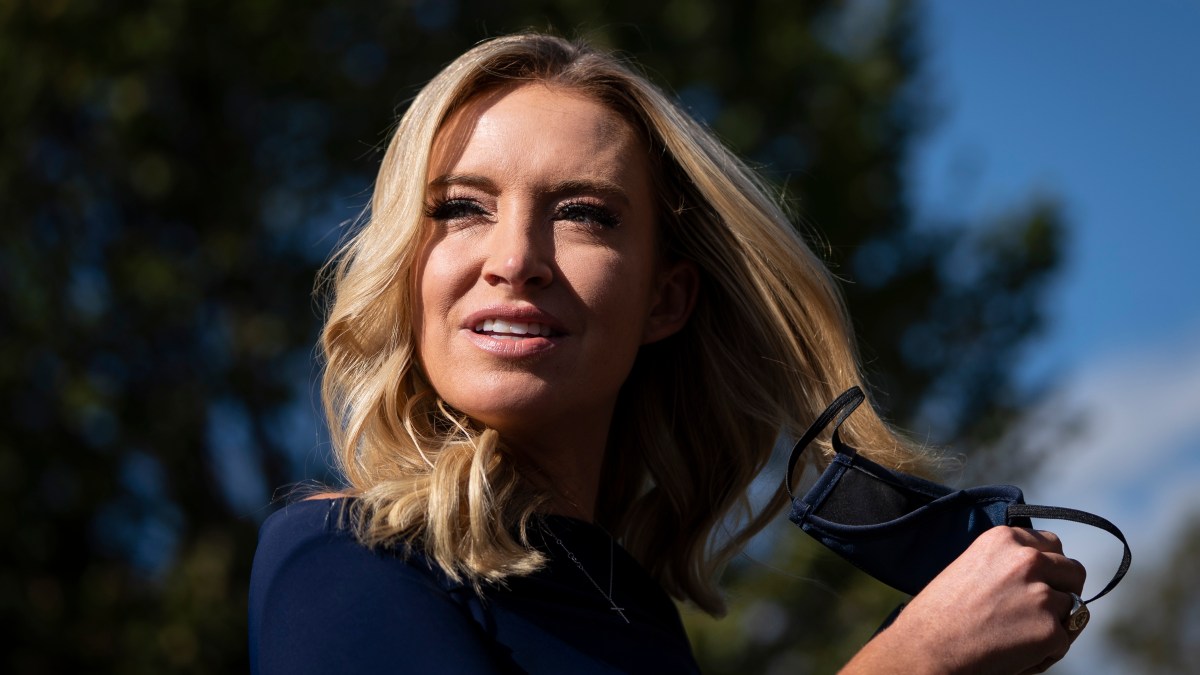 McEnany joins a growing list of people connected to President Donald Trump’s orbit that have contracted the coronavirus, raising concerns about how widespread the West Wing outbreak will become.

McEnany said in a statement that she tested positive after “consistently” testing negative, including every day since Thursday, and is experiencing no symptoms at this time. Her confirmed infection serves as a warning to others who have been in close proximity with the president or other infected individuals, but have yet to test positive.

“A negative is not a Get Out of Jail Free card,” Dr. Alan Wells, medical director of clinical laboratories at the University of Pittsburgh Medical Center, told NBC News.

Diagnostic tests look for traces of the coronavirus in a person’s body at that exact moment and it “takes a number of days for the virus to replicate enough to be detected,” Wells said.

The type of test being given is also a factor. Molecular or PCR tests that are sent to a lab for analysis are more reliable than rapid tests, which produce results in about 15 minutes, but are less sensitive. The White House uses a rapid test called the Abbott ID NOW to test administration officials and staff who come in contact with the president. The test is known to deliver incorrect results, particularly for people without symptoms, and in May, the FDA put out an alert warning doctors that people testing negative with the Abbott ID NOW test may need a second lab-based test.

McEnany gave a briefing to reporters at the White House last Thursday, hours before Trump’s advisor Hope Hicks was revealed to have tested positive for COVID-19. Trump’s diagnosis, and that of his wife, first lady Melania Trump, was announced shortly thereafter.

Former governor of New Jersey and close Trump ally Chris Christie announced on Saturday that he has tested positive for the coronavirus.

She also spoke briefly with reporters Sunday evening, but said in her statement that no members of the White House press corps spent enough time around her to be considered close contacts.

White House Correspondents’ Association President Zeke Miller said in a statement the organization is “not aware of additional cases among White House journalists, though we know some are awaiting test results.”

“We strongly encourage our members to continue following CDC guidance on mask-wearing and distancing — especially when at the White House — and urge journalists to seek testing if they were potentially exposed,” Miller said, adding that he wishes McEnany a “swift recovery.”

McEnany said that she is beginning the quarantine process and “will continue working on behalf of the American People remotely.” The Centers for Disease Control and Prevention advises anyone who may have been exposed to quarantine for 14 days, which is believed to be the extent of the incubation period.