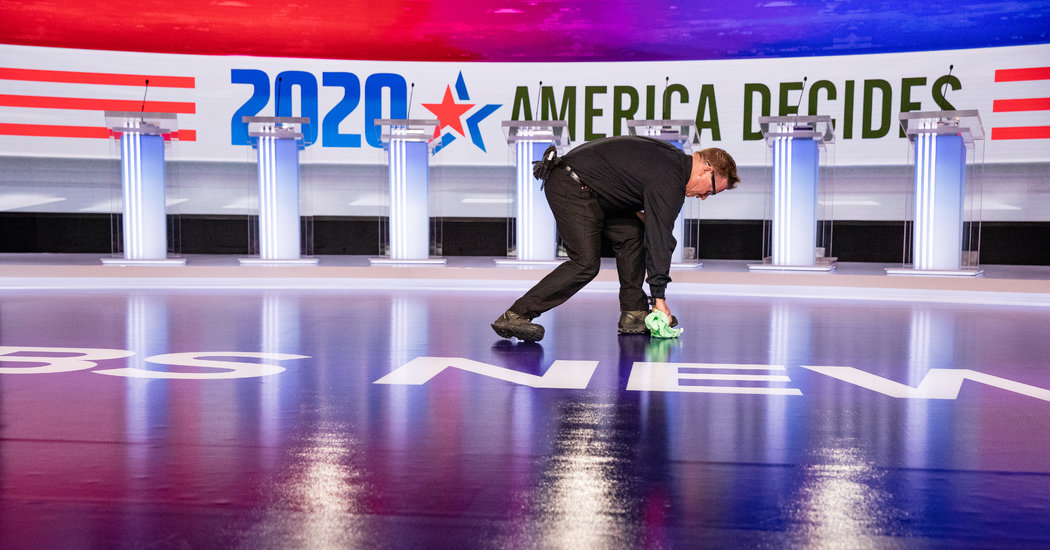 The Democratic Party has created a dramatically front-loaded primary schedule this year, with the intention of wrapping up the nomination quickly. Party leaders had hoped that a shortened campaign would produce a nominee with plenty of time and resources to mount a strong challenge against Donald Trump. Those Democrats tired of long campaigns were pleased.

Yet if the nomination is effectively wrapped up in the coming week — not a certainty, but a real possibility — the party may well come to regret its decision. There are benefits to long campaigns, and a foreshortened contest won’t necessarily serve the public interest — or the party itself. Fiddling with the rules and the timetable can have a way of backfiring.

This year’s calendar has been markedly sped up, largely because California, the most populous state in the union and therefore the one with the most delegates to the Democratic convention, moved up its contest to have more influence on the decision. (The state had sometimes voted so late in the process that it was virtually irrelevant to the outcome.)

Also there are far fewer caucuses this year, a move meant to aid an establishment candidate. In 2016, after Hillary Clinton piled up a series of primary wins and appeared to be tying up the nomination, Senator Bernie Sanders went on a streak of winning caucuses, draining Ms. Clinton’s time and energy and prolonging divisions within the party.

Democratic Party leaders approved of these changes for 2020 because they were fearful that a long contest would help Mr. Trump win a second term. They wanted to sew up the nomination early — but not as early as may well occur. And it seems likely they did not anticipate that Mr. Sanders — who calls himself a democratic socialist, has never formally joined the Democratic Party and doesn’t represent its mainstream — might quickly seize the position of prohibitive front-runner.

The resulting compression of the nomination season could have a profound impact on the state of the race for the Democratic nomination. Saturday will be the important South Carolina primary. Just three days later, March 3, will be Super Tuesday, when 14 states plus one territory (American Samoa) will decide a third of all pledged delegates that are allocated. (If the leading candidate hasn’t scored a majority, or 1991 votes, party insiders known as superdelegates would also vote on a second ballot at the convention.)

Those changes, combined with the party’s decision to move the Iowa caucuses, traditionally the first contest of the year, to Feb. 3 from its usual early January date, means the Democrats could effectively determine their nominee within a month’s time. Of course, it’s possible that no one will have a majority of the votes when the Democrats assemble in Milwaukee in July. Mr. Sanders has said — in response to a debate question — that he would consider having a plurality of delegates sufficient to win the nomination. But since none of the other candidates have agreed, there could be quite a mess in Milwaukee, and concerns about a too quick nomination will seem quaint.

Concerns about Mr. Sanders — who, numerous party officials fear, could jeopardize Democrats further down the ticket — has party members and former officials madly hatching schemes to stop him. But if Mr. Sanders maintains a strong lead going into the convention, any attempt to head him off is likely to produce bedlam in Milwaukee.

But in my view, it’s not just about Mr. Sanders: March 3 is too soon to select any candidate.

Longer elections are in order — necessary, in fact — because of the fatefulness of the choice voters make. The president makes decisions that affect our lives, our physical safety and that of the planet, and the durability of our democracy. It follows that we should know all that we can about that person’s intelligence, temperament, knowledge, curiosity, stability, judgment, curiosity and diplomatic skill.

Four years is a long time to have one person so much in our lives. (And since incumbent presidents tend to have a re-election advantage, there’s all the more reason to learn all we can — kick the tires and see how well they wear — before letting ourselves in for a possible eight years of them.) While millions of people manage to shut politics essentially out of their lives, a president can be harder to avoid than ever, especially if we elect someone whose idea of successful governance is to get in our face as much as possible.

Another reason for an extended campaign is the need to try to understand who a candidate is. More exposure might clarify this for us. It would also enable deeper vetting of a candidate before that person is left to the tender mercies of Mr. Trump and his many allies and operatives.

A long campaign can also produce a better candidate. (It has to be conceded that it can also produce a pretty damaged one, but given the powers of the presidency, the trade-off seems well worth it.) The longer campaign gives the presidential contestant more time to hone issues and arguments, to figure out what he or she wants to emphasize, and gain exposure to more of the country.

The presidency is an extremely demanding, almost brutal job (if the president takes governing seriously). We’ve seen many a president’s hair turn white over the course of a single term. Don’t we want a real test of their endurance? How hard will a noticeably coddled candidate work upon reaching the White House? How will their health hold up?

The powers that be in the Democratic National Committee thought that they were being smart in rearranging the primaries and caucuses so that the party wouldn’t be in for a long bloodletting. But it might well have given an advantage to the candidate who had the strongest base going into the primaries, but who, as of now, might represent only a third of the party, and possibly less.

It’s tempting to mess with the political calendar to reach a desired result. But in speeding up the nomination process this year, Democratic officials may have not only gotten their party in a pickle, they may have also short-circuited democracy.

Elizabeth Drew, a political journalist who for many years covered Washington for The New Yorker, is the author of “Washington Journal: Reporting Watergate and Richard Nixon’s Downfall.”