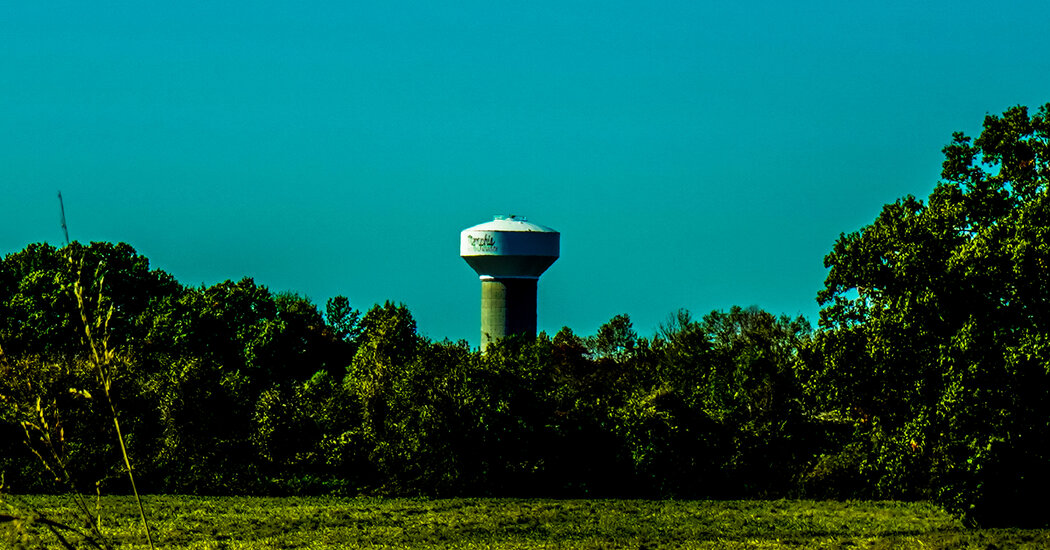 NASHVILLE — Marsha Blackburn, the Republican senior senator from Tennessee, is not about building a green future. In 2008, as a House member, she voted against tax incentives for renewable energy. During her 2018 Senate campaign and before, she expressed doubt about human responsibility for climate change. This year, when the United States rejoined the Paris agreement to cut greenhouse gas emissions, Ms. Blackburn complained that the move would “kill another 400,000 jobs and lead our country away from energy independence.” In August she voted against the Senate’s bipartisan infrastructure bill, calling it “the gateway to socialism” and “the down payment on the Green New Deal.”

But in September, Ms. Blackburn was singing a different song, coming out in full support of a major green development in West Tennessee: Ford Motor Co.’s new Blue Oval City is an enormous $5.6 billion complex that will manufacture electric pickup trucks and, in partnership with SK Innovation of South Korea, batteries for electric vehicles. “Altogether, the $5.6 billion in investment will directly create 5,800 jobs in addition to countless opportunities in supporting industries,” Ms. Blackburn said in a statement. “Through this historic project, our state will gain access to trainings and work force development for years to come.”

On the subject of electric vehicles, Mitch McConnell, the Republican senator from Kentucky, has also experienced a come-to-Jesus transformation of late. In July he decried Senate Democrats’ efforts “to wage war on fossil fuels,” but in September, when Ford announced it would be building its new BlueOval SK battery-manufacturing twin site in Kentucky, he too released a statement: “I applaud Ford for their decision to bring their new battery plants to Hardin County, which will provide a much-needed economic boost to the region and create thousands of well-paying Kentucky jobs.”

Together, the new sites in Tennessee and Kentucky represent a historic investment by Ford — “the single largest manufacturing investment the 118-year-old company has ever made,” according to The Associated Press. It also signals the company’s view that electric vehicles are the future of American transportation, which accounts for almost 30 percent of the country’s greenhouse gas emissions.

“I think the industry is on a fast road to electrification,” Ford’s executive chairman, William C. Ford Jr., said in an interview with The Times. “And those who aren’t are going to be left behind.”

Even Andy Beshear, a Democrat and the governor of Kentucky, where 73 percent of the state’s electricity comes from coal, chooses his words carefully when discussing the future of energy in his state: “There’s always going to be a part of our energy portfolio, at least in the coming decades, that will be based in part on fossil fuels,” he said last month. “We need to find ways that we can burn them more cleanly.”

Nevertheless, elected officials in these red states are bending over backward to court a manufacturing company that’s staking its future on electric vehicles. Last month, Mr. Lee called a special session of the Tennessee General Assembly to approve a $900 million incentive package for site development, construction, and work force training, among other expenses. It was the largest such outlay in state history. Despite the costs, legislators were giddy about the deal with Ford. “It represents a metamorphic moment,” Page Walley, a Republican state senator from Bolivar, said. “This is our crossing the Jordan.”

Why would red-state politicians spend so much money to help fund the “most environmentally friendly project in the country,” as Mr. Walley put it?

Full-time, well-paying jobs. And not just the 11,000 permanent jobs at the two new manufacturing sites, but also thousands upon thousands of construction and infrastructure jobs to build and maintain the huge campuses. Bob Rolfe, commissioner of the Tennessee Department of Economic and Community Development, estimates that the West Tennessee site alone will create about 33,000 construction jobs, along with some 27,000 corollary jobs once the complex is fully operational.

Opinion Conversation
The climate, and the world, are changing. What challenges will the future bring, and how should we respond to them?

It’s nice that the plants are an investment in a green future, in other words, but that’s not the reason leaders in Tennessee and Kentucky are doing cartwheels. In investing $11.4 billion in electric vehicles and bringing those jobs to Tennessee and Kentucky, the Ford Motor Co. has inadvertently invented a perfect laboratory experiment in how to turn the red states green.

When money is on the line, politicians have always been willing to jettison positions they have stated loudly, for the record, over the course of years. Ms. Blackburn was also thrilled in 2019 when Volkswagen announced it was making the Chattanooga plant its North American base for manufacturing electric vehicles, adding 1,000 jobs. She was thrilled again when the battery company Microvast announced earlier this year that it was setting up shop in Clarksville, bringing almost 300 jobs to Tennessee, and when General Motors announced it would build a battery plant in Spring Hill, bringing another 1,300 jobs. The G.M. announcement came on the heels of yet another announcement that it would be building its new electric S.U.V. in Spring Hill.

These electric car and battery plants are just the most visible manifestations of the green future that is coming, even in the reddest of red states. It doesn’t matter in the least whether Republicans like it. As with the Ford Motor Co., they can participate in and profit from it, or they can get left behind. And they are finally showing signs that they don’t wish to be left behind.

All deathbed conversions smack of hypocrisy, and this level of overt hypocrisy is almost unbelievable. Green technology is economically viable today only because Democrats seeded this field years ago. Obama-era funding for clean energy research and electric vehicles, for example, is a key reason for growth in those sectors during even the environmentally hostile Trump years. Red-state politicians have worked unceasingly to subvert policies that created the very economic harvest they are now reaping themselves. It is truly nothing less than enraging.

But rage, no matter how justified, should not obscure the real point here. The point is for human behavior to change in time to save this gorgeous, teeming, irreplaceable, suffering planet. Deathbed conversions happen because time has run out, and our time has run out.

If even dug-in science deniers such as Marsha Blackburn and Mitch McConnell can come around on climate issues when they are convinced that doing so would benefit their constituents in visible and measurable ways, then it’s conceivable that an environmentally sound future is possible even in regions now tightly tethered to fossil fuels. It’s even conceivable that renewable energy could cease to be a political issue and become simply a common-sense strategy for a country that doesn’t want to run the planet into the ground.

It’s really only a matter of understanding that human beings — not just endangered species and imperiled ecosystems but also our red-state brothers and sisters — stand to benefit from a green future, too. And nature is already making that point very clearly.

Margaret Renkl, a contributing Opinion writer, is the author of the books “Graceland, at Last: Notes on Hope and Heartache From the American South” and “Late Migrations: A Natural History of Love and Loss.”