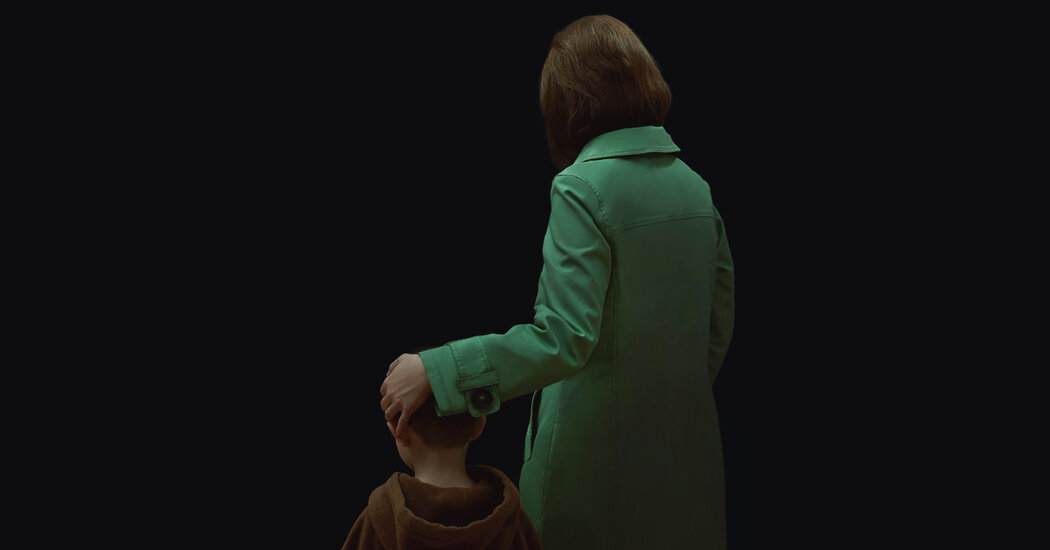 Some liberals are wrongly concerned that the child benefit in the Biden rescue plan could help poor mothers stay home.

It seems politicians do sometimes keep their promises. President Biden campaigned on a pledge of newfound political consensus, and he has delivered on one point, at least, even if it is not one he might have expected: Commenters on the right and left are concerned that the child tax credit in the American Rescue Plan Act — up to $3,600 for children 5 and under, and up to $3,000 for kids 6 to 17 — will discourage women from working outside the home.

Spirited debate over women working outside the home might feel like an artifact of the 1970s, when feminists struggled for American women’s right to participate in the labor market and conservatives claimed that would destroy the American family. (Never mind that poor women, especially single poor women, have always worked outside the home.) In that era, women’s rights activists fought to overcome both cultural and legal barriers to work. They won that battle decisively. In 1978, for instance, Congress barred companies with 15 or more employees from firing women who became pregnant. By the 1990s, most women had joined the labor force, and as of 2019, roughly 70 percent of married mothers worked outside the home.

And so I was reasonably convinced — naïvely, it now seems — that the question of whether women ought to work outside the home had been either rendered irrelevant by history or settled along the lines of “work if you want to, don’t if you don’t.”

But arguments over principle often find new life when government spending is involved, and so it is with women in the work force and the child benefit coming to families this year.

Unlike alternative proposals for family support that excluded the poorest children in order to incentivize their parents to find more gainful employment, the child tax credit included in the Biden plan extends to all families with annual incomes below $112,500 (for single parents) or $150,000 (for married parents). In that respect, it’s similar to a proposal offered this year by Senator Mitt Romney that would eliminate certain welfare programs for poor families in favor of a near-universal monthly payment. Because this style of aid helps children whose parents have few, if any, earnings and can’t claim a tax credit, it has been compared with a child allowance, as similar benefits are termed worldwide.

In response, Senators Marco Rubio and Mike Lee, both Republican erstwhile champions of expanded child tax credits, tut-tutted, “Congress should expand the Child Tax Credit without undercutting the responsibility of parents to work to provide for their families.”

They were joined in their concern by right-leaning policy analysts like Angela Rachidi of the American Enterprise Institute, who worried that a child allowance would make poor families worse off by providing incentives to stop working.

If readers of a certain age are experiencing a touch of déjà vu, it’s because all of these objections have been raised before — most recently during explosive debates over cuts to welfare in the 1990s. The specter of “welfare queens” were long part of those discussions to justify the destruction of programs that provided cash assistance to mothers and children — a policy decision that proponents argued would help lift women into dignified, honest work.

Noticing that the very same enemies of “welfare queens” didn’t seem to mind when well-to-do, married women didn’t work, Lawrence Mead, an advocate for changing welfare, chalked the distinction up to choice and worth: Staying home with your kids is fine if you can afford it, but it’s not valuable enough to warrant societal support.

It will be no surprise to Mr. Mead that I dispute his reasoning, as he was gracious enough to debate the subject with me at Johns Hopkins University some years ago. It is perhaps more surprising that some liberals who support the credits still share his skepticism about potentially subsidizing women’s work in the home.

Liberal women have often warned that child benefits would enforce gender inequality. When Senator Elizabeth Warren announced her subsidized child care plan in 2019, Kathleen Geier wrote in the leftist magazine In These Times that by providing parents with the means to stay home to care for their children, “such schemes tend to incentivize traditional gender roles instead of abolishing them.” Ms. Geier suggested instead a universal basic income, reasoning that “because it’s not tied to care work there’s less of a risk that it would reinscribe gender inequality.”

The same fears are raised about Mr. Biden’s policy. In a recent installment of Politico’s Women Rule newsletter, the editor Katelyn Fossett considered the “tricky gender politics of child allowances.”

Many progressive women welcome the idea of child allowances, Ms. Fossett wrote, “given that society has been devaluing work traditionally done by women for centuries.” And yet, she went on, “some are wondering if the pendulum is swinging too far, at the expense of valuing work done by women outside the home.”

Ms. Fossett cited the feminist intellectual Linda Hirshman, who told her that rather than a child allowance, what women need is “forgiveness of your student loans, a higher minimum wage and mandatory child and parental leave and proper health care.” Such policies, Ms. Hirshman contends, would lend a hand to women while still helping them “to stay in the public world.”

Standing behind the counter at Arby’s is no doubt a thrilling adventure in public affairs, but I still find it hard to begrudge mothers who would prefer to stay at home — especially considering the astronomical costs of child care. (And would a professional nanny or babysitter be part of Ms. Hirshman’s public world?)

It’s also unclear to me why these work-nonwork calculations are imagined to be zero-sum.

In comparably developed countries worldwide, it isn’t uncommon for women with young children to reduce their work hours, take on part-time jobs or step out of the labor force for a short period and return when their children are in school, thanks to their countries’ generous welfare programs. In Sweden, for instance, nearly half of mothers of toddlers worked part time as of 2015 — which makes a great deal of sense to me as a full-time writer and mother of two pre-school-age children.

And isn’t that the final stage of liberation — not only having a range of choices when it comes to work inside and outside the home, but also having the actual, material capability to choose the options that fit best for you?

We can argue about the fairness of women’s child care burden in two-parent families, but social engineering is unlikely to change that or diminish America’s disgraceful child poverty rate. And many, many more children live with only their mothers than only their fathers. Yet policies that could help millions of single women care for their families are treated with skepticism out of concern they may be too helpful, lighten the yoke too much.

Yet the burden — sought and cherished, wholly necessary, sometimes desperately desired — is heavy. Children need, and their need is so pure: They brook no delay, they tolerate no compromise. Answering those needs requires all sorts of skills and efforts. It’s likely true that policies tailored to make it harder for mothers to meet their children’s needs could persuade women to contort themselves into the workplace — social engineering by way of child privation, not unlike the Trump administration’s bet that parents would stop trying to cross the border if they lost their children in the process. Policy in that style isn’t emancipatory for women or any other person; it is profoundly inhumane.

All this is somewhat beside the point. The benefit is for children, and children live in family units, so of course the benefit is distributed to adult caregivers — but its effect should be judged on whether it lifts children out of poverty. And the evidence on that front is encouraging. A paper released by the National Bureau of Economic Research this month found that similar child benefit programs in Canada not only reduced child poverty; they had little measurable effect on women’s labor force participation.

Who’s to say we can’t have it all?