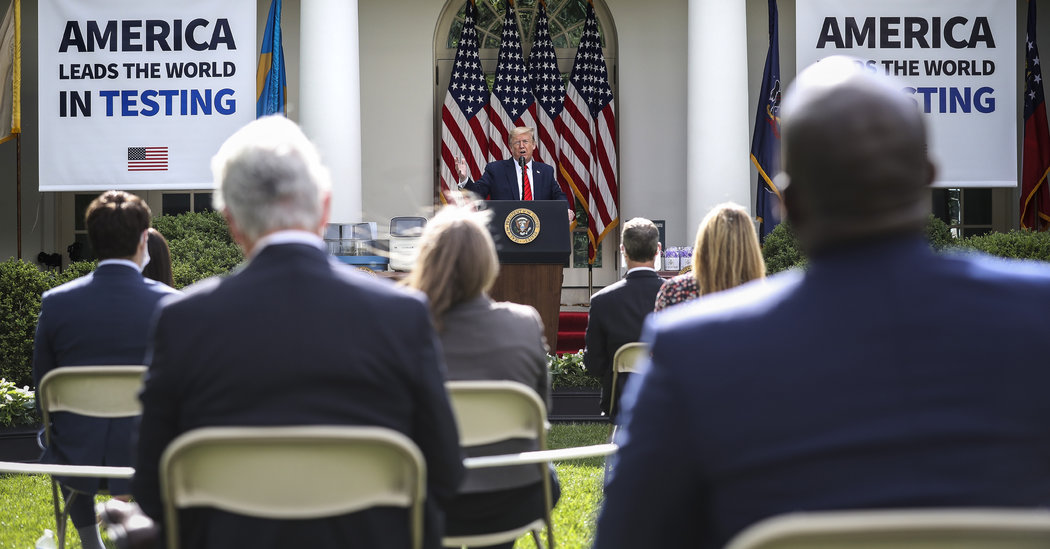 The lies and obfuscations pile up. No, it wasn’t tear gas used to clear Lafayette Park for President Trump’s Bible-waving photo-op last Monday night, Attorney General William Barr said on CBS’s “Face the Nation” on Sunday. Rather it was “pepper balls,” he said. “Pepper spray is not a chemical irritant. It’s not chemical.” Wrong, according to The Washington Post; pepper balls are very much a chemical irritant. The paper awarded the nation’s top law enforcement officer four Pinocchios for his claim.

The president himself keeps at it, too. On the morning of June 4, he tweeted: “[Robert] Mueller should have never been appointed, although he did prove that I must be the most honest man in America!”

As of May 29, the most honest man in America had uttered 19,127 false or misleading claims in his 1,226 days in office, according to Glenn Kessler of The Post, who has been tracking them since Day 1. That’s 15.6 falsehoods a day, or roughly one per waking hour, every hour, every day. That puts him on track to hit 20,000 lies by Wednesday, July 29; by Nov. 3, at this pace, he’ll be north of 22,000 — but of course that period will constitute the heat of the campaign, when the frequency seems likely to increase.

All right, some still say; Yes, Mr. Trump is worse than normal, but they all lie. What’s the big deal, really?

Here’s the big deal. Mr. Trump’s lies are different. Not just in quantity, but also in quality. He lies for a different purpose than every other president — yes, even, I would argue, Richard Nixon, the biggest presidential prevaricator until Mr. Trump came along.

What is that difference? In a nutshell, it is this: Our democracy has, to use a word that former Vice President Joe Biden employed in his powerful June 2 speech in Philadelphia, certain guardrails that, as Mr. Biden put it, “have helped make possible this nation’s path to a more perfect union, a union that constantly requires reform and rededication.” Every president before Mr. Trump has been mindful of those guardrails. When they lied, they lied out of respect for those guardrails. Mr. Trump lies to crush those guardrails into scrap metal.

Let’s take the George W. Bush administration and the run-up to the Iraq war. I know that we still debate whether administration figures lied or were the victims of faulty intelligence. To me, the evidence is overwhelming that they knowingly lied about the immediacy of the threat posed by Saddam Hussein. Indeed, part of the reason the intel was faulty was they created a special intelligence unit within the Pentagon to tell them what they wanted to hear.

So let’s say they lied. The lies were bad; I’m not saying they weren’t. And they had calamitous consequences. But they were crafted in a way that heeded the existence of the guardrails. The very example I cited above — the creation of what they called the Office of Special Plans — is proof of this. They knew they couldn’t just go before the American public and say any old thing, grounded in nothing. They knew they had to make the case for war within a certain process that existed, that honored precedent and that seemed evidence-based and “democratic.”

The Bush team on Iraq, Lyndon Johnson on the Gulf of Tonkin incident, even Mr. Nixon on Watergate — in all those cases, lies were told. But Presidents Bush, Johnson and Nixon also knew and implicitly accepted that lying to the American people had limits, limits that were enforced by the truth-finding institutions and principles that are essential to a democracy — the free press, free speech, constitutional checks and balances, legitimate independent investigations. On this last point, the contrast between Mr. Nixon, who agreed to send administration officials to testify before the Senate Watergate committee, and Mr. Trump, who is fighting any such cooperation all the way up to the Supreme Court, is stark.

Not so the incumbent. It often befuddles observers that Mr. Trump has no urge to hide his lies. Of course he doesn’t. Because he doesn’t care if he’s caught, because he has no regard for the democratic limits named above. His only real purposes are holding on to power by any means necessary and relentlessly reinventing himself to keep his reality show on the air for as long as possible.

So, far from respecting the institutions enough to sneak around them or appear to conform with their rules, he is perfectly happy to destroy those institutions that might expose him (the press, Congress, the courts, the inspectors general). He has nothing but contempt for the institutions that check him, so he has no urge to hide anything. And of course — maybe the most frightening part of all — he has not a moment’s concern for what endures after he’s gone.

So this is what makes his lies worse. They threaten the foundations of the republic in a way that even Mr. Nixon’s did not. And they will only get worse. If we’ve learned one thing about the president, it’s certainly this: It will always get worse. It’s mortifying enough to imagine the damage he can do in the next five months, let alone the following four years if he’s re-elected.

Michael Tomasky (@mtomasky) is a columnist for The Daily Beast, editor of Democracy: A Journal of Ideas and a contributing Opinion writer. His latest book is “If We Can Keep It: How the Republic Collapsed and How It Might Be Saved.”