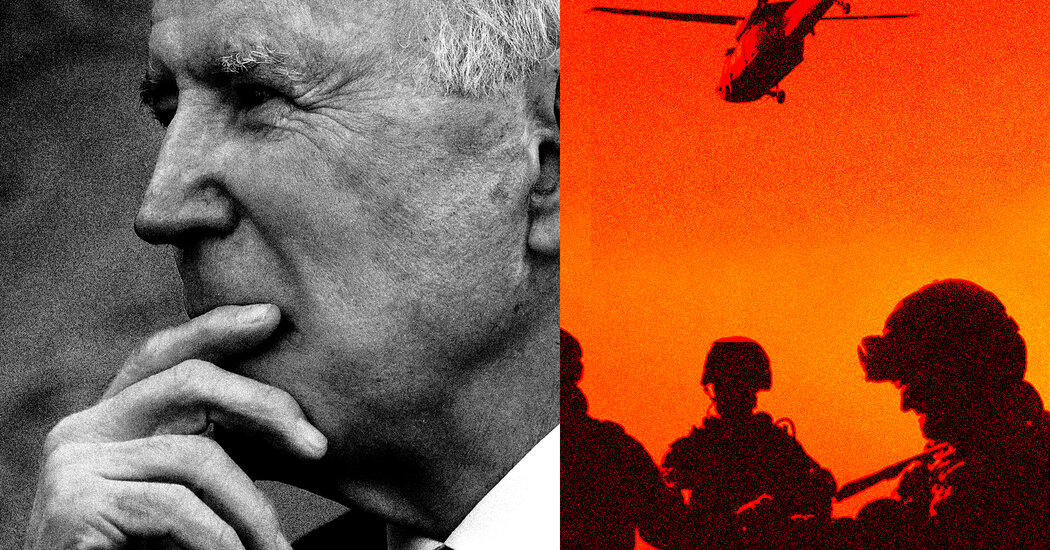 The foreign policy establishment just can’t admit when it got things wrong.

As his two predecessors did, President Biden has pledged to end the war in Afghanistan. But also as his two predecessors did, he could end up tragically perpetuating it. Outnumbered by a national security establishment fixated on continuing this misadventure, the Biden team will need courage and clarity if it is to finally disentangle America from what has become a futile struggle.

It is fortunate to have an opportunity to do so. Last year, after a decade of negotiation, the United States and the Taliban reached an agreement calling for a complete withdrawal of American troops by May 1. The administration is now attempting to broker peace talks between the Afghan government and the Taliban. That effort should not come at the expense of this commitment. But the administration is reportedly considering a six-month extension of the deployment of American troops. If the United States gets the Taliban to agree to such an extension, those troops become mere leverage in a complicated diplomatic drama. If it doesn’t and delays withdrawal anyway, the agreement that has prevented any U.S. combat casualties for the past year dissolves. Regardless, it will be “tough” to get American troops home by the deadline, as Mr. Biden told ABC News this week.

As vice president, Mr. Biden opposed the surge of troops in Afghanistan in 2010. Last year, he wisely recognized “it is past time to end the forever wars.” His secretary of state, Antony Blinken, asserted two years ago that it was “time to cut the cord” in Afghanistan. This month, Mr. Blinken insisted military action would be taken “only when the objectives and mission are clear and achievable” and “with the informed consent of the American people.” According to polling my colleagues and I have conducted, the American people support the details of the U.S.-Taliban agreement by six to one.

Why, then, is leaving Afghanistan so “tough”?

True, the country presents dilemmas: Despite decades of American intervention and investment, it remains weak and poorly governed. Like other weak and poorly governed states, it could attract violent extremists. This is a real concern but not an impossible one to overcome: Mr. Biden will need to maintain diplomatic ties and intelligence capabilities to thwart groups like Al Qaeda and the Islamic State.

There are also real concerns that removing U.S. troops will force the Afghan government and the Taliban to face the prospect of an escalating civil war. But Afghanistan has been stuck in a civil war for decades, well before the arrival of U.S. troops 20 years ago; it’s more than a little egocentric for American policymakers to think they alone can hold the country together.

The bigger barrier confronting the Biden administration may be closer to home. Despite promises to make foreign policy serve the interests of everyday Americans, many of Washington’s decisions are circumscribed by a professional culture among policymakers that normalizes war and idealizes military might. It’s not as if Mr. Biden is being pressured to stay in Afghanistan with a cogent argument; most analysts freely admit that the United States has no plausible path to victory, that the military isn’t trained to midwife democracy and that the Afghan government is grievously corrupt.

Rather, the national security community cannot bear to display its failure. That’s why many who advocate continuing the war are left grasping for illogical or far-fetched justifications. In a meeting of National Security Council principals, the chairman of the Joint Chiefs of Staff, Gen. Mark Milley, reportedly made an emotional plea to stay in Afghanistan, after “all the blood and treasure spent” there.

A recent report from the congressionally commissioned Afghanistan Study Group, which advised against withdrawing U.S. troops, shows just how ossified the foreign policy establishment has become. The group’s members argue that the military’s mission should include lofty goals like creating stability, promoting democracy and “shaping conditions that enhance the prospects of a successful peace process.” Their recommendations reflect the unimaginative assumptions and stale rationales that have kept the United States stuck in Afghanistan for so long. And their otherwise impressive bona fides appear to be compromised by an array of financial connections to major defense contractors.

Like General Milley, the report fell for the “sunk costs” fallacy, insisting American troops must stay in the country, in part, to “honor the sacrifices that have been made.” (Listening to the majority of veterans who favor withdrawing troops might actually achieve that goal.) The report couldn’t conjure a vital national interest in remaining and instead came up with only vague claims like: “A stable Afghanistan would create the potential for regional economic cooperation that could benefit all countries in the region, linking energy-rich Central Asia with energy-deprived South Asia.”

Mr. Biden came to office envisioning a “foreign policy for the middle class.” When he tapped Jake Sullivan to be his national security adviser, he insisted Mr. Sullivan judge all of his decisions on “a basic question: Will this make life better, easier, safer for families across this country?”

Staying the course in Afghanistan accomplishes none of this — and Mr. Sullivan seems to know it. He admits as much in a report he co-authored last year, plainly stating the war has “proven costly to middle-class economic interests.” But it’s not easy to construct a foreign policy that prioritizes the interests of ordinary Americans once you’re back among the Beltway herd. If the Biden administration wants to match its policies to its precepts, it will have to buck Washington’s culture of inertia.

This isn’t just about Afghanistan. The people who make foreign policy tend to be walled off from public opinion and all too eager to conform to a bipartisan consensus that favors intervention over restraint. Washington isn’t solely to blame. American voters don’t often prioritize foreign policy during election season and so don’t exert the political influence they might. Fortunately, in recent years, there have been more efforts to constrain American military power, and a new generation wary of war has begun to make its voice heard. All this hasn’t been enough to bring about the end of America’s war in Afghanistan — yet.

Achieving peace and stability in Afghanistan has always been a Sisyphean task, and America’s foreign policy leadership has little motivation to confront the political cost of withdrawal. Even though most Americans favor ending the war, after 20 years, they have become inured to it. Mr. Biden most likely knows a May 1 withdrawal from Afghanistan is not premature but long overdue. Seeking to avoid the political distraction of a troop withdrawal’s potentially messy aftermath, he risks keeping the United States bogged down in a war it cannot win.

President Biden, who wants America to reclaim a humble and sober outlook, is uniquely qualified to get Washington to quit its compulsive continuation of this conflict beyond this spring. Let’s hope he musters the wisdom and the will to do so.

Mark Hannah (@ProfessorHannah) is a senior fellow at the Eurasia Group Foundation and host of its podcast “None of the Above.”