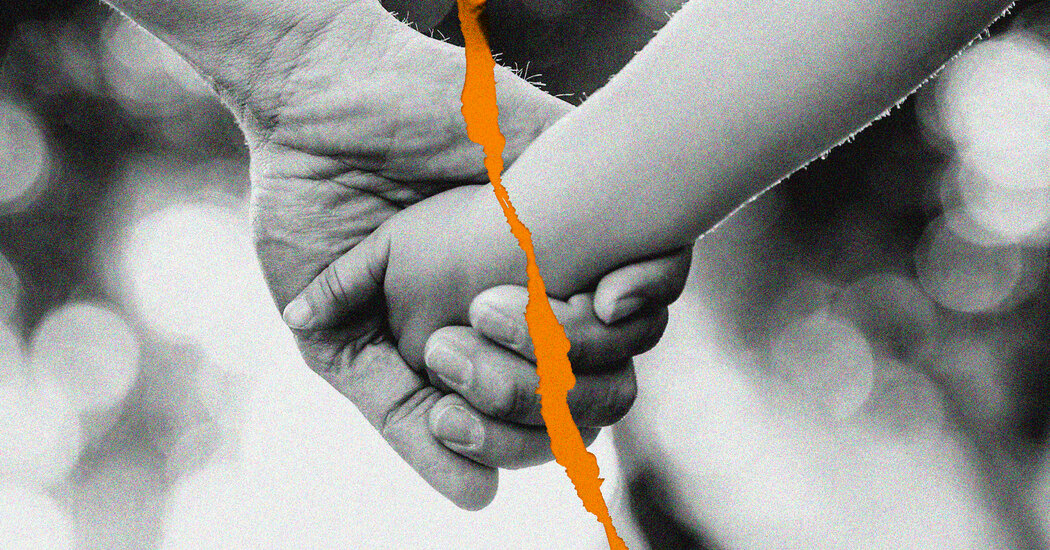 If you’re active on social media there’s a decent chance you came across this chart this month from a Times article about how much less the U.S. government spends on young children’s care than other rich countries.

The infrastructure and family plan that President Biden proposed and that’s now being negotiated in Congress is an attempt to shrink the gap through four key policies: a federal paid family and medical leave program, an extension of the child tax credit (in the form of a monthly payment) that debuted this year, subsidized day care, and universal pre-K.

Two weeks ago, however, the unofficial kingmaker of the Senate, Joe Manchin of West Virginia, said Democrats would have to choose only one of the first three proposals. “I don’t believe that we should turn our society into an entitlement society,” he said.

Why does the United States have such an exceptional approach to family and child care benefits, and what are the arguments against expanding them now? Here’s what people are saying.

Why family policies never took off in the United States

As Mona Siegel, a historian at California State University, Sacramento, explained in The Times in 2019, the origins of paid parental leave programs date back to 1919, when the first International Congress of Working Women — a group of female trade unionists, feminists and allies from around the world — convened in Washington and called for 12 weeks of paid maternity leave as a medical necessity and a social right.

European and Latin American countries began enacting these policies over the next two decades, but the end of World War II accelerated the process, particularly in Europe, whose economies had been ravaged by mass death and destruction.

“Part of it had to do with fears of demographic decline — just the sheer population loss during World War II and what felt like the need to recover from those years and to ensure that there was a strong work force going forward,” Siegel told the BBC.

Having experienced fascism up close, European countries also looked to the welfare state as a means of safeguarding democracy against authoritarianism. In the United States, by contrast, opposition to the Soviet Union — and to any political program that might be maligned as socialist or communist — made building support for social insurance more difficult.

Where things stand today: Out of 185 countries with available data, the United States and Papua New Guinea are the only ones whose citizens are entitled to no paid parental leave. In Europe, on the other hand, parents have paid leaves of 14 months, on average, and children commonly start public school at age 3. Before that point, governments pay a significant portion of the cost of child care. A child allowance similar to the new child tax credit is also common among America’s peer nations.

The United States has made some changes to its family policies in the past century, as New York magazine’s Eric Levitz points out. In 1993, Bill Clinton signed the Family and Medical Leave Act, which requires most employers to provide workers with 12 weeks of job-protected, but unpaid, leave to care for a new child or gravely ill family member. About 40 percent of U.S. workers don’t qualify, however, and only 23 percent of private-sector workers have paid family leave through their employers.

Half of Americans live in places where there is no licensed child care provider or where there are three times as many children as slots. One in three children also doesn’t attend preschool; those who don’t are more likely to be Hispanic or from low-income families.

As The Times columnist Jamelle Bouie explains, the “entitlement” critique that Manchin voiced this month is a running theme in the history of America’s opposition to a larger social safety net. At its root is a centuries-old tendency to sort the population into productive makers and unproductive takers, a binary that formed the basis of “producerism”: the idea that people who made and grew things were most valuable to society.

“Entitlement” logic may be one reason the child tax credit is less popular than its proponents had hoped. When the Biden administration made all but the most well-off families eligible for monthly checks of up to $300 per child this summer, Democrats predicted that the program would be a big hit. But in a recent poll of registered voters, only 36 percent said it should be made permanent.

“The biggest divide may be on the importance of work,” writes Patrick T. Brown, a fellow at the Ethics and Public Policy Center who helped convene focus groups of working parents to discuss the issue. “The parents we talked to felt a tension between the obvious benefits a monthly benefit could bring but still wanting some kind of work requirement. Work made a family deserving of government support; without it, family benefits were seen as welfare.”

Matt Bruening of the People’s Policy Project had a very different interpretation of the poll Brown cites, which also found that 53 percent of respondents supported making the child tax credit permanently available to households with no workers. You can read Bruenig’s analysis here.

Americans also have personal and social objections to universal day care. For some parents, their opposition is a matter of wanting to retain choice: In Brown’s focus groups, even the self-described more progressive parents tended to favor vouchers or tax credits to government-run child care programs.

But many Americans also have conflicted feelings about whether the government should be making it easier for parents — and mothers, specifically — to work outside the home. Most Americans say it’s not ideal for a child to be raised by two working parents, and in most opposite-sex couples in which one parent stays home, it’s the mother who does so.

In 1971, Congress passed a bill that would have laid the groundwork for a national child care program — but President Richard Nixon vetoed it, arguing that it placed the government’s authority on “the side of communal approaches to child-rearing” and “against the family-centered approach.”

Today, many social conservatives still oppose state-subsidized child care as a form of social engineering. “Democrats don’t want to put the option to stay home on equal footing with day care,” The Washington Examiner wrote in an editorial in May. “They know that, overwhelmingly, it would be mothers who choose to care for children full time, and these are the very complementary gender roles that they want to eradicate.”

It’s a similar story with opposition to universal pre-K. Newresearch has shown that public pre-K programs have the potential to improve children’s development and long-term well-being, if not their standardized test scores.

But some argue that these benefits can be achieved through other methods — more time at home with a parent, for example — and that it’s not the government’s role to favor one at the exclusion of others. “People’s values and needs are extremely diverse,” Samuel Hammond, the director of poverty and welfare policy at the Niskanen Center, told The Times. “I would say: Just give the parents the money.”

[“Give Parents Money, Not Universal Pre-K”]

Worth noting: In some conservative intellectual circles, “entitlement” logic still shapes opposition to state-sponsored paid leave programs. “If the private sector doesn’t provide it and we have to go to the government to get it, then you’re relying on the government,” Rachel Greszler of the Heritage Foundation said in 2019. “You’re not relying on yourself.”

But this argument may hold less sway with the American public on paid leave than it does with the child allowance: A recent CBS News/YouGov poll found that 73 percent of adults surveyed supported federal funding for paid leave. According to another poll conducted in May, 69 percent of respondents, including 55 percent of surveyed Republicans, would support such a policy even if it raised their taxes.

The Times recently asked 18 academics which of the four policies in the infrastructure bill they would make law if they had to pick only one. Public pre-K for children ages 3 and 4 was the winner, with half the experts choosing it. They said it was most likely to achieve multiple goals of family policy:

“When my collaborators and I have explored different outcomes — employment, wages, poverty — across a range of wealthy countries, the policy that has had the most powerful effect has been universal early childhood education,” said Joya Misra, a sociologist at the University of Massachusetts, Amherst.

Many experts, though, said it was a choice they would not want to make. “People need resources for coordinating family and employment across the life span,” said Joanna Pepin, a sociologist at the University at Buffalo. “Picking just one policy is akin to putting a fire out in one room of a house engulfed in flames and stopping.”

“Why Doesn’t the U.S. Have a European-Style Welfare System?” [National Bureau of Economic Research]

“The Trouble With Elizabeth Warren’s Child-Care Plan” [The Atlantic]

Here’s what one reader had to say about the last debate: The promise of lab-grown meat

Mike from New York: “Another point not brought up in this article, or anywhere else I have noted, is just how much energy and resources will the lab-grown meat require? It may well be that the production procedure will be more damaging to the environment than the raising of animals is if it requires, for example, massive amounts of electricity or heat, or hard-to-make production facilities using rare earths mined at great cost to the world.”