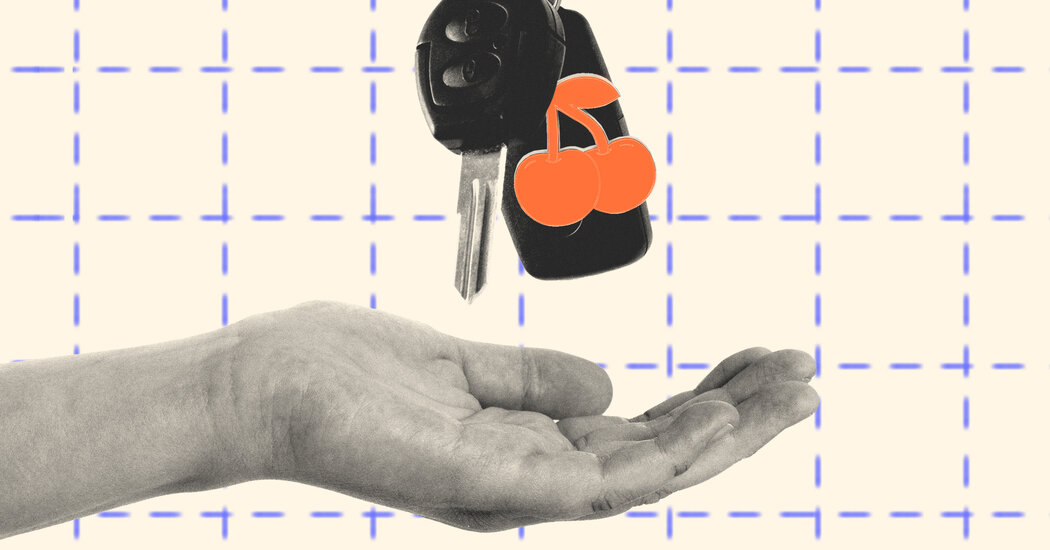 Used cars sure are expensive these days, but at least you can be pretty certain that whatever you buy won’t conk out the minute you drive it off the lot; in sales lingo, you’re far more likely to get a cherry than a lemon.

That’s a huge and welcome change from the bad old days, and it can be chalked up to three factors: the higher quality of manufacturing, in everything from engines to rustproofing; state and federal consumer protections; and most important, a profusion of data that enables the buyer to know (almost) as much about the vehicle as the seller does.

That matters because the used car market is huge. According to data compiled by the U.S. Department of Transportation, there were 40.2 million used cars and light trucks sold in 2019 versus 17.1 million new ones sold or leased.

I remember as a child seeing a cartoon of a used car dealership at the top of a long hill; the joke was that the buyer wouldn’t realize the car had no engine until getting to the bottom of the hill. An exaggeration, maybe, but used car dealers were widely considered unreliable. In 1985 the Illinois attorney general’s office reported that odometers were rolled back 49.8 percent of the time in an attempt to hide the wear and tear on a car. Clueless buyers would stroll around the lot kicking cars’ tires — not that they learned anything from it.

The dysfunction of the used car market was captured in a brilliant paper by the economist George Akerlof, “The Market for Lemons: Quality Uncertainty and the Market Mechanism,” which was published in 1970 in The Quarterly Journal of Economics. It helped Akerlof win the Nobel in economic science in 2001.

Akerlof correctly diagnosed the problem as one of asymmetric information: Sellers knew more than buyers. Fearing being ripped off, buyers would bid low. But as a result, sellers who did have high-quality cars would stop offering them because they could never get a fair price. So the only cars still offered for sale would be lemons. That’s called adverse selection. In the extreme case, the market simply ceases to function. (A similar thing can happen with health insurance: Insurers charge high premiums to protect themselves in case their customers have hidden health conditions, thus driving away healthy applicants.)

But a decade or so after Akerlof’s paper came out, things started changing for the better; the knowledge gap between buyers and sellers narrowed. State laws prohibiting odometer rollbacks helped. Once odometer readings became more reliable, sellers started featuring them more, and sales prices reflected them more, according to “Law and Lemons,” a study by Chihoon Cho, Richard Frankel and Xiumin Martin of the Olin Business School at Washington University in St. Louis.

Better yet, the authors found, average asking prices went up 5.8 percent after odometer rollbacks were banned. Sellers could ask for more because buyers were willing to pay more, and they were willing to pay more because they had more faith that they weren’t being cheated. State laws helped here as well, requiring the reporting of accidents that caused damage over a certain threshold, such as $500. State lemon laws required dealers to offer no-cost warranties on lower-mileage vehicles. And eventually quality began to improve, said the economist Costas Meghir of Yale. Today buyers believe it when a seller says that a five-year-old car is mechanically almost as good as new.

Carfax, which was started in 1984, may have been the single most important game changer. It began as a service to dealers, transmitting vehicle reports by fax machine, but it now serves mainly buyers. A Carfax report based on the vehicle identification number generally includes the number of owners a car has had; flood damage, if any; whether it has been in any accidents; and usually the severity of the accident. It will usually also have the service history, including the odometer reading at each servicing.

The beauty of this system, which Akerlof undoubtedly appreciates, is that sellers have a financial interest in sharing the information with buyers. Disclosure gives buyers the confidence to bid higher. So although a Carfax report costs $39.99, dealers will generally supply it at no charge. “It helps dealers and consumers trade fairly with each other,” said Patrick Olsen, the executive editor in charge of vehicle research content for Carfax.

I spoke with Adam Thierer of George Mason University’s Mercatus Center, a co-author of a 2015 paper, “How the Internet, the Sharing Economy, and Reputational Feedback Mechanisms Solve the ‘Lemons Problem.’” It’s personal for him: He used Carfax and other information tools to buy six used sports cars in succession, including a rare model of the BMW Series 8, over a decade starting in the late 1990s. “We moved from a world of information poverty to one of information abundance now,” he said. “And that is a remarkable change in my lifetime.”

Buying a used car — an expensive, highly engineered product with wear and tear — is more complex than most people realize, said Pat Ryan, the founder and chief executive of CoPilot, a Chicago-based company that locates used cars that match shoppers’ criteria. Information technology, he said, is solving that problem: “It’s like having the teacher’s answer key when we were in grade school.”

“Buy now, pay later,” the hottest trend in retail, can be either a convenient option for shoppers or a trap. “People are often overly optimistic regarding their plans and ability to pay down debt and they assume they will save more and spend less in the future and yet that often does not happen,” says an analysis by BEworks, a management consulting company specializing in behavioral economics. Such people can incur costly late charges.

On Dec. 16 the Consumer Financial Protection Bureau issued orders for information to five companies in the space: Affirm, Afterpay, Klarna, PayPal and Zip. I asked the companies for their reaction. Affirm said it doesn’t charge late fees. Afterpay and Klarna said they “pause” accounts from future purchases if a payment is late. PayPal said it ended late fees globally Oct. 1. Zip said it “will continue to prioritize regulatory compliance.”