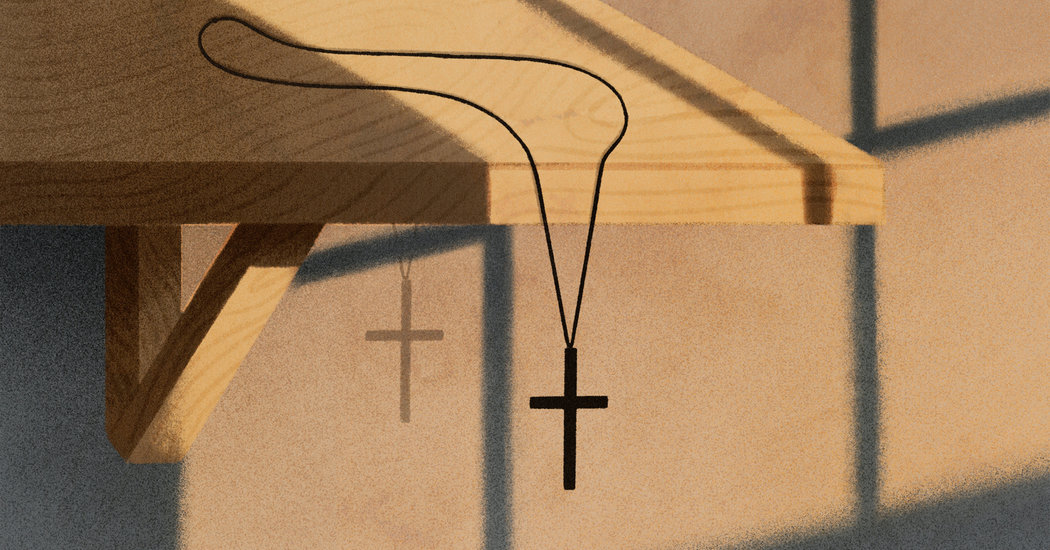 The Christian season of Lent, a time of repentance and reflection, is upon us. The weeks that begin with Ash Wednesday culminate in Holy Week, a commemoration of the Passover feast in roughly the year A.D. 33, during which Jesus triumphantly entered Jerusalem, was condemned and crucified by the Roman authorities, and — in the Christian understanding of the world — rose from the dead.

In the words of an Anglican prayer for the 40 days of Lent, believers implore the Lord to “come quickly to help us who are assaulted by many temptations; and, as you know the weaknesses of each of us, let each one find you mighty to save.”

Given the state of the nation two millenniums on, it is difficult to conceive of something more counterintuitive than the Christian ideal. For many Americans, especially non-Christians, the thought that Christian morality is a useful guide to much of anything these days is risible, particularly since so many evangelicals have thrown in their lot with a relentlessly solipsistic American president who bullies, boasts and sneers. The political hero of the Christian right of 2020 has used the National Prayer Breakfast to mock the New Testament injunction to love one’s enemies, and it’s clear that leading conservative Christian voices are putting the Supreme Court ahead of the Sermon on the Mount.

And yet history suggests that religiously inspired activism may hold the best hope for those in resistance to the prevailing Trumpian order.

I’ve come to this view in publishing a small book of reflections on the last sayings of Jesus from the cross — a devotional exercise, to be sure, but one that’s brought to mind the motive force of a Christian message based not on Fox News but on what those first-century words meant then and can mean now. “Father, forgive them”; “Assuredly, I say to you, today you will be with me in Paradise”; “Father, into thy hands I commend my spirit” — these remarks from the Gospel accounts of the Passion form a kind of final sermon from Jesus, one about forbearance, duty, love and mercy.

I am a Christian (a very poor one, but there we are), but I am also a historian, and contemplating the beginnings of the story of my ancestral faith has led me to think about the uses of Jesus down the eons. Yes, Christianity has been an instrument of repression, but in the living memory of Americans it has also been deployed as a means of liberation and progress — which feeds the hope that it can become a force for good once more.

The secular wish to banish religion from the public square is perennial but doomed; one might as well try to eliminate economic, geographic or partisan concerns. “All men,” Homer wrote, “have need of the gods,” and the more productive task is to manage and marshal the effects of religious feeling on the broader republic. “In ages of faith the final aim of life is placed beyond life,” Alexis de Tocqueville said in “Democracy in America,” written in the Age of Jackson. “The men of these ages,” he added, “learn by insensible degrees to repress a multitude of petty, passing desires.”

Don’t take my word for it. Take, instead, that of John Lewis and of the Rev. Dr. Martin Luther King Jr., men whose Christian belief brought America to account on the question of domestic apartheid just over a half century ago. Their words and actions can be traced directly from the words and actions of Jesus. King’s vision was grounded in both the Bible and in Gandhi. “It was the Sermon on the Mount, rather than a doctrine of passive resistance, that initially inspired the Negroes of Montgomery to dignified social action,” King recalled of the Montgomery bus boycott. “It was Jesus of Nazareth that stirred the Negroes to protest with the creative weapon of love.”

King had been deeply influenced by the theologian Walter Rauschenbusch and his 1907 book “Christianity and the Social Crisis,” which argued that Jesus called the world not simply to contemplate but to act. “The Gospel at its best deals with the whole man, not only his soul but his body, not only his spiritual well-being, but his material well-being,” King wrote in a Rauschenbusch-inspired passage. “Any religion that professes to be concerned about the souls of men and is not concerned about the slums that damn them, the economic conditions that strangle them and the social conditions that cripple them is a spiritually moribund religion awaiting burial.”

Representative John Lewis, Democrat of Georgia, was perhaps King’s most devoted disciple. Growing up in Pike County, Ala., he overcame a childhood stutter by preaching to the chickens on his parents’ tenant farm. Hearing King on the radio, Mr. Lewis was moved to action, and came to share the older minister’s philosophy of Christian nonviolence. Their inspiration came from the New Testament: “Blessed are the meek, for they shall inherit the earth”; “Blessed are they who are persecuted for righteousness’ sake, for theirs is the kingdom of heaven.”

As Mr. Lewis recalled, the struggle within time and space was about “Heaven and earth. This was the Social Gospel in action. This was love in action, what we came to call in our workshops soul force.” The goal? “The Beloved Community,” which was, he said, “nothing less than the Christian concept of the kingdom of God on earth.”

This was the vision that brought America to account in the mid-1960s — which was, historically speaking, the day before yesterday. It was a religious vision. One need not profess faith in traditional terms to share it, of course; no sect, no nation, has a monopoly on virtue. And as the fourth-century Roman writer Symmachus noted in arguing against Christians who wanted to remove an altar to the pagan deity Victory, “We cannot attain to so great a mystery by one way.”

I agree. But the American past unmistakably tells us that one way to a more perfect union, one way to a nation where equality before the law and before God is more universal, is the way of King and of Lewis. Which was is also the way of Jesus.

People of faith are called — again and again and again — to return to the foot of the cross. It’s a terrifying place to stand. But that is where the story Christians profess begins. It is a story about love, not loathing; generosity, not greed. In our time, the will to power has all too often overwhelmed the words of Jesus — and that is why we must hear and heed those words anew.

Jon Meacham is the author of “The Hope of Glory: Reflections on the Last Words of Jesus from the Cross.”