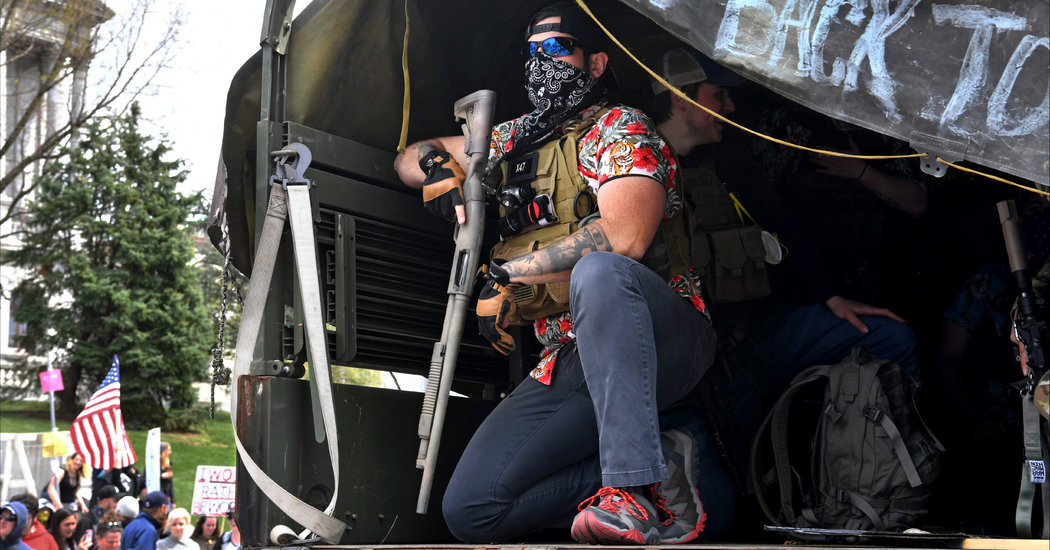 As the coronavirus sweeps the globe, and as the number of cases nationwide approaches the one million mark, most American towns and cities are under shelter-in-place orders, while a few states remain largely open for business or announce plans to lift restrictions. Discontent with stay-at-home rules has begun bubbling up, leading to large protests in Michigan and beyond, as states and the federal government attempt a delicate balancing act between blunting the virus’s spread and avoiding economic collapse.

One of the reasons it’s proving so difficult to organize a broad response is that the means needed to fight the coronavirus challenge basic principles of autonomy and liberty. This pandemic forces a rethinking of how our own rights may conflict with — even endanger — the well-being of others, when each of us could be an unwitting disease vector for the virus.

This is an unpleasant thought experiment for limited-government conservatives, who center our politics on the importance of individual liberties. A lockdown runs counter to the spirit of rugged individualism that takes on near-mythic proportion in America, particularly among libertarian-minded conservatives.

The latest battleground is Georgia, whose Republican governor has recently announced that the state would begin a measured reopening, a move pilloried as premature by the state’s Democrats, local mayors, pundits and even President Trump. His opponents have called the decision wantonly reckless, even in a state where more counties have had fewer than 20 cases than have had over 100.

For those more trusting of government and its intentions, it can be easy to conclude that all resistance to expansive efforts to lock down the country are made in bad faith or out of basic ignorance of the scope of the consequences.

But resistance runs far deeper. While we can, and should, condemn the selfish and stupid stunts making the rounds on social media, most aren’t simply pushing back against the idea of a quarantine because they’re shortsighted or don’t know enough. An extended lockdown is not without enormous consequences. The well-being of millions of Americans hangs in the balance.

Extensions of social distancing and other closure requirements will be the death knell for small businesses that took a lifetime to build. In the past five weeks, 26 million Americans have filed for unemployment, an unthinkable number before the present crisis. A quarantine conflicts with that independent spirit, deeply enmeshed within the American DNA, which resents and rejects being told what to do.

These concerns shouldn’t be written off as anti-scientific or rapacious. Outside of the Beltway, far from the halls of power, countless Americans still agree that there’s little more frightening than an overzealous government arriving, claiming to be there to help, pandemic or not. It’s worth remembering the history and lived experiences that have created this deep-seated skepticism, especially during a time of government expansion not seen since the Great Depression.

But conservatives shouldn’t conflate the ephemeral necessity of collective sacrifice in pursuit of the greater good with an assault on individual freedom, particularly in moments of crisis. Not every compromise is a harbinger of tyranny.

The coronavirus pandemic, it has been said, lays bare the underlying structural problems and inequities that exist in our system. As we attempt to marshal a collective response to the virus, our own instinct to see the world through only our own eyes presents yet another impediment that we must confront together.