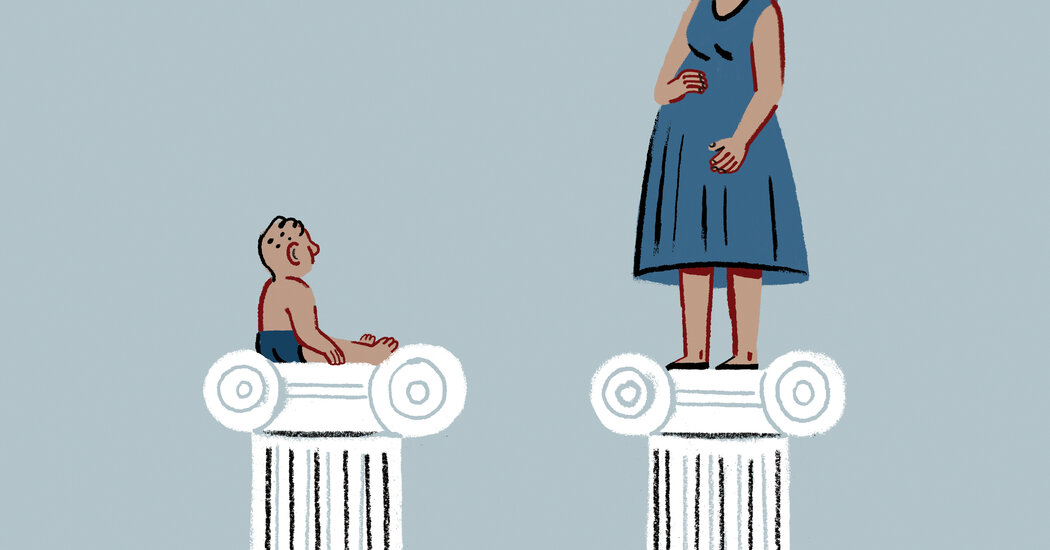 The court has narrowed the scope of the case to one question: It asks “whether all pre-viability prohibitions on elective abortions are unconstitutional.” The case is an opportunity to dismantle the viability framework for regulating abortion, a framework that has proved to be both incoherent and inhumane.

Although strong majorities of Americans say that they support Roe when asked about it by name, majorities in some polls have also supported banning abortion beginning in the second trimester, which Roe does not allow. That standard would make our laws comparable with the laws of Europe, where many countries set a 12-week limit for elective abortions. The limit sounds more restrictive than it is in practice — in the United States, over 90 percent of abortions occur before 13 weeks.

A post-Roe world might not be as different as abortion opponents and supporters expect. But rejecting the viability standard offers the opportunity for a new conversation about how we care for the dignity of mothers and their children.

With abortion governed by a viability standard, women and babies are pitted against each other. Every advance that can save a wanted baby delivered early is a further constraint on women who do not want to carry their children to term. Researchers studying artificial wombs are warned that their research is threatening to abortion-rights advocates.

This tension was apparent in the years after Roe. In the 1983 case Akron v. Akron Center for Reproductive Health, Justice Sandra Day O’Connor observed in her dissent that advances in medicine were already making the Roe standards obsolete. She wrote: “As the medical risks of various abortion procedures decrease, the point at which the state may regulate for reasons of maternal health is moved further forward to actual childbirth. As medical science becomes better able to provide for the separate existence of the fetus, the point of viability is moved further back toward conception.”

The court held in Akron that requiring second-trimester abortions to be performed in hospitals was unreasonable. Doctors had adapted the dilation and evacuation method for the second trimester, performed outside hospitals, and it posed little risk to the mother. Justice O’Connor noted in her dissent that medical advances affected both parts of Roe’s balancing test. While a 28-week cutoff for viability seemed reasonable at the time of Roe, medical conditions had changed and “fetal viability in the first trimester of pregnancy may be possible in the not too distant future.”

We haven’t hit that milestone yet, but the viability standard has always been a moving target. A decade before Roe v. Wade was decided, President John Kennedy lost his son Patrick Bouvier Kennedy when he was born five and a half weeks prematurely. The boy weighed just under five pounds, and he did not survive because of a breathing disorder.

Thanks to advances in neonatology, Patrick would almost certainly have survived if he were born today. A baby born at five and a half weeks prematurely isn’t considered at high risk, merely “moderately or late preterm.” When I was pregnant for the seventh time, after six miscarriages, I kept careful track of the week, praying to make it past 22 weeks, when my baby would have a shot at survival if something went wrong. I scrolled through the Twitter feed of TwentyTwoMatters, looking at pictures of babies who were less than a pound at birth and seeing them celebrate sixth birthdays. Viability wasn’t a promise, but these children were proof that I could begin to hope.

Viability can’t be pinned down to a precise cutoff. The children featured in TwentyTwoMatters are the lucky ones — more than half of babies born at 22 weeks who are treated in intensive care don’t make it home from the hospital. Viability depends on where the mother delivers — an extremely premature baby born before 23 weeks or one facing complications might be viable if the baby receives care in a Level 3 N.I.C.U., but probably not if the baby doesn’t. If the Supreme Court jettisons the viability standard in Dobbs, it will acknowledge that our dignity, before and after birth, does not depend on our ability to stand on our own. Every baby has a demand on its mother, and the mother’s need creates a just demand on the society around her. Voters in both parties are more divided on the issue than their party platforms suggest. Americans struggle with how to balance care for the vulnerable with the needs of women in a world that is hostile to babies and mothers.

This question of values isn’t one the Supreme Court can or should answer for us. For too long, Roe has been supported as a totem, while majorities have opposed its actual framework. If the Supreme Court holds to a viability standard, it will continue to revisit abortion laws as the viability cutoff shifts and the justices must weigh scientific practice, not constitutional law.

The 15-week ban in Dobbs is as arbitrary as the previous trimester framework. Setting a coherent standard requires us to reckon with the biology of fetal development and the philosophy of human dignity.

If viability is too muddled a standard to apply, the burden is on supporters of abortion access to propose a better criterion to balance the interests of parents and children. It is their job to find a particular development between conception and birth in which the legal and ethical claims of the child change. Meanwhile, it is the task of anti-abortion groups to make a post-Roe world that is as attentive to the needs and dignity of a mother as to those of her child.

With Dobbs, the Supreme Court has a chance to reopen this question for a country that remains divided. There’s no obvious compromise on the horizon, but that is the condition of a pluralistic nation with divides on values. Roe’s viability framework isn’t an answer to these questions. It’s an obstacle to debating them.

Leah Libresco Sargeant (@LeahLibresco) is the author of “Arriving at Amen” and “Building the Benedict Option.” She writes about the dignity of dependence at Other Feminisms.