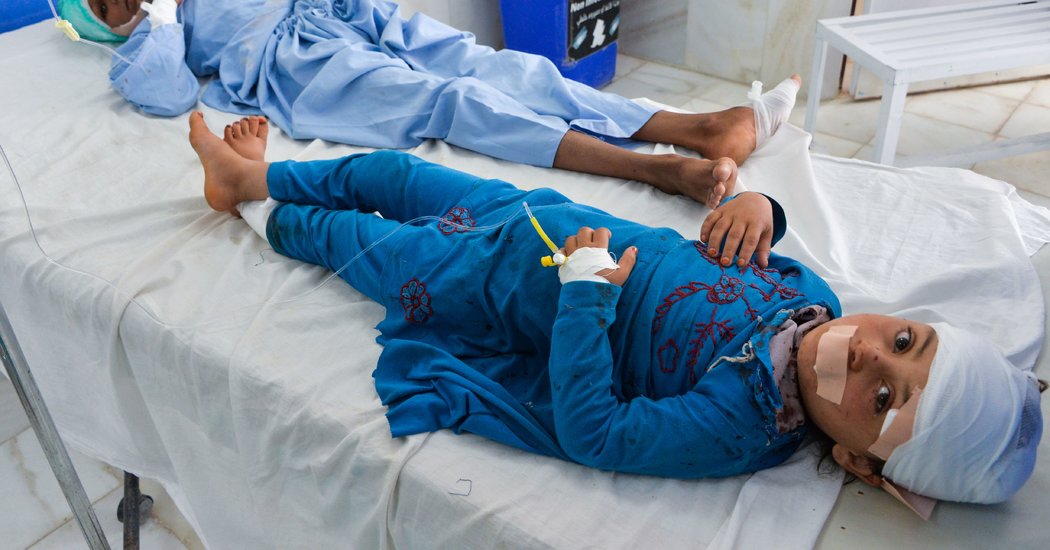 Last Saturday, the United States and the Taliban started a weeklong partial truce that, if it holds, could lead to the signing of a peace pact by the end of the month. To many, that could mean America’s more than 18-year war in Afghanistan might finally be drawing to a close. But this is a dangerously misguided belief.

In the final two years of my C.I.A. career, I was chief of counterterrorism for South and Southwest Asia, which includes Afghanistan and Pakistan. I am also a father who spent many sleepless nights worrying about my son during his two tours in Afghanistan with the Marine Corps. No one wants peace more than me. But I don’t share the optimism of those extolling the promise of this seven-day “reduction in violence.” I do not even believe that we have come to “the end of the beginning,” as Winston Churchill put it. Rather, the obstacles to peace are so profound and so numerous that the chances of a meaningful peace deal being signed, much less honored, strike me as vanishingly small.

To start with, the Taliban leadership has no incentive to embrace a deal that in any way requires concessions on their part, for one major reason: They believe they are winning. The Taliban has successfully challenged the government for control of rural areas, and by doing so, the roads necessary to resupply major urban areas. And while the government in Kabul can claim support from a greater percentage of the overall population — mainly people in the major cities — the Taliban continues to extend the territory over which it rules.

At the same time, the government of President Ashraf Ghani is facing a major political crisis over a contested election in which both he and his main political rival, Abdullah Abdullah, have claimed victory. (Mr. Abdullah has threatened to form a parallel government if he is not installed as president.) Moreover, the Trump administration seems intent on drawing down American forces to 8,000 troops, from 14,000, regardless of whether the Taliban takes any reciprocal action.

Why, then, would the Taliban agree to anything that might hinder what they see as their inevitable march to power? Time and momentum are on their side.

The insurgency’s leaders also face considerable internal resistance to signing a meaningful peace deal. The United States will insist that the Taliban enter negotiations with the American-backed government in Kabul and allow a residual force of American troops to remain inside Afghanistan to attack Islamic State and Al Qaeda forces.

But it is hard to imagine the Taliban leadership successfully convincing its fighters and most ardent supporters to accept those provisions, after years of deriding the government as “illegitimate American stooges” and of demanding that all foreign forces leave Afghan soil. Taliban leaders know that accepting any of those concessions could jeopardize their tenuous control of the movement, potentially snatching defeat from the jaws of victory.

Just negotiating with the Taliban is a treacherous proposition, given how diverse, decentralized and factionalized the group is. Afghanistan has historically been controlled by regional warlords with no enduring loyalty to any particular ideology, leader or cause. Even today, such regional strongmen continue to defy central authority, be it that of the Kabul government or the Taliban. The Taliban itself is no different. Predominantly Pashtun, it comprises various geographic and tribal constituencies, and its leadership struggles to maintain cohesion among those groups.

At the top of the Taliban hierarchy is Mawlawi Haibatullah Akhundzada. A hard-line religious scholar from the Taliban’s southern base of support in Kandahar, he was long a senior figure within the group’s Islamic courts. He leads by virtue of religious credentials and connections rather than military credentials, and is known as a consensus builder unlikely to take risks.

One of his deputies is Mullah Muhammad Yaqoub, the son of deceased Taliban founder Mullah Muhammad Omar. Now 30 years old, Mullah Yaqoub ostensibly leads the Taliban’s Quetta-based shura, or council, overseeing Taliban activities in the country’s more predominantly Pashtun south and west. But he lacks battlefield experience and his bloodline provides little guarantee that his father’s loyal followers will consistently support him.

The Taliban leader with the most battlefield credibility is another deputy, Sirajuddin Haqqani, leader of the shadowy Haqqani network that controls the Taliban’s Peshawar-based shura, with operations in northern, eastern and central Afghanistan. Separated by mountains from the southern Pashtuns as well as Afghanistan’s northern Tajiks and Uzbeks, the Haqqani network’s manpower, financial resources and battlefield skills, particularly suicide bombings and kidnapping operations learned through cooperation with Al Qaeda, have been crucial to Taliban success.

It is telling that Mr. Haqqani was the author of a Times Op-Ed last week asserting that the Taliban was prepared to accept a peace accord. The Haqqani network is the Taliban’s most independent and militarily effective fighting force. In having the reclusive Mr. Haqqani be author of the piece, the Taliban leadership might have been trying to send a message of unity to both the West and to Taliban commanders in the field.

Even so, there’s another impediment to securing a real peace deal: Members of the Taliban’s Qatar-based negotiating team are largely disconnected from and disrespected by the Taliban’s senior leadership. The lead negotiator, Sher Mohammad Abbas Stanikzai, is a career Taliban politician, not a warrior, who was replaced as deputy Taliban foreign minister in the late 1990s after his own falling out with Taliban leadership. The team’s ostensible chief is Mullah Omar’s former deputy, Mullah Abdul Ghani Baradar, who was wasting away in a Pakistani prison until the United States pushed for his release in late 2018, probably because he has long supported negotiations.

So what is really driving these peace talks? The answer seems to be President Trump, who has promised to end America’s involvement in Afghanistan and made the release of American hostages a priority. The president’s special envoy for Afghanistan, Zalmay Khalilzad, a Trump loyalist, is determined to secure a deal that need only survive until the fall election. Mr. Khalilzad, who appears to be interested in becoming secretary of state in a second Trump term, pressured President Ashraf Ghani last November to release Anas Haqqani, Sirajuddin Haqqani’s younger brother, along with two other prominent Haqqani network officials, in exchange for two Westerners held by the group. The exchange was viewed as a crucial first step toward revitalizing the negotiations. But in a bad omen for the impending deal, a cease-fire in Zabul province that was promised as part of the prisoner exchange never materialized.

All of this means that the Taliban will have little to lose from signing a deal that they can walk away from, and much to gain when the United States draws down its forces. Significantly, among the American troops that will depart are those who train the most effective government fighters, the Afghan special operations forces. Those commandos have had an outsize impact in relieving besieged Afghan cities. Neutralizing them is a key goal of Taliban and Haqqani field commanders.

I am not arguing that the United States should keep troops in Afghanistan forever. But there are better ways to seek a true, lasting peace — such as by treating Afghanistan as the fractured nation it is and negotiating separate deals with regional Taliban leaders and warlords.

No one cares more about finding lasting peace in Afghanistan than those of us who have toiled on these issues for years and lost friends on its battlefields. But there is little reason to believe that an agreement calling for substantial concessions from the Taliban is possible right now, regardless of the optimistic talk emanating from Washington. A one-week “reduction in violence” is not a cease-fire, and a deal that yields concessions without demanding any in return will not bring real peace.

Douglas London (@douglaslondon5) served for 34 years in the C.I.A. across the Middle East and South Asia and is an adjunct associate professor at Georgetown University’s Center for Security Studies.