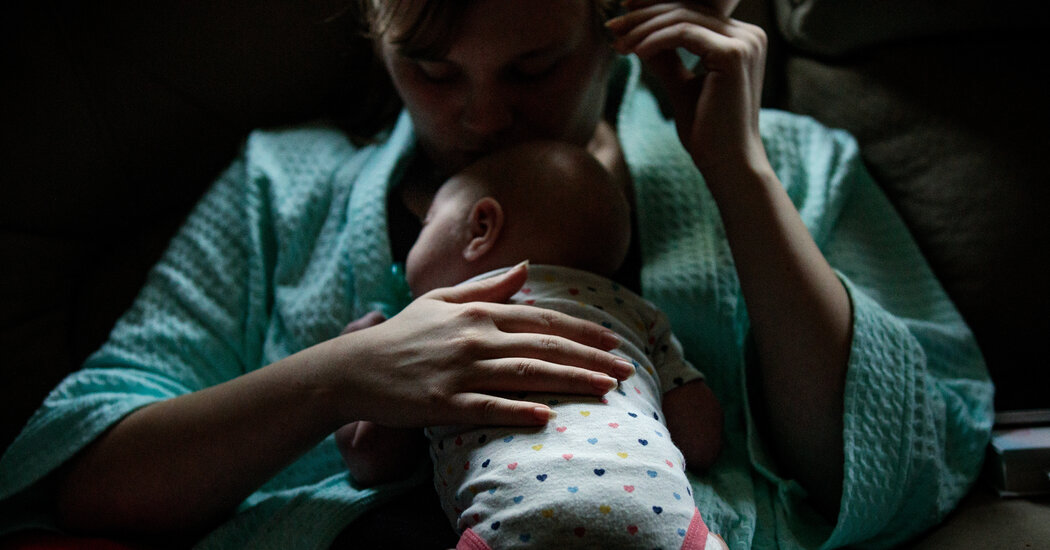 When the federal government started sending monthly checks to families with children earlier this year, Democrats predicted that the program would be a big hit. They were counting on public support to extend the payments beyond this year, and to pass a broader expansion of federal aid for families.

So much for that.

Enthusiasm has fallen short of the party’s expectations, and Democrats are facing a gut-check moment. The Biden administration is struggling to win the unified support of Senate Democrats for an expansion of social welfare programs, and public opinion polls suggest that the misgivings of centrist Democrats, notably those of Senator Joe Manchin of West Virginia, are shared by many Americans.

One sign of the change in political weather: A Gallup poll last year found that 54 percent of Americans thought government “should do more to solve the nation’s problems,” the highest level in the nearly three-decade history of the annual poll. This year’s results, released this week, showed that only 43 percent now support that statement.

Some Americans see evidence that Democrats are trying to do too much. Others think that Democrats are losing a war of ideas that is undermining public support for necessary change. The most optimistic predict that voters will come around.

The rocky launch of the child benefit suggests there is some truth in all three explanations.

This board continues to support the Biden administration’s spending plans. In addition to the monthly benefit payments, the administration and its congressional allies are proposing to mandate family leave, to provide child care subsidies and funding for prekindergarten and to expand access to affordable housing and health care.

These are all worthy goals, even if they cannot all be funded in this legislation.

Families need help. The government has an obligation to provide it. There is no evidence that the United States is approaching the limits of its resources. Interest rates remain near historical lows, indicating that the bond market is ready to fund the administration’s ambitions and is also holding down the cost of interest payments.

But there is one way in which the government appears overstretched: execution.

Recent expansions of social programs, like the Affordable Care Act’s health insurance marketplaces and the distribution of economic aid during the pandemic, have been plagued by failures to get help to the right people, failures to prevent the wrong people from taking advantage and a fair amount of general chaos.

A study of the new child benefit, for example, found that it is strikingly successful in reducing food insecurity. But the study also found that fewer than 60 percent of families with incomes below $25,000 reported getting the payments. Because the government is struggling to distribute the payments, the researchers concluded that the program is delivering about half of its potential benefit.

Americans have a right to expect that the government will not waste money and that it will deliver on its promises. Spending to improve the administration of benefits programs may not be popular in itself, but it is necessary — and it could help to improve public support.

Those seeking to expand the government’s role in American life also need to engage the ideological arguments of their opponents. Many Americans regard government benefits as a kind of charity that ought to be reserved for those whom they consider both needy and deserving — generally speaking, the working poor. This is what Mr. Manchin meant when he said recently: “I don’t believe that we should turn our society into an entitlement society. I think we should still be a compassionate, rewarding society.”

Some proponents of President Biden’s plans are inclined to grant Mr. Manchin’s point and then argue for programs like the child benefit on the grounds that it is a worthy kind of charity.

The better argument is that Mr. Manchin is wrong. Paying taxes is not a form of noblesse oblige, and the social safety net is not a philanthropic project. This nation’s prosperity is a collective achievement, and Americans are entitled to share in that prosperity. Americans also need government support to contribute to that prosperity. A basic goal of providing more help to parents with dependent children is to allow those parents to engage in paid work and to allow their children to become flourishing members of society.

It is hard to persuade an aging nation to pay for child care. Only about a third of American households include dependent children. While older Americans may have raised children, they may also recall a time when raising children was considerably less costly.

Mr. Biden’s legacy may well rest on his ability to confront that challenge and to persuade Americans that his spending plans serve the nation’s common and collective interests.

Democrats have exactly 50 Senate votes, so the scope of those plans is constrained, unavoidably, by the views of the least enthusiastic member of the caucus. But it ought not to be dictated by the results of the latest public policy poll. Democrats must consider public opinion, of course, but they were ultimately elected to enact laws they regard as necessary. They must act in the public interest, not in the interest of public opinion.

If those policy choices are executed effectively, they may well become popular, too.