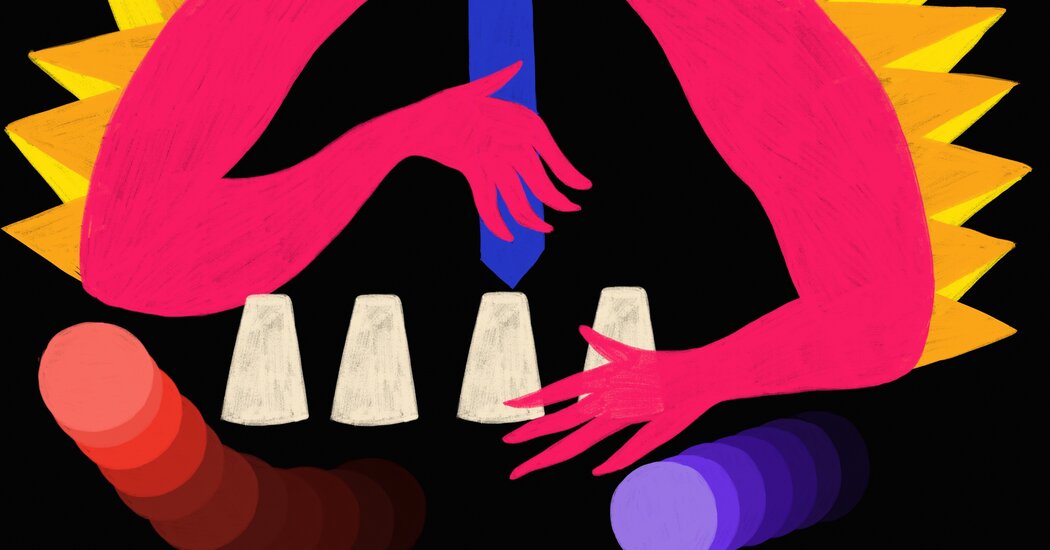 In my most recent newsletter, I drew our attention to two recent political news items that resonate with my professional interest in scams: reporting on the Direct Sellers Association’s donations to Senator Kyrsten Sinema — a subject of our discussion on presentation as politics — and on Dr. Mehmet Oz’s transition from spokesman to political candidate in Pennsylvania.

Since we last met in these pages, Dr. Oz announced that he is running for U.S. Senate. His campaign is one example of how the stigma usually associated with being involved in scams seems to be waning. At the least, being associated with shady vitamin supplements or questionable network marketing schemes doesn’t preclude running for office. Many of you wrote in that there is nothing new about ethically challenged people running for political office, and you are right. But there is something specific about our current culture that makes scams feel more dangerous than they were in the past.

We would benefit from making the stakes clear. Scams are opportunistic interactions that prey on people’s greed or compassion, replacing cooperation with competition. Scams weaken our trust in social institutions, but their going mainstream — divorced from empathy for the victims or stigma for the perpetrators — means that we have accepted scams as institutions themselves.

That is disastrous for public life. What, for example, happens when the Supreme Court becomes just another scam, a scheme to subject women to conditional personhood for the purpose of political gain? So our discussion of scams is timely. They’re not just about annoying Facebook invites from your college roommate, the one with the bouncy bangs and questionable ethics. Scams are also about the foundation of pluralistic democratic life.

That leads us to an important question: What do we mean by “scam”? Sociologically, scams are about norms and not about legality. Scams are not necessarily illegal. That is one reason being associated with a misleading product or bad business model does not preclude you from being in public life.

In our exploration of scams, this is the definition I will be drawing on: A scam is a strategy or arrangement intentionally designed to benefit a few participants by obscuring the risk or cost for other participants.

Some scam artists often do this by making a fundamental claim about what they’re trying to sell you on (something like “There is an endless supply of new customers”) that implies a natural truth that cannot be violated. In “The Dream,” a podcast about multilevel marketing that I listened to, as promised, one of the co-hosts, Jane Marie, says that in multilevel marketing and pyramid schemes, this claim is called the endless chain — you can never run out of recruits. It is a truth claim that cannot be supported and that someone in the scheme knows to be false. It is a norm violation. And when we realize that this norm has been violated, it makes us feel tainted and maybe a little angry. Every scam plants a small seed of social distrust. That brings me to the reason it is important that we talk about scams now.

So much of everyday life seems rigged against us. That is reflected in studies, like a 2018 Pew Research survey of Americans and social trust, that support the claim that we just do not trust our institutions or one another. There are the big things, like the outsize role that money and influence play in electoral politics. When I do fieldwork at public political events, I hear over and over again from people across the ideological spectrum just how unheard they feel. How is it possible that an elected representative can get away with meeting with lobbyists but rarely, if ever, talking to his or her constituents?

There are also the little things, small-scale but just as important. Increasingly, people sense that the system is designed to take advantage of them. Even if you do not follow electoral politics, you probably feel deliberately misled by a product or a business or a service that used to be easy but suddenly seems so hard. Covid has disrupted a lot of consumer behavior, but even before the pandemic, many consumer interactions had become oddly hostile.

A recent visit to a chain store involved having to tell a clerk, herself surely under undue pressure from management, five times that I did not want to sign up for a store discount card. I met a colleague at a local restaurant last week. We did not have reservations, and there were plenty of available tables. Still, the hostess said we had to leave a cellphone number to be seated. When I asked her why, she said it was in case I left something behind. A few hours after giving it to her, I had five new spam emails from restaurants and two spam texts for weight loss supplements. I suspect the two events are linked. I felt a little scammed.

But at least I do not have any bad debts (anymore — my 20s were fraught), because a Trump-era Consumer Financial Protection Bureau ruling went into effect this week that would allow debt collection agencies to contact debtors on social media and by text message. We already cannot use our cellphones as telephones anymore because spam phone calls are running amok, and now this ruling will allow social media to join that party. From buying a gallon of milk to making a dinner reservation, all the way up the chain to electoral malfeasance, so many of our interactions feel weighted away from social connection in favor of extracting every ounce of unfair advantage from every single human activity. Not to overstate it, but a pluralistic democracy simply cannot function when most of its citizens cannot trust that the arrangements that they rely on to meet their basic needs are roughly fair.

Corporations, platforms, politicians, friends and relations have sown so many tiny seeds of distrust that of course we do not trust our social institutions or one another. That is more than a bad investment deal or a shady business practice. That is an indictment of a culture. And that is what we will start talking about in the new year: scam culture. A scam culture is one in which scamming has not only lost its stigma but is also valorized. We rebrand scamming as “hustle,” or the willingness to commodify all social ties, and this is because the “legitimate” economy and the political system simply do not work for millions of Americans.

We will focus on the joy of the holidays for the next couple of weeks. I have a special issue of the newsletter on giving for Christmas and New Year’s meditations for the end of the year. But as 2022 dawns, we will start exploring the nooks and crannies of scam culture. As we ease into the season of slowing down, I hope all of you have a chance to do just that. For my part, I set my out-of-office messages two weeks earlier than I did in years past. Nothing about right now is normal, and it is OK that we admit it. I hope you experience rest and recharging, which are not necessarily the same thing. Rest is what brings you peace, and recharging is whatever builds your resilience. I suspect we will need both peace and resilience in the new year.