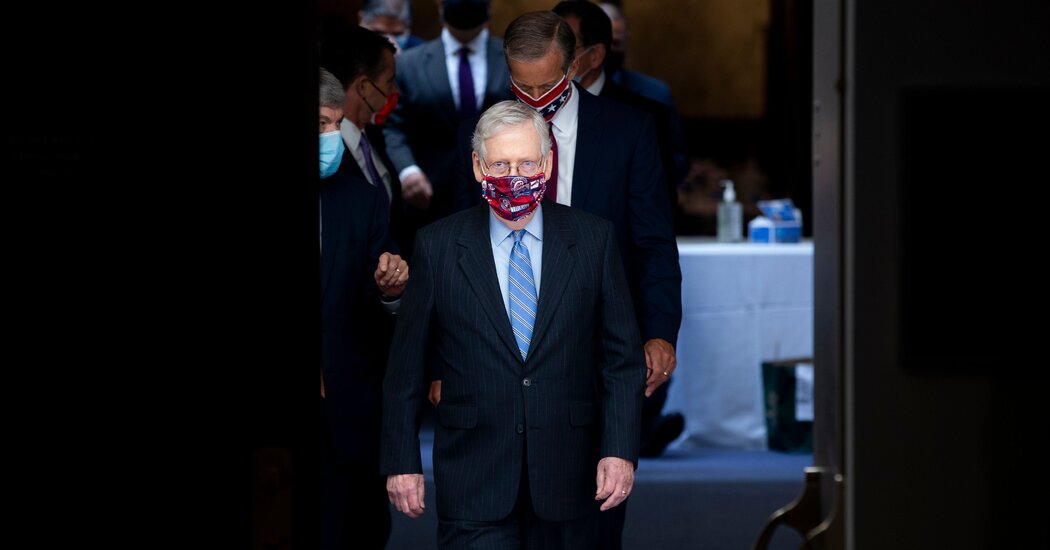 On Friday, Congress effectively pushed millions of Americans off a financial cliff when it failed to extend the enhanced unemployment benefits put in place in March to soften the economic pain of the coronavirus pandemic. Millions of Americans are also in imminent danger of losing their homes as federal moratoriums on evictions expire.

Preventing this widespread suffering should be the top priority for lawmakers. Instead, the Republican-led Senate dragged its feet for months on another aid package. The Democratic-led House of Representatives passed a $3 trillion relief plan in mid-May. It took until July 27 for the Republican Senate leaders to offer their anemic, $1 trillion counterbid, which everyone seems to have a problem with, albeit for differing reasons. Democrats think it is insufficient to the magnitude of the crisis. The White House favors a short-term, piecemeal fix — larded with unrelated measures, like $1.75 billion for a new F.B.I. headquarters and nearly $400 million to renovate the West Wing — and many Republican members oppose any additional relief.

Negotiations are, to put it mildly, going poorly. The Senate majority leader, Mitch McConnell, is engaged in a political charade in which he proclaims himself a hapless bystander, buffeted by the whims of the White House on one side and House Democrats on the other. He is not even attending key meetings between Democratic leaders and the administration’s top negotiators.

But Mr. McConnell is far from without leverage. He must make clear to his members that they need to compromise and help the millions of their fellow Americans who are stuck in miles-long food lines, a hair’s breadth from eviction, jobless, financially ruined or ill because of this terrible disease. One quick and direct way to send a message: Cancel the Senate’s August recess, or at least postpone it until a deal is reached.

It may sound odd to call for treating high elected officials like naughty schoolchildren by denying them their summer break. But lawmakers value their time back home. In a brutal election cycle, with control of the Senate on the line and Mr. Trump’s weak poll numbers giving his party agita, Republican members on the ballot in November are eager to concentrate on their re-election prospects. Nothing focuses the congressional mind quite like anxiety about one’s own political fortunes.

Staying in Washington until they get this crucial piece of the job done is the least that senators can do to show their solidarity with the legions of Americans who are facing far worse this summer than a canceled holiday.